ZamZam Elmoge of Lewiston Prepares for a Career in Film 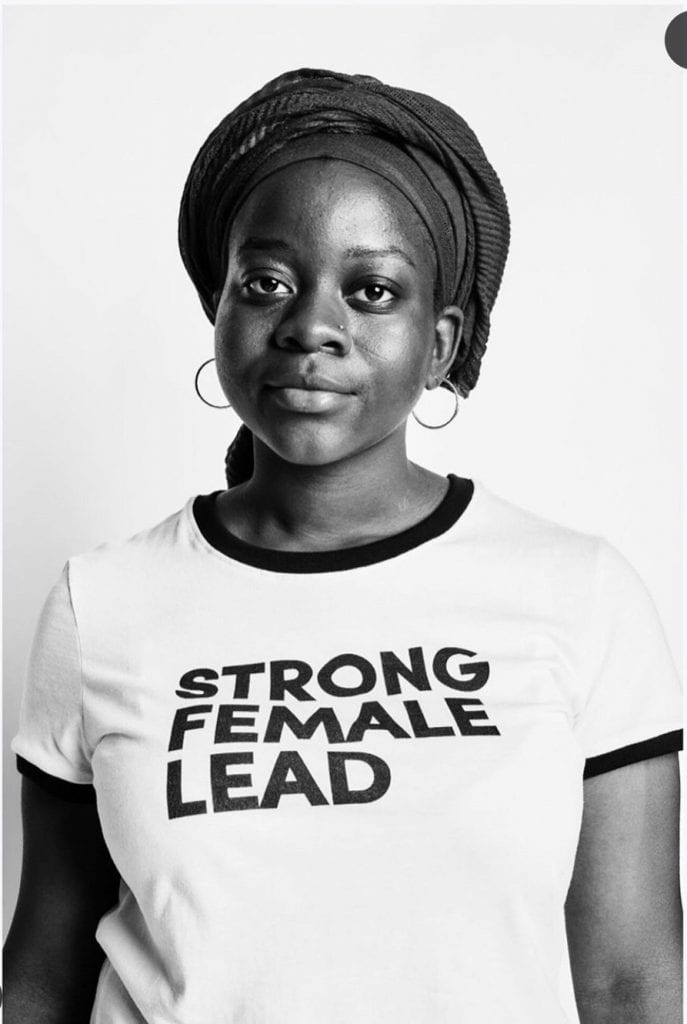 When ZamZam Elmoge talks about art, social justice, and film production, it is easy to forget she is just 17 years old. Currently a senior at Lewiston High School (LHS), she launched the GenZ Project, a film-based storytelling initiative, during the summer after her freshman year. GenZ’s first film, which premiered in 2018, was the award-winning Reason 4369. Barayubaka – which will be screened in Lewiston on May 30 – is GenZ’s second film.

ZamZam came to her interest in film gradually, and on her own. “I was a ‘normal’ kid in elementary school,” she said, “but by sixth grade I had figured out I was artistic. I wasn’t yet passionate about doing art, but I saw that kids had started watching me draw.” By eighth grade she was painting as well as drawing, and the summer after eighth grade she painted 70 watercolors and sold them all on the Bates campus, giving the money to her mother, who was out of work at the time.

Around this time, Zam Zam began to think about film as an art form. “I realized that my parents didn’t think about how films were made, they just watched movies. But I started re-watching films to see how they were put together, how the soundtrack worked.” She credits two experiences with definitively setting fire to her growing interest. The first was a book she read, which told the story of young people living with mental illness. ZamZam recalls the author mentioning that she was working on a film as well as a book, and thought, “I want to do that – tell people’s stories through film in a way that will help others understand them better.”

Then came her first summer session at Seeds of Peace Camp when she was 15. “Seeds of Peace changed my life,” she said. “I met lots of kids with different identity backgrounds, kids who care about justice and wanted to change the world for the better. I realized that my passion was changemaking and doing activism. Because of Seeds of Peace, I started to focus on issues of justice in the world around me. Camp didn’t just help me become a better individual; it helped me understand other people a lot better, as well as the world, and communities.” The experience was so meaningful to ZamZam that she applied to return to Seeds of Peace as a “Paradigm Shifter,” a role that includes mentoring younger campers and developing advanced leadership skills.
ZamZam emerged from her first summer at Seeds of Peace determined to start telling the stories of underrepresented kids. In short order, she gathered a team that included Adey Ahmed, Abdullahi Abdi, Fadumo Mohamed, and Abukar Abdi, and Barwaqa Hussein, launched the nonprofit GenZ, and decided to focus their first filmmaking effort on Lewiston’s misunderstood youth. “People say bad things about Lewiston kids – that it’s all drugs, violence. We wanted to change that mindset.” They began by interviewing 20 kids, mostly immigrants, and then zeroed in on four. What the team expected would be a short-term project ended up taking the entire school year. “I was still editing on June 21, the day before the screening, which was June 22! I was so consumed by the project that I seriously neglected my schoolwork,” ZamZam said.

Reason 4369 put ZamZam and GenZ on the map. She won a Catalyst for Change award from the Maine Youth Action Network and a Community Courage Award from the Immigrant Resource Center of Maine, was nominated for a Girls Rock! Award from Hardy Girls, Healthy Women, and held screenings in Lewiston, Norway, and Portland. “I got a lot of attention. It was kind of a crazy ride,” she remembers, and she decided to slow down a little, take a break from filmmaking, and focus on her schoolwork.

But then the unthinkable happened when her close friend, 16-year-old Laila Al-Matrouk, was killed in a bike accident in Belfast. ZamZam turned to film again, to honor Laila. “Laila had so much natural wisdom. I met Laila at Seeds of Peace and admired her so much. She was radiant and carried a bright energy with her everywhere. She could fix your day by coming by.” GenZ’s second film Barayubaka (pronounced burry-ubacca) is dedicated to Laila and others like her who, Zam Zam says, “are changemakers, given a God-given mission from the moment they are born, but then die young before they can complete their mission.” She believes that others who are still physically alive can finish the missions of those who have died, and this is the subject of Barayubaka, which takes place in an imaginary land. “We’ve been working on the film for a year. Five hours a day during the school year, seven hours a day in summer.”

With graduation approaching, ZamZam is thinking about her future. She plans to get a degree in media and film production at a college in New England, so she can come home on weekends. Then ZamZam plans to move to Los Angeles and work her way up in the film industry. She’s had a taste of LA already: in summer 2019, she attended the prestigious AT&T Hello Sunshine Filmmaker Lab, which focuses on preparing the next generation of women filmmakers for a career in the industry.

“I dream a lot about my future. Before my parents pass away, I want to do something for them. My mom and dad have had a hard life. They left their sisters and brothers and came to this country, not knowing anyone. It was hard to find a job, hard to pass the naturalization tests. They hadn’t seen their family in 11 years until recently because they were so focused on trying to give us kids a better life.” ZamZam explained that she was born in Kenya, where she lived in a refugee camp. At age four, her family came to the U.S. and lived in Georgia until she was six, when they moved to Lewiston.

ZamZam says her mother tries to let her children make their own decisions about their lives – whether they want to get married right away or whether to attend college. “That’s one of the things I respect most about my mother. And she is supportive, even though she doesn’t really understand what I do. My mom came to the screening of Reason 4369 and brought flowers.”

Barayubaka will premiere on May 30 in Lewiston.