Abdul Ali, the 24 year old activist, educator, performer, and poet who has been in the public eye a lot in his short life, most recently as a leader of the anti-racism movement in Portland, was three years old when he arrived in the United States in 1999 as a refugee from Ethiopia with his mother, father, and two older siblings. Two younger siblings were born in the U.S.

Ali’s road to adulthood and leadership was difficult. His parents divorced when he was young, and Ali said that they weren’t able to provide the structure, love, care, understanding, and opportunities he needed as a child. At one point in his childhood, Ali’s mother kicked him out of the house, and he lived with his grandmother. “She taught me a lot of things, including the Qur’an,” he said.  During his childhood he lived with different groupings of his family in Florida, Tennessee, Ohio, and Maine, and then at age 15 he learned how to live, travel around on his own, and take care of himself – ‘how to make myself noodles, survive.’ 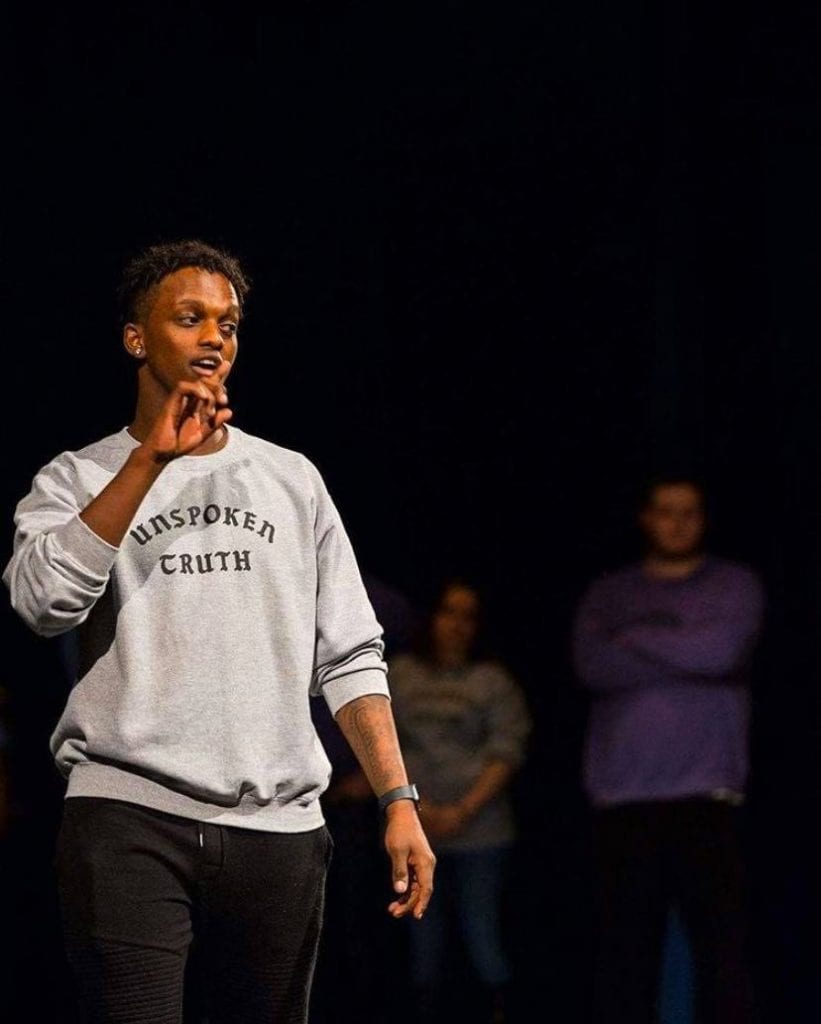 His grandmother’s teachings were formative. “In my heart, religion saves me, keeps me grounded. It’s about character, how you respect and love people.”

Ali spent 18 difficult, life-shaping months of incarceration at Long Creek Youth Development Center beginning when he was 17, where he found that other juveniles in the system shared similar backgrounds. What he experienced while incarcerated convinced him that the current system of juvenile justice ‘further traumatizes black youth… it is punitive, and needs to be dismantled.’ He began looking into history, and reading. He decided he wanted to work with youth when he got out, and share his understanding that the problems of many incarcerated black youths result from a systemic issue, from forces that marginalize and defund.

“Once people have police records, they are discriminated against when they apply to college, or for jobs later on. Too often juveniles return to the system as adults,” he said.

While at Long Creek, Ali earned his GED (he was arrested during the last week of his junior year of high school), and started college at Southern Maine Community College, which he attended for two semesters, earning a 3.9 GPA. He also volunteered to participate in theater with Maine Inside Out, a nonprofit organization that helps incarcerated youth tell their stories through theater. ‘It was the first time people really listened to me,’ Ali said. 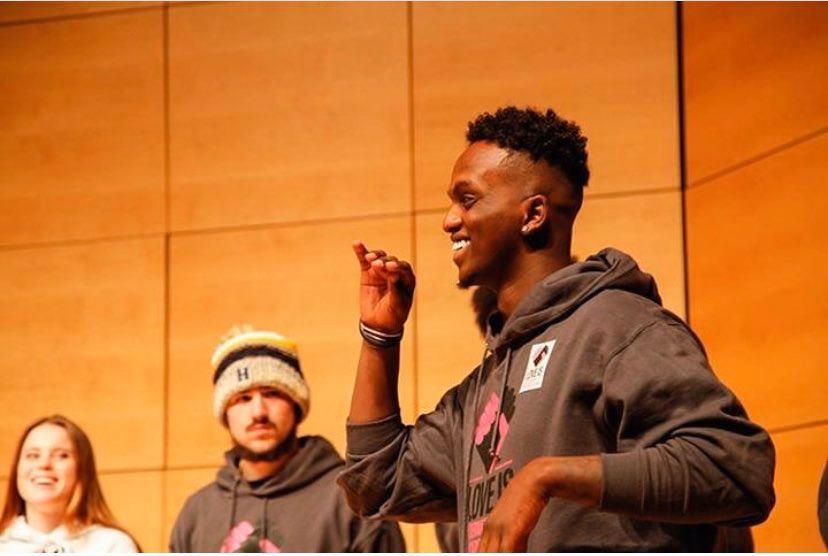 After his release, Ali attended Columbus State Community College, returned to SMCC for more coursework, and in 2019 started work with Maine Youth Justice, where he now works full-time helping youth and campaigning to close down the Long Creek Youth Development Center and dismantle the juvenile justice system. Ali would like to see the $18 million/year Maine spends on the facility reinvested in programs to help troubled kids heal and find the social supports they need so they can recover and thrive, instead of returning to prison as adults. At the moment there are  between 25-30 youth left in the facility – when Ali was there in 2012 there were 250-300 kids incarcerated with him.

In addition to his work with Maine Youth Justice, Ali works with the Young People’s Caucus, and is a fellow of the Civic and Community Engagement program led by Pious Ali at University of Southern Maine, intended to develop leadership capacity among members of Maine’s immigrant, or ethnic or racial minority young adult population. Ali is also pursuing a Bachelor’s degree in Leadership Studies at University of Southern Maine – and he is a poet.

When asked to comment on the current moment, Ali said, “There has been an invisible chain imprisoning us for 400+ years. We push through again and again, only to be stepped on and chained all over again. This time, I want it to end. To have all the people that look like me, brown and black people, remove the chains that have controlled us. And I think it’s the necessary time for white people in solidarity to not only support us – but to push us forward. Only with that, will true equity be fulfilled.” 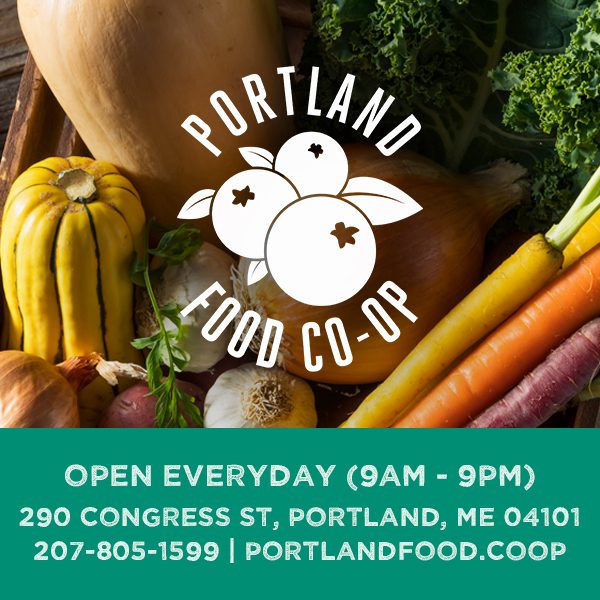