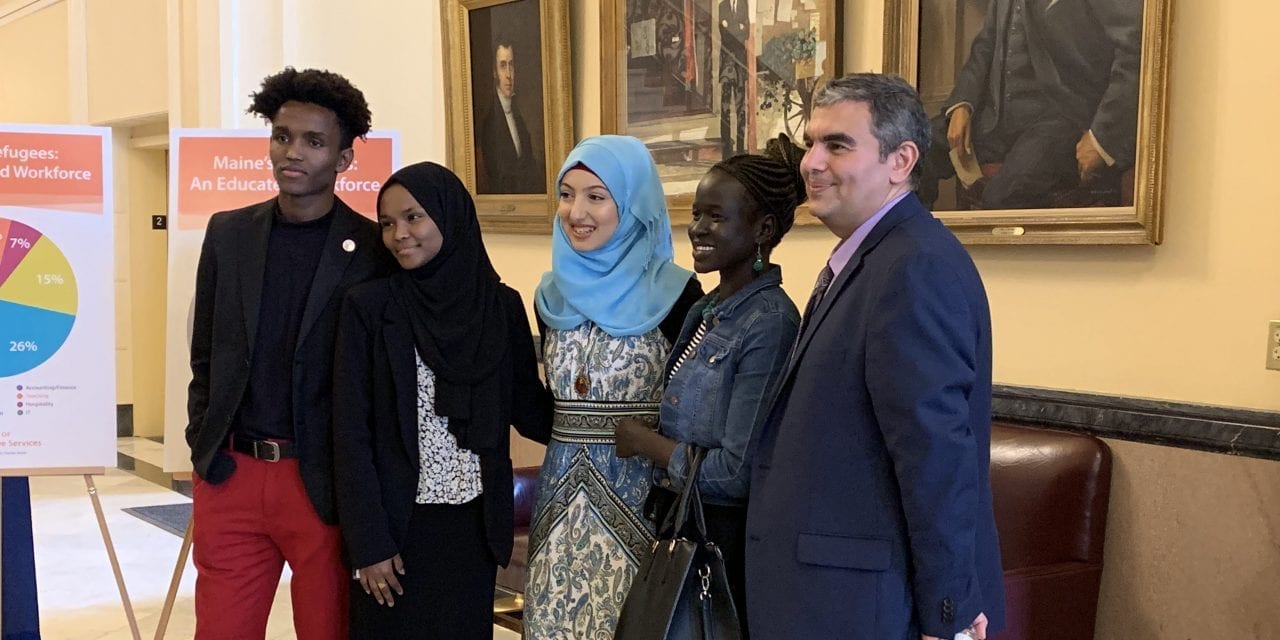 The Catholic Charities Office of Maine Refugee Services hosted Maine’s first-ever World Refugee Day celebration in the Hall of Flags at the State House May 21. Steve Letourneau, CEO Catholic Charities, Maine – which has resettled 20,000 refugees from 30 different countries in Maine since 1975 – opened the event. Tarlan Ahmadov, State Refugee Coordinator, spoke about the vulnerability of those whose life trajectories force them to flee their countries of birth as refugees, often “having survived the unimaginable on their journey to safety.” 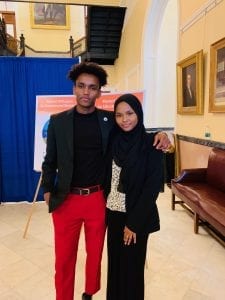 Ms. Khalid, born in Somalia, has lived in Lewiston for over ten years. She is a candidate for City Council in Lewiston. She spoke about her family’s escape from war and violence, and expressed her gratitude that “America opened its arms and doors to me and my family.” Her brother, Mohamed Khalid, shared a graphic memory of extreme poverty in a refugee camp from his early childhood – an image of his best friend at that time, Jamal, digging up his own waste in order to have something to eat. Mr. Khalid, a college student, has made a name for himself already as a soccer star, and feels a calling ”(to) bring the poverty of Africa to the attention of America…I am one of the lucky ones who found a new home here in Maine.”

Zeina Ahmad, a student at Cony High School, born in Syria, has lived in Augusta for three years. She said her mother explained her decision to get the family out of Syria as “An escape from suicide.” Ms. Ahmad, speaking excellent English after only three years in America – she is the most recent arrival of the four – said that immigrants feel welcome in Augusta, the English program at Cony High School is strong, and her family appreciates the safety and quiet of the city. 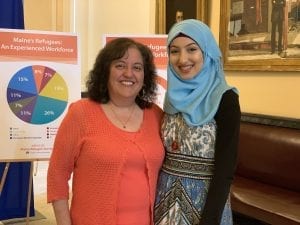 Nyawal Lia, whose family comes from South Sudan, lives in Portland, and considers herself a Mainer now. She works with children as a coordinator at the Kennedy Park Study Center. She spoke of the impact of the current anti-immigrant rhetoric on the children she works with. “Kids as young as 2nd and 3rd grade understand all the energies and remarks around them, including the energy of those welcoming them to Maine,” she said. 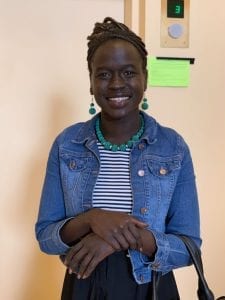 All four immigrants spoke of their gratitude to Maine. Ms. Khalid remarked, “I am grateful for the privilege I was given. Let’s continue to welcome people to America – a nation of nations. We prosper when we come together.”

Representative Rachel Talbot Ross, who serves House District 40, read a resolution naming May 21 and June 20 as World Refugee Day in Maine. She spoke of the strength and courage of refugees, and called for a moment of silence in remembrance of the death of a 16 year-old migrant who died May 20 in U.S. Border Patrol custody. Ms. Talbot Ross urged attendance at World Refugee Day events, speaking of them as an “opportunity for communities to stand with their refugee sisters and brothers.” 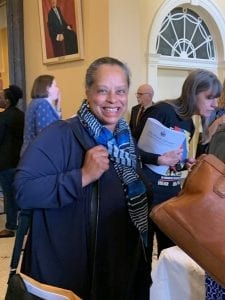 Mr. Ahmadov announced two upcoming celebrations of World Refugee Day in Maine – Lewiston’s celebration, which will take place on June 20, at Simard-Payne Park, between 4pm-7 pm; Southern Maine World Refugee Day, which will be celebrated on June 22 at Westbrook Middle School from 1pm-5pm. Both celebrations are free and open to the public. Information is available at the Catholic Charities Maine website – ccmaine.org – and on Facebook pages dedicated to the events.