“Jesus told me to come to Portland,” said a Congolese father of three, speaking in French, upon disembarking from a Greyhound bus in Portland on the morning of December 5. Carrying a few shopping bags, navigating without coat or boots through the snow and sub-freezing temperatures, the family of five piled into a car driven by a volunteer and headed to the Family Shelter on Chestnut Street. There they were greeted with welcoming smiles.

On Thursday morning, Greyhound delivered four or five other families who had also traveled from Texas after having crossed the southern border and asked for asylum. The bus tickets were paid for by Catholic Charities in Texas. Between Thursday evening and Friday morning 30 more people had arrived. Maine Immigrants’ Rights Coalition, with the help of Portland’s immigrant community and locals, is outfitting the new arrivals with winter gear., 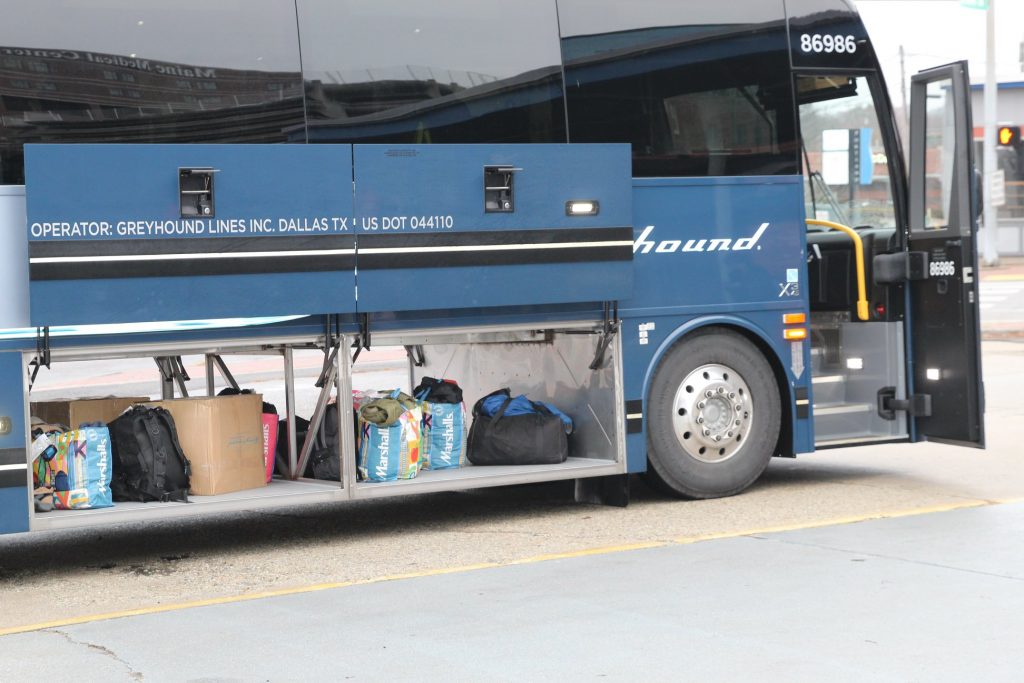 Megan, a volunteer with Catholic Charities in Texas, said by telephone that more families have been anticipated in Texas since September, and had finally arrived over the past weekend. She said they are from Angola, Democratic Republic of Congo, and Haiti, and that new arrivals include babies and toddlers. “When we asked them where they wanted to go, they said Portland, Maine.” Asked where they had heard about Portland, stories varied, but all involved word of mouth, with people sharing that Portland has an established African immigrant community, as well as a General Assistance program open to asylum seekers.

Asylum seekers have continued to arrive in Portland since the dismantling of the makeshift shelter at the Expo that operated during the summer of 2019 when close to 500 asylum seekers arrived in Portland. Since the summer the numbers of arrivals each month have been manageable. According to Jessica Grondin, Director of Communications & Digital Services for the City of Portland, “In the past month we (Portland) received 31 families – or 101 individuals as asylum seekers.” The City’s regular shelter system has been able to accommodate families until this week. On the afternoon of December 5, the YMCA of Southern Maine’s Greater Portland Branch announced that it will be serving as an overflow shelter for the City of Portland beginning Monday, December 9th for a period of approximately nine days. The majority of those who will be sheltered at the YMCA beginning Monday will be asylum-seeking families. As is the case with all overflow shelters operated by the City, those staying at the YMCA will need to leave by 7:00 am with their possessions and are able to return again at 7:00 pm for the night.

The YMCA became an official overflow shelter for the City of Portland during the summer of 2019, in response to the announced August 15 deadline to close the Expo Shelter and find housing for hundreds of newcomers. At that time the YMCA reached out to the City with an offer to serve as an overflow shelter, but the City was able to find other arrangements for the newcomers. This time, however, the City reached out to the YMCA, asking for help, and the YMCA quickly agreed. The YMCA has capacity to shelter 75 people at a time, and the City has brought over 75 sleeping mats in preparation for Monday’s opening.

“At the Y, social responsibility is at the center of our mission. When we see a need in our community, we step in to help. We are honored to be able to open our doors during this time of need,” said Sarah Leighton, Chief Strategy & Advancement Officer of the YMCA.

Mainers throughout the state have responded generously to the state’s newest residents. Numerous networks have been working – some for years – others more recently – collecting donations of warm clothing, bedding, and winter boots and getting the donations into the hands of New Mainers. Many networks operate through social media sites, where calls for donations reach wide audiences and are frequently fulfilled almost immediately. Heather Dallas, well known in immigrant communities in Portland for her volunteer work over a period of many years making sure asylum seeking families have what they need when they settle into unfurnished, spare apartments, reached out to her networks last week for blankets and quilts. She was quickly given bags of gently used bedding that had been donated to help those in need. Angela Stone, based in Cumberland County, has become another powerful resource for Mainers looking to donate to someone who will get items straight to those in need. Ms. Stone started her work on behalf of newcomers within the past year. 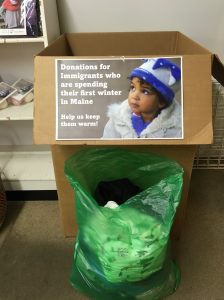 At Warner Graphics, in Camden

Rural towns that do not usually house asylum seekers at this point – due to distance from services such as immigration lawyers – are also lending a hand, with residents taking turns collecting donations and driving them to distribution sites. Some Mainers – and even out of staters – have purchased winter wear online and had it mailed to distribution sites. A number of knitting groups have formed in the state to knit hats and gloves for asylum seekers and other immigrants unaccustomed to the cold.

Laura deDoes, of Cumberland, has organized a winter clothing drive for the last seven or eight years. “People really need help and I know in my heart any one of the people I have had the honor of helping would do the same for me,” she said. Asked what others can do if they’re interested, she suggested reaching out to local schools and churches and inquiring whether there is need. “If they say no, just call the next one! I just saw a post saying that schools are desperate for snow pants, hats, mittens – for locals and New Mainers – and in all sizes. And when you ask New Mainers what they need other than bare essentials, the No. 1 thing they say is ‘help finding a job. No one wants to rely on handouts – they want to work!’” 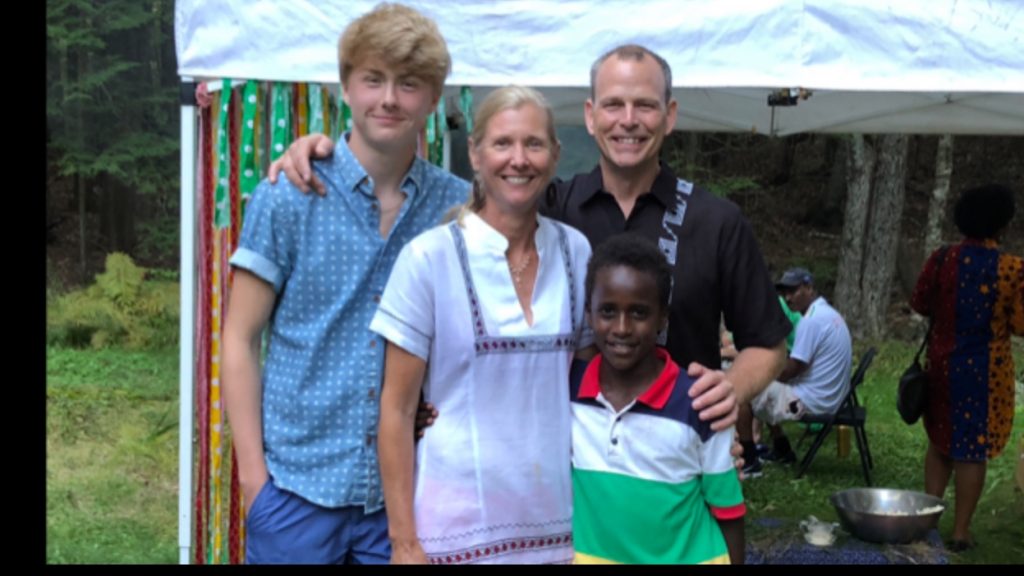 This story will be updated.