Will President Biden live up to his promise to reform immigration?

“No one puts their children in a boat, unless the water is safer than the land.” – Warsan Shire

President Joe Biden has promised to reverse some of the anti-immigrant policies of the Trump administration, including the U.S. approach to welcoming refugees. From an historic low of 15,000 refugee admissions to the U.S. per year under the previous administration, President Biden said he is aiming for an annual refugee admissions cap of 125,00 per year. This sea change comes at a time when the worldwide refugee crisis is more widespread than ever.

According to the United Nations High Commission for Refugees (UNHCR), at the end of 2019 there were 79.5 million forcibly displaced people in the world, or 1% of the world’s population, and 37,000 people are displaced from their homes every day. These numbers include 26 million refugees and more than 4 million asylum seekers, people who have fled war, violence, conflict, or persecution, and have crossed an international border to find safety in another country. 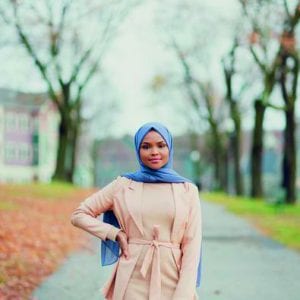 Lewiston City Councilor Safiya Khalid, who came to this country as a refugee from Somalia.

Wars and political conflict are age-old problems that have always produced refugees. This has certainly been the case on a massive scale in the Middle East and Africa in the last few decades. Natural disasters and the destructive effects of climate change are more recent causes of migration, which is primarily in Asia at the moment. Each of these forces creates economic instability, which in turn is another motivation for people to leave their homes.

The United States has a long and complicated history of immigration, and sentiments towards newcomers have fluctuated between welcoming and exclusionary over the years, with the Trump era one of the more xenophobic.

Kimiya fled her home in Iran after being persecuted for converting to Christianity. She was resettled in Maine with her son as a refugee in 2016 after living for 18 months in Turkey, where she found temporary refuge. Over four years later – the years of the Trump administration’s anti-immigrant policies – she is still waiting for her husband’s application to be processed. 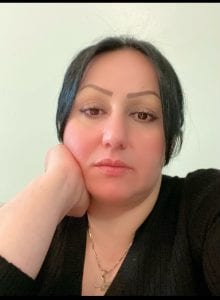 Kimiya, refugee from Iran, still waiting for her family

“Every time I talk to the United States Citizenship and Immigration Services, or call my senator’s office, they just tell me to wait,” Kimiya said. She works as a waitress to support herself and her son. Back in Turkey, she and her husband worked for a furniture company, lifting heavy weights every day. Kimiya sustained many injuries on the job, for which she has needed surgery and treatment ever since arriving in America. “My husband still works for the same company,” she said. “He’s under such psychological and physical stress, all his hair has turned white.” Kimiya is hoping that the new administration will finally allow her husband to join the family here in Maine.

The Displaced Persons Act of 1948 was the first specific “refugee” act passed by Congress, and it aimed to address the nearly seven million displaced persons in Europe created by World War II. During the second half of the 20th century, the U.S. admitted refugees fleeing the communist regimes in China, North Korea, Vietnam, and Eastern Europe, as well as thousands of Cubans escaping Fidel Castro’s rule. The Refugee Act of 1980 created a uniform and comprehensive policy to proactively address refugee admissions and formally adopted the UN definition. Beginning in the early 2000s, ongoing conflicts in the Middle East and Africa produced an influx of new refugees from Syria, Iraq, Somalia, Sudan, and Myanmar, among other countries.

Aisha moved to the U.S. from Somalia, alone, at 21 years old and was resettled in Maine in 2016. Her family was among many who fled political instability in Somalia and ended up in Kenya’s Kakuma Refugee Camp — the largest refugee camp in the world, accommodating nearly 200,000 people.

“It was just by chance that my application was processed and I was resettled in America before my family,” explained Aisha. “I put their case forward immediately, but once the Trump administration came, they created a Muslim ban, and everything got shut down.” She hopes that with the change in administration her family will be able to join her in Maine at last. Aisha said she struggled when she arrived in Maine.

“When I first came here I hadn’t even used a computer before. I didn’t know how to type,” she said. “It was shocking for me to realize there are libraries and that people have access to so many books. In my life before, I had to hustle just to get a single textbook. So now, every opportunity that comes my way, I know I have to take it, and do well. I see people here taking everything for granted.”

Aisha went to community college and is currently working on a biochemistry degree from the University of Southern Maine. She works as a nurse in a hospital and hopes to go to medical school after finishing her bachelor’s, with aspirations to become a doctor.

Refugees are thoroughly screened before they are selected for admission to the U.S. Once selected, federal and state governments resettle refugees. As per the Refugee Act of 1980, each state must have an Office of the State Refugee Coordinator that is designated by the federal Office of Refugee Resettlement to administer refugee resettlement programs. 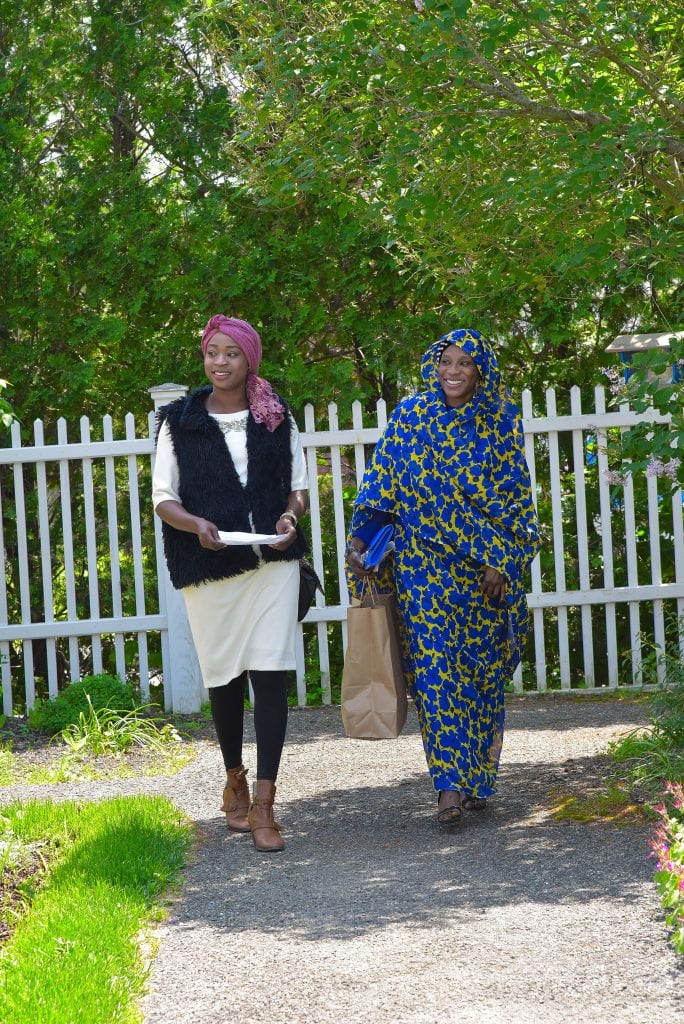 Ekhlas Ahmed and Mariam Khamis, who arrived in the U.S. as refugees. Pictured here at Blaine House on World Refugee Day 2019 (pre-COVID).

“In Maine, this office was part of state government until 2017, when the state government decided to opt out of this administration,” said Tarlan Ahmadov, the current Maine State Refugee Coordinator. Ahmadov is an immigrant himself, who moved to the U.S. from Azerbaijan in 2003.

“So in lieu of the state, the resettlement role was taken on by the Office of Maine Refugee Services (OMRS), which is a department of Catholic Charities Maine,” Ahmadov explained. “OMRS awards and manages refugee service grant programs through several organizations across the state, including Maine’s only refugee resettlement agency – Catholic Charities Maine Refugee and Immigration Services.” After arrival, refugees have the right to live and work in the U.S. indefinitely, as well as to apply for permanent residency.

“My wife and children were in the final stages of the application process when the Trump administration came, and everything stopped,” said Muhammed, a middle-aged Somali man whose family reunification efforts are also on hold. Muhammed’s family fled the civil war in Somalia when he was three or four years old, and he spent nearly 20 years at a refugee camp in Kenya. He ended up in Maine as a refugee in 2010. After resettlement in Maine, Muhammed worked with Catholic Charities to plead the case of his family, but he was unsuccessful. His family is still in the refugee camp.

Camps are not intended to provide permanent, sustainable solutions, but it’s not unusual for refugees to spend decades there, awaiting the results of their applications. Most camps are notoriously overcrowded, and there are often inadequate provisions of food, medical facilities, and housing. Many families live in tents their whole lives.

“Right now, my hope is dead. I have no expectations of my family ever coming here unless things change,” he said. Muhammed works as a driver. He said he would have liked to go to college, but because he needs to take care of his family back in the refugee camp in Kenya, he has to keep working to make money to send them.

Only time will tell if President Biden lives up to his promise to reform immigration policies. If he does, Kimiya, Aisha, and Muhammed may finally have happier stories to tell.