Republished with permission from the Bangor Daily News
https://bangordailynews.com/2019/08/26/business/what-lewiston-is-doing-to-bring-health-care-to-its-immigrant-population/What Lewiston is doing to bring health care to its immigrant population
Lori Valigra | BDN
Fowsia Musse, who works with Healthy Androscoggin and Maine Community Integration in Lewiston to help immigrants and New Mainers, says trauma from the war-torn areas they fled and culture shock in their new country are major mental health issues affecting many immigrants. She is seen here Wednesday in The Heritage Restaurant on Lisbon Street near her office in Lewiston examining handcrafted African utensils and serving bowls.
By Lori Valigra, BDN Staff • August 26, 2019 10:49 am

LEWISTON, Maine — Fowsia Musse fled Somalia’s civil war as a teen and arrived in the United States in 1995, but the sound of gunshots and screaming people remain ever present in her new life here.

“Somalia is in its fourth decade of war. I saw buildings collapsing on people and even now I get upset when I hear a loud noise or firecrackers,” Musse said. “Those are strong images and sounds you don’t get rid of.”

Musse, 41, a community health worker in Lewiston, said mental health, including war trauma and culture shock, is a top health concern for local immigrants, along with learning about the dangers of lead paint, which is pervasive in older Lewiston housing. But language and cultural issues, such as an aversion to psychologists, remain challenges to making complicated U.S.-style health care available and helpful to the 15 percent of Lewiston’s population who are immigrants, or New Mainers.

[Somalis go from homeless to homes poisoned with lead]

The challenges are statewide, according to a Bowdoin College study on the major barriers to health care for New Mainers. The total immigrant population in Maine is about 11,000. Over the past several decades, people have pushed beyond Portland to Biddeford, Westbrook, Lewiston and other areas that have various health care practices in place.

But health care services “have not kept pace with this spread of the immigrant population,” according to the study. It recommended more “cultural competency” be developed throughout Maine to remove barriers to health care.

Several organizations in Lewiston are trying to do just that. B Street Health Center, an affiliate of St. Mary’s Health System, is located in downtown Lewiston within walking distance of many of its immigrant patients. It provides in-person translators rather than using telephone services and is the “go-to” place for immigrants, who don’t feel like a stranger there, Musse said.

Healthy Androscoggin, a nonprofit health education and advocacy group in Lewiston that is affiliated with Central Maine Healthcare, recently held a peer-to-peer seminar. Medical students and residents met with members of the immigrant community to discuss the differences in health care between African countries, primarily Somalia, and the United States and what might be done to bridge the gaps in care. The group plans to meet again in January.

“One of the things health care systems are beginning to realize is that they need to approach this as trauma and education care,” said Holly Lasagna, health promotion manager at Healthy Androscoggin.

Jean Lenda, 52, a former surgeon from the Democratic Republic of Congo, said it is important for the health system to focus on stress and depression among immigrants.

“When they first arrive, they experience culture shock. And many lost relatives or were tortured before they left their home country,” he said. “Some ran away alone and are worried about the family they left behind.”

Lenda said getting credentials so he can practice medicine in the United States would be a long and difficult road, taking at least six years and involving a lot of exams. Instead, he is waiting for a work permit so he can become a clinical nurse specialist.

His story is like that of many other immigrants who have lost their previous professions, homes and, in some cases, families.

If health care isn’t addressed in the immigrant community, Lasagna said, the financial results could be disastrous.

“Treating end-stage disease rather than focusing on prevention takes an economic and emotional toll on a family and a community,” she said.

Healthy Androscoggin runs three programs for immigrants for Central Maine Healthcare. They include cultural competency training for its staff, such as the recent peer-to-peer meeting, and a New Arrivals program with talks and information on health issues and nutrition. The third program involves the community.

“The Neighbor to Neighbor program is a one-on-one outreach effort where we train New Mainers to visit community members — their neighbors — to provide information and answer questions about navigating the American health care system and how to effectively access care,” said Dr. David Tupponce, executive vice president of Central Maine Healthcare and president of Central Maine Medical Center.

Preventative care generally is not practiced in Somalia. And going to the doctor can be a three-day walk that involves long waits once a patient gets to the doctor.

“There’s no structural health system in Somalia,” Musse told the group. She works for Healthy Androscoggin and is program director at Maine Community Integration, a grassroots group aiming to mesh New Mainers with their community. Healthy Androscoggin created YouTube videos of Musse’s immigration story and obstacles immigrants face in getting medical help.

“People line up in front of a hut,” Musse said. “The people who are the most sick or have the most money are seen first. The rest may wait until midnight.” And the person they see might not have a full medical degree.

Another big difference in medical practices between the two countries is in telling patients bad news about their health, such as having cancer. In the United States, patients are told directly. In Somalia and other African countries, often a family member is told about the condition instead, and they decide whether to tell the patient.

Lenda said U.S. doctors are too direct with patients.

“As Africans, we can have some disease that we don’t want to hear about, like cancer. We don’t disclose HIV, because it’s thought that witches take the body,” he said. “So we talk to relatives of the patient so they can explain it to them.” He recommended that U.S. doctors ask patients what details they are comfortable hearing.

That’s a challenge to U.S. doctors, who often are limited in the amount of time they can spend with a patient. For Ian Corbett, a first-year resident in family medicine at Central Maine Medical Center in Lewiston who participated in the Healthy Androscoggin meeting, that patient time is limited to 20 minutes.

His suggestion was to set up a second appointment to take more time and break the news to the patient. Privacy regulations prevent U.S. doctors from disclosing medical details to relatives instead of patients.

“Culturally competent health care is such a critical piece, because it allows health care providers to build the productive physician-patient relationship necessary to begin to address their needs and concerns,” Corbett said.

Corbett learned other differences in health care approaches at the meeting.

“Treatment s expected to provide fast-onset symptomatic relief, rather than long-term disease prevention, because symptom mitigation is what compels them to seek health care in their native country,” Corbett said.

“I felt privileged to participate in these conversations because it was the first time I was able to directly compare and contrast our Western disease and prevention driven health care system with one that focuses on short-term quality of life,” said Corbett, who plans to stay in Maine to practice medicine once he completes his residency.

[How immigrants are learning to save lives in Maine]

Above all, he said, it’s important to take the time to communicate with patients.

“I think a common pitfall remains assumption. I think the best way to approach delivering care to these patients is simply to listen,” Corbett said.

“I can talk about my experiences with people and help them,” she said. “I went through 15 years of therapy in Maine and before that Atlanta. I was a cutter and attempted suicide. I can talk about that.”

Musse plans later this year to visit Ethiopia, where she still has family.

“I want to get closure,” she said. 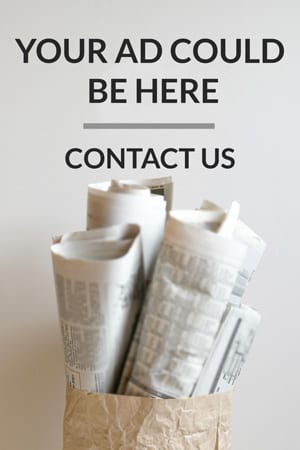