We have to talk about Racism 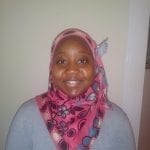 So, with what has been going on with Virginia’s Governor Ralph Northam admitting to wearing blackface, along with the frankly creepy sweater recalled by Gucci, I can’t help but wonder where the line is between being racist, and being simply ignorant.

The first thing to address is that the blackface scandal is obviously shameful. There is no good reason for anyone to change their race or dress up as a different race –  even if they are doing so in the context of their job, for example when Scarlett Johansson whitewashed her skin to play the main character in the movie Ghost in the Shell, which was adapted from a Japanese manga. Secondly, it is important to acknowledge that there is such a thing as accidental profiling as a result of ignorance. After all, I myself have been the victim of such profiling situations, especially now that I live in a mainly white city. Once I was asked if I was an exchange student by a teacher,  even though most of the exchange students at my school are white. In the teacher’s defense, one exchange student does also wear the hijab.

The thing is, with people like Governor Northam, he is from a generation where doing something like wearing blackface didn’t have consequences. It may have even been a common thing to do, and I wouldn’t be surprised to learn that a good chunk of powerful people have in fact done the same,  with the evidence still available to boot. With this in mind, can we really ask a man who wore blackface in the past to resign? Can we expect everyone who has done something similar to step down as well? When we are faced with a person’s imperfections, we often forget the good that the same person has done. This isn’t to say that I think we should forgive and forget, but rather that we should look at people for both the good and the bad. Even then, how do you determine morality and a person’s innocence?

Another question I have is how to decide what should be considered cultural appropriation. I struggle with this question constantly. For example, some people believe that my school’s art teacher having dreadlocks is a form of cultural appropriation. So then why are African women who wear blonde weave any better? What about people who hold traditional wedding ceremonies based on those from other cultures?

My mom and my brother Rayyaan have short – albeit heated – arguments about what fits into the category of cultural appropriation. My mom feels that since she is allowed to dye her hair blonde whenever she wants, her white friends should have the same right to wear dreadlocks. Rayyaan argues that dreadlocks and corn-braids are wrong, but doesn’t feel the same about weave. I see both of their points. We all agree that the music industry is getting out of hand, with non-black people saying the N-word, dressing like black rappers, and darkening their skin in order to appeal to a broader audience.  In doing so, they are taking away something that was once defined as belonging to black culture –  like R&B or Hip-Hop music – and appropriating it. I understand that the music industry is competitive, and you need to do whatever it takes to stay afloat, but isn’t appropriating characteristics that are considered black – and doing it because you know it will get you more money – morally wrong?

Cheryl Grace, Senior Vice President of the U.S Strategic Community Alliances and Consumer Engagement for Nielsen Holdings, wrote, “Our research shows that black consumer choices have a ‘cool factor’ that has created a halo effect, influencing not just consumers of color but the mainstream as well.” This is why people who aren’t black are doing dreads. It isn’t because they think of it as a black thing, but rather a cool thing.

This brings up the topic of brownface, something that I feel is actually worse than blackface. With brownface, it isn’t just putting a layer of paint or shoe polish on for a costume, removing it and then later on regretting it, as with blackface. Instead, it’s darkening your skin slowly, changing the way you dress and speak, while still keeping access to white privilege. An example is Ariana Grande, in the ‘Breathin’ video, where she appears very dark in some sections. On Jimmy CoCo’s official website (he is famous for tanning celebrities), he mentions Ariana Grande, another indication that she browns her skin.  Originally I thought she was mixed race, possibly Latino or black, but then I found out that she is of Italian heritage.

The thing is, I can’t count the times something like the situation with Governor Northam occurs, and then everyone says that ‘we will have to have a more in-depth conversation about race’ or something similar – which never happens! Race is and will probably always be an uncomfortable subject. But we have to talk about it. We need to address the fact that people are exposed to the N-word so much on a daily basis that it has lost its shock value. We need to talk about the pain that this country keeps trying to hide, even when protests break out. We have to acknowledge that if the Black Lives Matter movement exists, it means that something wrong is going on. We can’t keep going on like this, or else nothing will change! My hope for the future is that we address the root of racism in this country,  rather than focus on the individual weeds.

Firdaws Hakizimana is a student at Cape Elizabeth High School. She loves terrible puns, writing, and is one of a kind!