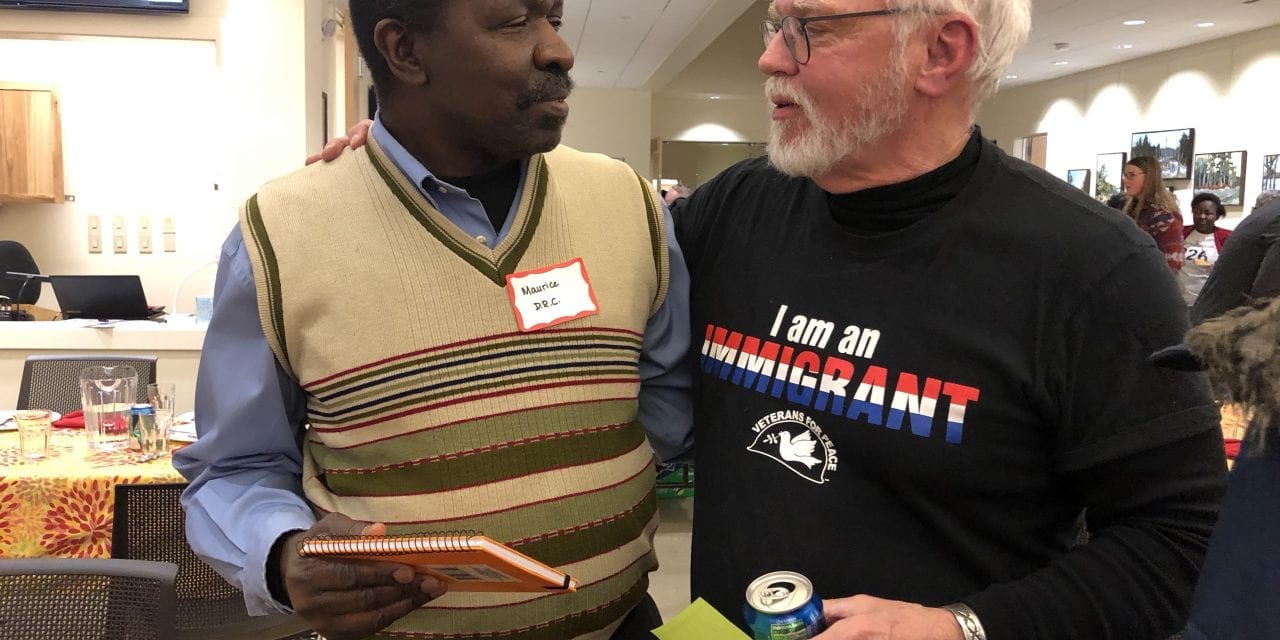 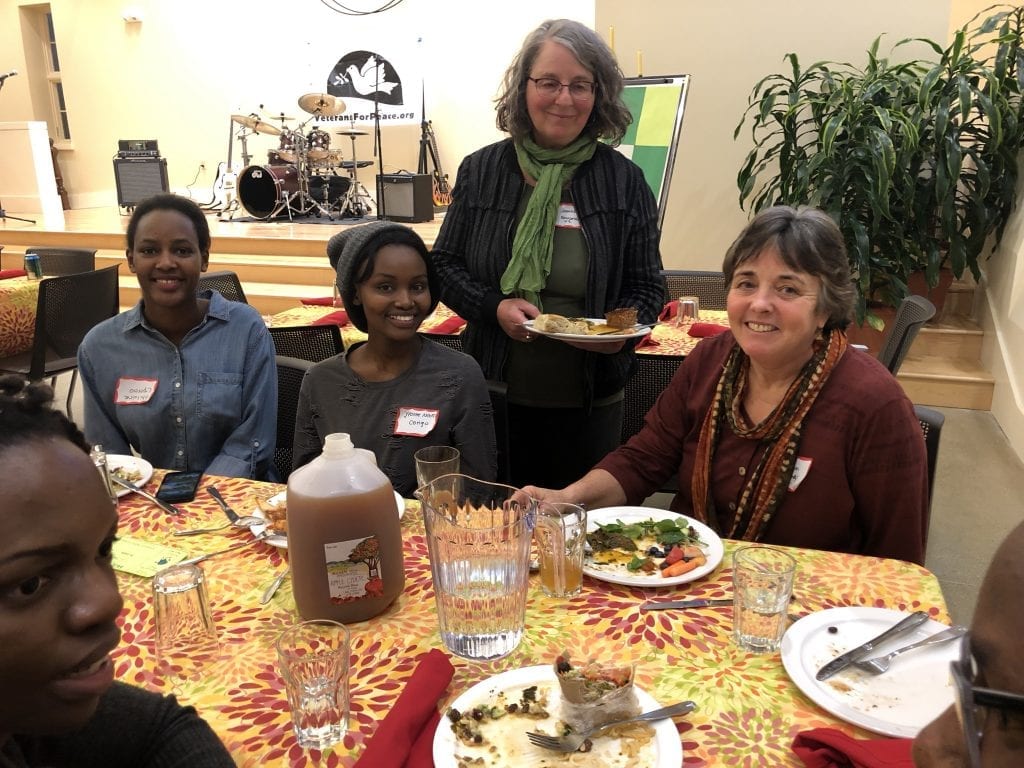 Veterans for Peace held a benefit party at the Unitarian Universalist Church in Brunswick last night. The benefit welcomed New Mainers to the community and raised funds for Catholic Charities Refugee and Immigration Services of Maine.

Doug Rawlings, member of the founding group of Veterans for Peace, came up with the idea for the benefit. The gathering featured food, a live band – David Bullard and the Soundwaves – and lots of friendly mingling.

Veterans for Peace was officially founded twenty-five years ago at a Denny’s in Auburn. The group was the brainchild of five people, and now boasts 7000 members. There is a chapter in every state in the U.S. as well as Hanoi, Okinawa, Tijuana, London, and Shannon, Ireland. The group works to abolish war through non-violent means. 25% of the membership has never fought in a way – the other 75% are male and female veterans.

Veterans for Peace members empathize with New Mainers, the majority of whom have left their homelands to escape war or severe repression.

Also helping out with the benefit was the Midcoast New Mainer’s Support Group. Andrée Appel, one of the Steering Committee members, estimates that there are thirty New Mainers living in the Bath, Brunswick, Topsham area. Now in its third year, the group hopes to grow. Their mission is to support a vibrant, multicultural community in southern midcoast Maine. 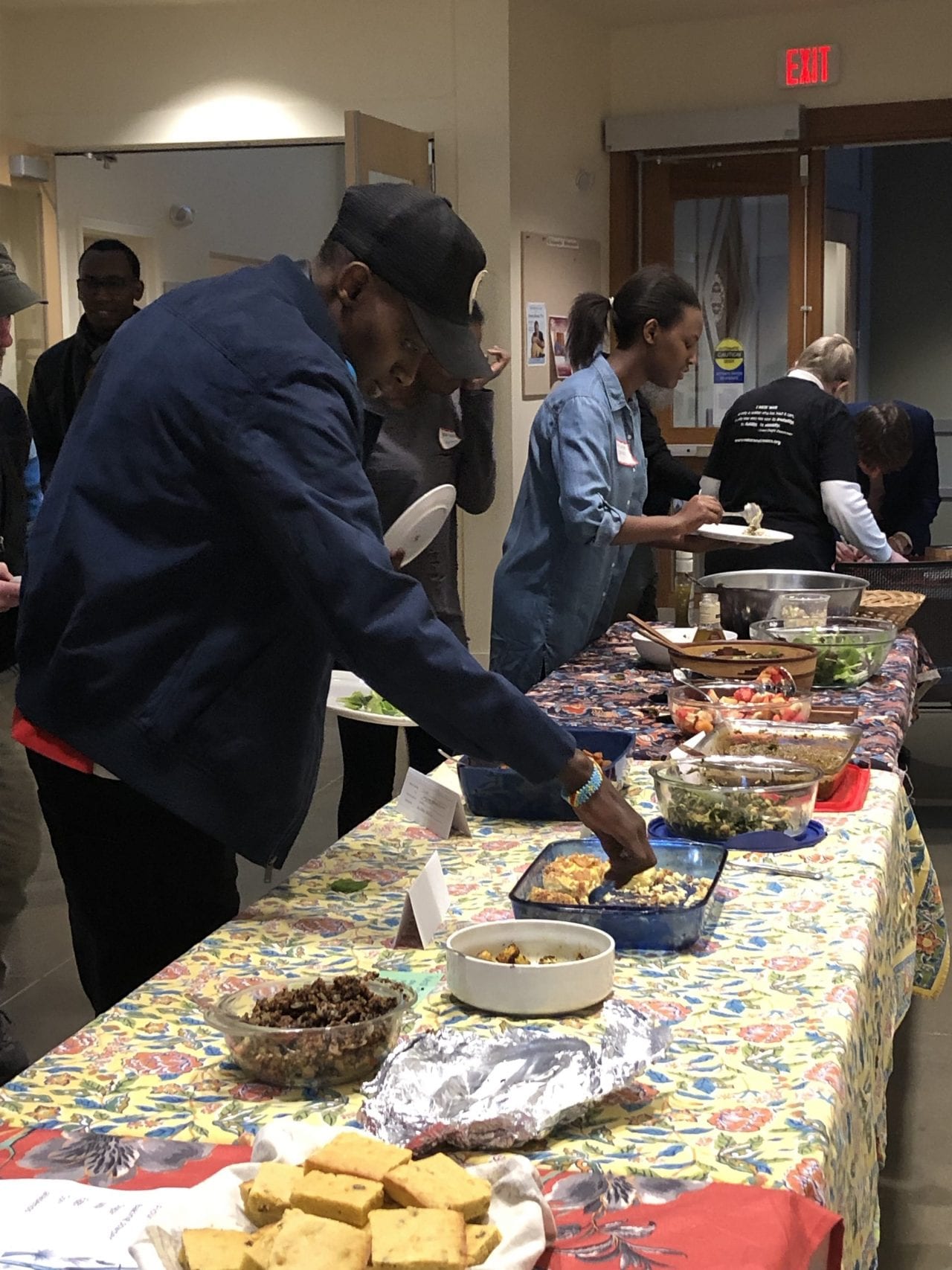