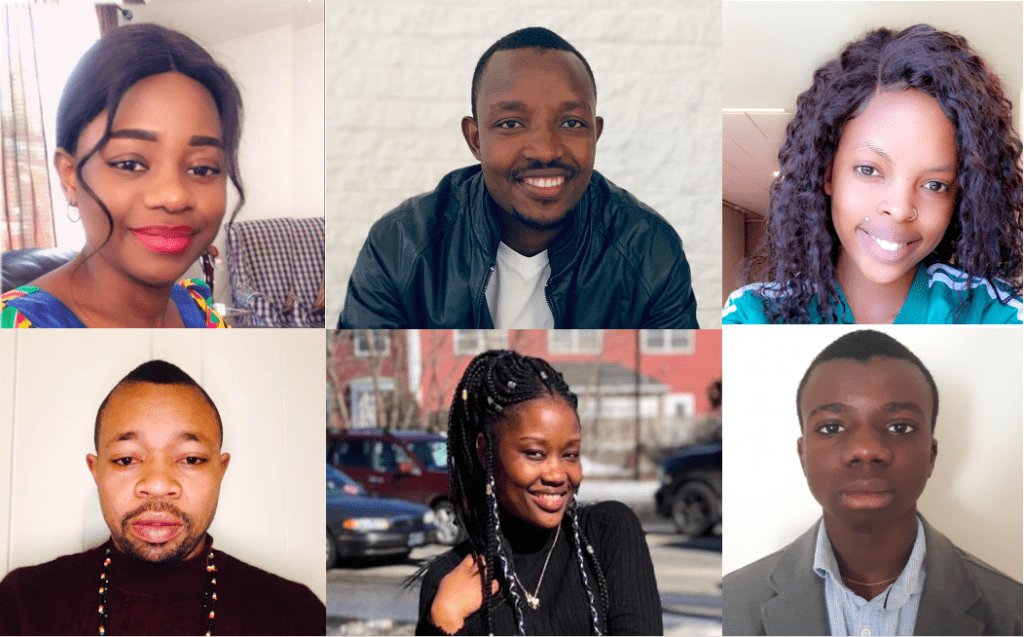 The panelists discussed their advocacy work and what led each to their respective careers. Dhalac, who became a South Portland city councilor in 2018, emphasized the need for people of color to run for office to increase representation and open doors for others in the future. “As a Black, Muslim, immigrant woman, I wanted to step up and show young people, especially Black and brown girls, that they too can take over these spaces, demand change, and help their communities. Even though I get a lot of hate, I also get a lot of letters from young children thanking me and saying that they want to do what I do when they grow up,” said Dhalac.

“When I was hired for my role in the Representative’s office, I didn’t see many people there who looked like me,” said Parson, stressing the necessity of having people of color in rooms where policies are being made. He explained that people of color bring a very different perspective to the table, one that often eludes white lawmakers simply because they don’t share the same lived reality as people of color and thus don’t have that lens to look through. “And what makes good policy is how it impacts all people, not just the majority,” he said.

Similarly, Ibonwa underlined the need to acknowledge the centrality of race in every aspect of life. She said that the current health crisis has highlighted racial inequities and shared harrowing statistics, such as that while Black people constitute 26% of the homeless community in Maine, they make up only 1% of Maine’s population. She also pointed out the need to recognize that racial inequality isn’t just the problem of people of color, since it affects everyone. She said that we all, including white people, must be willing to acknowledge systemic racism and our privileges in order to join forces to search for a solution together.

“Activism, to me, means freedom,” said young activist Angelo. “We, the young people, are the voice of the revolution. We’re the ones dominating spaces on social media platforms, advocating on the streets. We provide a different view of what it means to be Black in America because there’s an authentic voice to the youth, one that isn’t stifled or distorted to make it more palatable for everyone else.”

All the panelists stressed the importance of young people fighting for more inclusivity on behalf of people of color, and urged the audience to get to know their local and state representatives and start building relationships with them, as well as with their communities. They encouraged youth to make their voices heard by submitting their testimonies to their representatives, going to speak directly to city councilors and legislators, and taking advantage of hearings open to the public. It is these kinds of conversations, featuring voices often left unheard, that eventually lead to sustainable changes in marginalized communities, as well as the society at large, the panelists agreed.