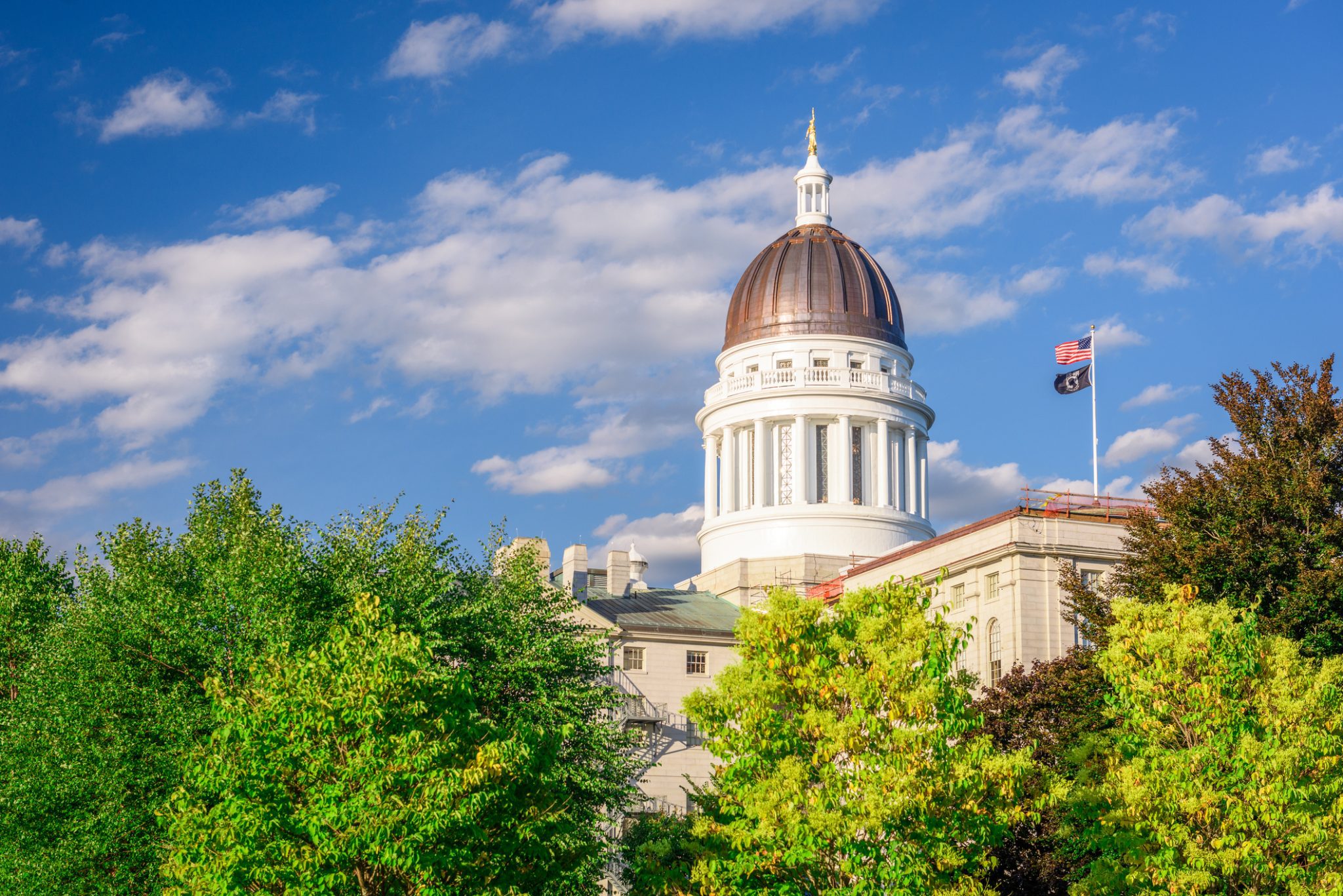 During sessions of the Maine Legislature, Amjambo Africa will run monthly updates about legislation important to communities of color.

The Second Regular Session of the 130th Maine Legislature will run from January 5 until April 20, 2022, and many bills of great importance to communities of color will be up for consideration by legislators during this time. The democratic process allows for constituents to support the bills they care about and influence which bills end up on the governor’s desk. Often those bills with the greatest expressed public support are the ones that end up passing, although the governor does have a right to veto a bill.

Organizations such as the ACLU of Maine, Maine Equal Justice, and Maine Immigrants’ Rights Coalition (MIRC) will lead regular advocacy work to support different bills and help people share the power of their voices. Fluent English is not a requirement for getting involved, and multilingual help is usually available. Amjambo Africa will provide updates on what bills are moving through the legislative process, as well as information on how to get involved.

“Participation is important, and is a way to challenge systems that do not advance immigrant rights, and to support policies that foster integration into society.  For example, in 2020 MIRC testified in support of LD843, a bill which supported housing stability, and because this bill passed there will be state funding in 2022 for housing navigators to support our marginalized communities,” said Mufalo Chitam, Executive Director of MIRC.

Throughout the session, legislative committees will hold public hearings at which community members can voice their opinions on proposed legislation. Also, individuals can reach out to legislators on the committee reviewing a particular bill to share a personal story, and/or join lobby days that are organized to galvanize support for particular legislation. In addition, people can write letters to the editor of publications such as Amjambo Africa.

One bill of great importance to communities of color is LD 1610, a companion bill to last session’s LD 2 “An Act To Require the Inclusion of Racial Impact Statements in the Legislative Process,” which was passed in the last legislative session. Rep. Rachel Talbot Ross is the sponsor of both bills.

LD 2 requires that legislative committee data, analysis, and other information necessary to prepare a racial impact statement (an assessment of the potential impact that any new legislation could have on historically disadvantaged racial populations) be provided upon the request of a legislative committee. LD 1610 supports LD 2; its passage will improve Maine’s ability to collect, centralize, and use data to improve equity in state policymaking.

“Even though we know, based on anecdotal data and data from grassroots and community organizations, that people of color are experiencing disproportionate harm from different policies or systems, we can’t yet present enough data as evidence for this,” said Kathy Kilrain del Rio, Advocacy and Programs Director of Maine Equal Justice.

“This is part of a larger effort that the Permanent Commission [on the Status of Racial, Indigenous and Maine Tribal populations, established in 2019] has been focused on to make sure that we have the ability to collect the right data and analyze it and figure out how we can craft policies based on that data that help reduce racial disparity,” Kilrain del Rio said. The Permanent Commission is an independent entity that examines racial disparities across all systems and works to improve the status and outcomes of the historically disadvantaged racial, indigenous, and tribal populations in Maine.

Another bill to keep an eye on is LD 1679, sponsored by Senate President Troy Jackson, which aims to address student hunger by expanding access to free school meals.

“There was an effort last year to make sure everybody in schools could have access to free meals, which is a big way to help reduce hunger in our state,” Kilrain del Rio said. “So many kids across the state rely on free school meals for food. That’s especially true for immigrant children since there are restrictions in SNAP and other food assistance programs that exclude non-citizens. Last year this was included in the supplemental budget. We’re trying to push for more funding for that this year as well.”

Another bill Kilrain del Rio is watching is LD 718. Sponsored by Talbot Ross, LD 718 would close the gap in the MaineCare program that, due to a federal restriction, excludes certain people from accessing MaineCare based on their immigration status. Maine Equal Justice worked on this bill last year, too. “We want to close that gap so that all Mainers, regardless of their immigration status, have access to MaineCare if they’re low income. We know that it’s important not only for individuals’ own health but for our collective health as well. If there’s anything this pandemic has taught us, it’s that our collective health is dependent on one another,” Kilrain del Rio said.

Over 90 people testified in support of LD 718 at a public hearing in the last session. Gov. Janet Mills included part of it in her supplemental budget proposal, LD 221, which extended coverage for people under 21 and pregnant people, regardless of their immigration status. “But we still haven’t closed that gap for all adults,” she said. LD 718 was referred back to the Health and Human Services Committee, and MEJ will continue to advocate for it.

“This session we will be particularly closely watching the tribal sovereignty bills,” said Meagan Sway, Policy Director at the ACLU of Maine. These bills include LD 1626, LD 554, and LD 585, sponsored by Sen. Louis Luchini, Rep. Benjamin Collings, and Talbot Ross, respectively. The tribes in Maine have been fighting to address the problems with the Maine Indian Claims Settlement Implementation Act of 1980, which declares that Congress approve and ratify any transfer of land or other natural resource located anywhere within the United States from, by, or on behalf of the Passamaquoddy Tribe, the Penobscot Nation, the Houlton Band of Maliseet Indians, or any of their members.

“The tribes in Maine have fewer rights than most other tribes across the country because of this one court settlement from the 1980s,” Sway explained. “This is a particular issue for communities of color because it addresses ways in which the white settler state has disadvantaged the tribes, and these bills are trying to fix those problems.”

“This bill would address historical harms that have kept any Black and brown people from the benefits of the labor movement,” said Sway. “In the next session, we’re looking for either a veto from the governor or, if there’s not a veto, an attempt to override it.”

Last session, LD 764 resulted in the creation of a Criminal Records Review Committee which will be recommending legislation to the judiciary committee about criminal records sealing. “In Maine, once you’re convicted for a crime, it’s very hard to get away from that criminal record, which can have devastating consequences for housing, employment, student aid – all the things we rely on to have stable lives,” Sway said. “That has a huge impact on people of color because they are so vastly disproportionately targeted and punished by the criminal legal system.”