As Maine’s 2019 election cycle enters the home stretch, candidates are speaking out on a broad range of issues that are important to Maine – including immigration, a topic that’s been in the news in Maine a great deal this year. Races around the state include an unprecedented number of candidates who reflect the state’s growing diversity. From school board races in Bangor and Hampden, to city council races in Bangor, Lewiston, Portland and Westbrook, ballots include first- and second-generation immigrants from Africa and Asia – a first for many cities and towns in Maine.

The third in our vote 2019 series – Candidates for Westbrook City Council At-Large.

1. Maine responded generously during the summer of 2019 by providing emergency support to approximately 450 asylum-seekers. Going forward, do you believe city, town, and state budgets should provide support for programs and initiatives aimed at helping immigrants?
2. If elected, how would you address Maine’s need for workforce development?
3. If elected, what would be your three main priorities? 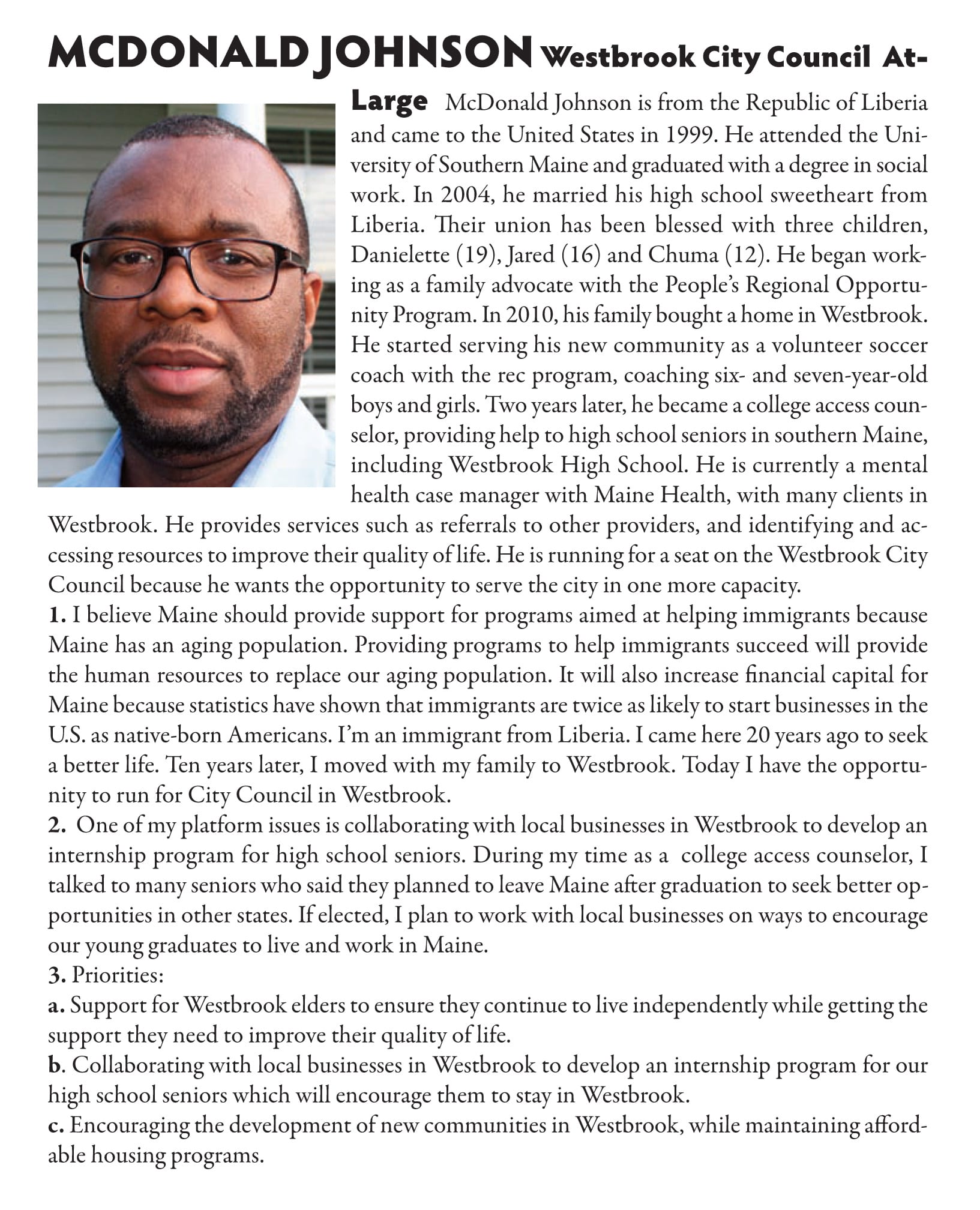 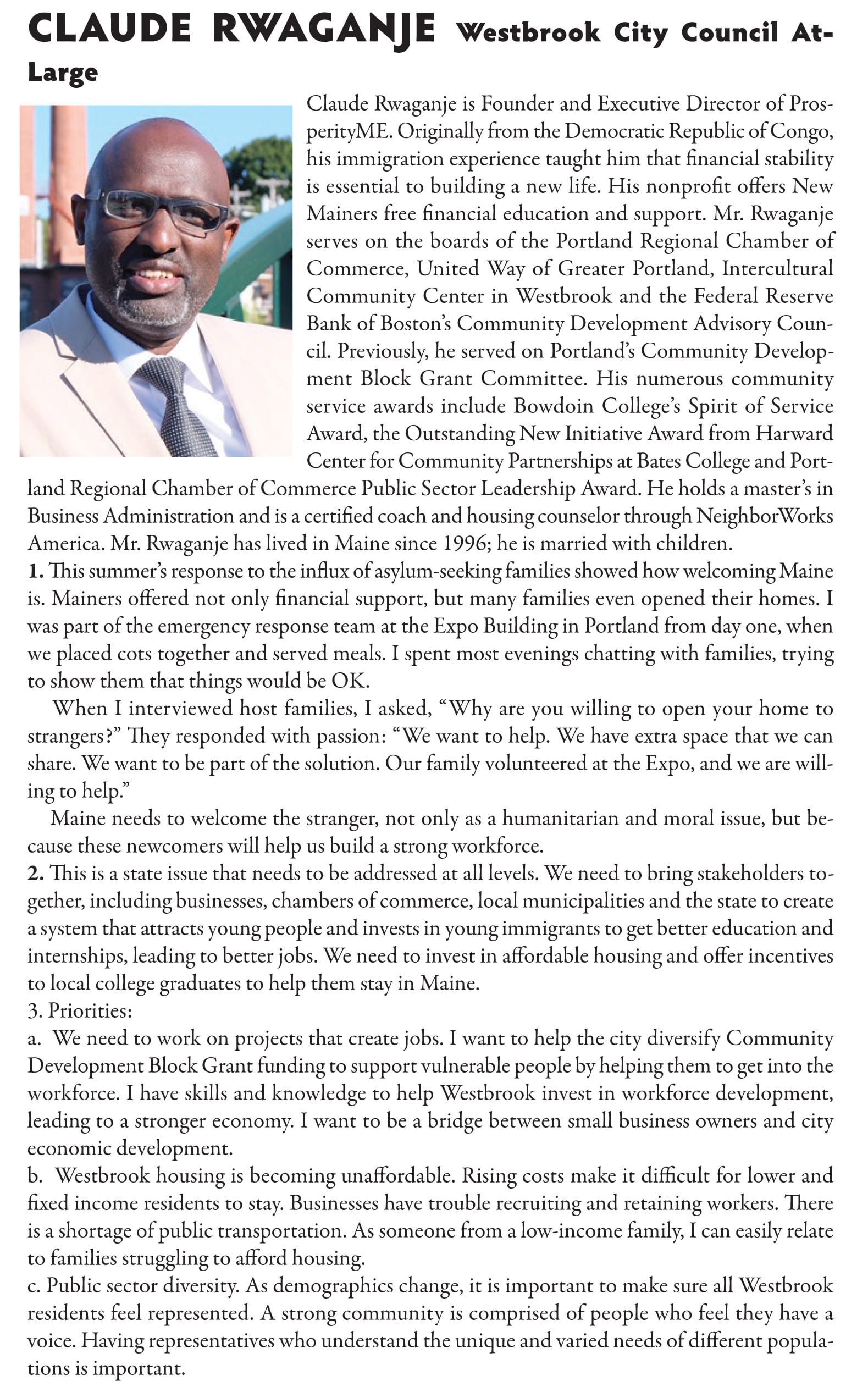 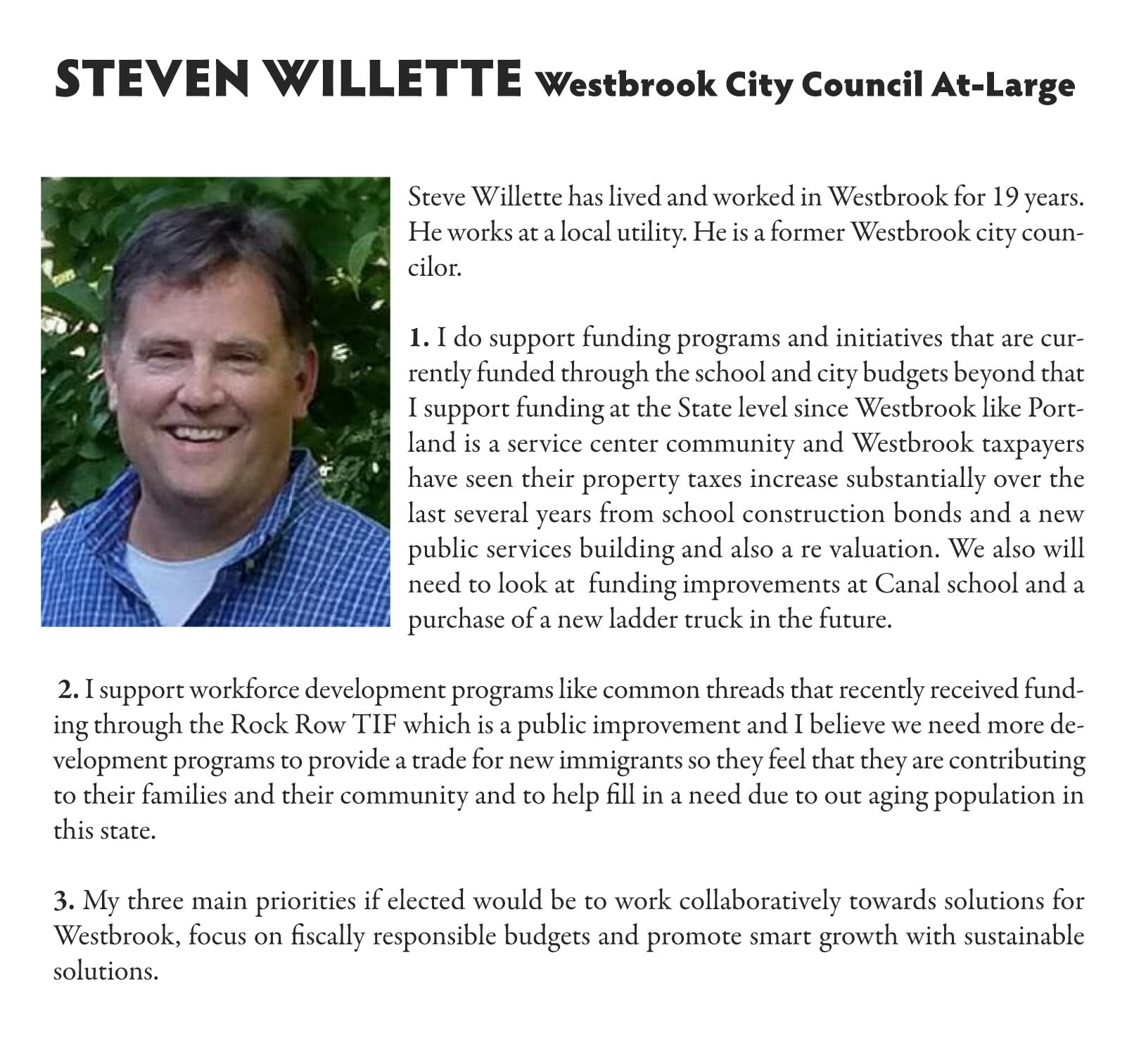