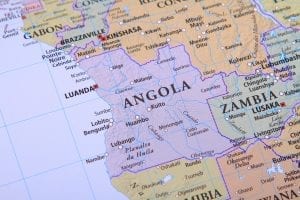 Isabel dos Santos, touted as the richest woman in Africa, has been the focus of a recent exposé by the International Consortium of Investigative Journalists (ICIJ) alleging significant financial corruption. The ICIJ’s exposé is based on thousands of emails and documents that are said to shed light on a shady financial empire.

The daughter of former president Jose Eduardo Dos Santos of Angola, who ruled for 38 years until 2017, Isabel Dos Santos has a net worth of $2 billion. Now her assets have been frozen and her fortune is under scrutiny by her father’s successor, President João Lourenço. This move has surprised many, as the current president was in the inner circle of former President Dos Santos. The Attorney General of Angola held a press conference in January provisionally charging Isabel dos Santos with embezzlement and money laundering.

Isabel Dos Santos’ fortune is based on rich underground resources such as oil and minerals. She headed Sonangol, the state oil company. Leaked emails indicate that she engaged in secret transactions of billions of dollars during her tenure. Following the media leaks indicating financial misconduct, some companies where Isabel Dos Santos was a shareholder have started selling shares, including the Bank of Portugal.The BBC has reported that Nuno Ribeiro da Cunha, one of the people named by the Angolan Attorney General as an accomplice in Isabel’s business scheme, has been found dead in Lisbon. He managed the Sonangol account in EuroBic Bank.

Isabel Dos Santos has filed a court case against the ICIJ, and has issued the following statement. “The allegations which have been made against me over the last few days are extremely misleading and untrue.”

Despite being one of Africa’s most resource-rich countries,the United Nations Human Development Index ranks Angola 149 in the world. Angola is the second largest oil producer in Africa and the fourth largest producer of diamonds, however two-thirds of the population lives on less than $2.00 a day. Maine is home to several thousand immigrants from Angola. The corruption scandal exposes nepotism in Africa, and the extent to which many long-serving African presidents give free rein to family members to launder money and impoverish their countries.