The privilege of choice: To be vaccinated or not?

“When my family landed in America in the 1990s and my siblings and I enrolled in school, one of the first things our parents made sure of was that we obtained our required vaccinations. I remember how insistent and excited my father was.” 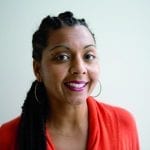 The big question on every American’s mind these days is whether or not to be vaccinated. Some are skeptical, due to the speed with which the vaccines were developed and released on the market. Some are hesitant, and say they would like to observe people who have been vaccinated in order to study the long-term impact of the vaccines before making a decision about themselves. At the same time, many Americans are eager to be vaccinated. According to the Pew Research Center, as of December, 60% of Americans had stated that they would get the vaccine if it was available to them. These Americans have confidence in the research and development processes that took place at Pfizer and Moderna before their vaccines were released.

Some African Americans are hesitant to receive the vaccines because they recall the history of the Tuskegee Syphilis Study, in which participants were deliberately misinformed and not given adequate treatment for their disease. The result was a loss of trust on the part of many African Americans toward governmental health agencies. In order to address these concerns, many are trying to learn as much as possible about the disease and the vaccines on their own. Activists and community leaders are encouraging discussions in order to allay the fears that people have.

Anti-vaccine campaigners, who have historically opposed vaccines in this country, have now turned their attention to campaigning against COVID-19 vaccines. According to data from the U.S. Centers for Disease Control and Prevention (CDC), measles outbreaks that have resulted in increased hospitalizations and complications have risen since 2010. Anti-vaxxers have advocated for vaccine exemptions, thus putting at risk their own lives and those of others. To address this issue, California passed a law in 2016 prohibiting people from using inappropriate medical exemptions to skip getting vaccinated, and now more people are getting vaccinated. Public health officials have been a key part of ensuring that inappropriate usage of medical exemptions don’t occur.

As an immigrant and a public health professional, the topic of COVID-19 vaccines has given me much to think about. I was born in Tanzania, a country where many vaccines were not readily available to the public, even though diseases were rampant. I have an aunt who was partially paralyzed because she got polio. We knew of family members who died because their tuberculosis was untreated. In the 1980s, my siblings and I received vaccines for smallpox, yellow fever, measles, and polio. Most children also received the DPT vaccine, which protects against diphtheria, pertussis, and tetanus.

There were some vaccines that we did not have access to, such as the Bacille Calmette-Guerin (BCG) vaccine, which is a vaccine for tuberculosis. That was likely due to a lack of access, as there was a high demand for it within vulnerable populations. My father, who was also born in Tanzania, had to wait until he first traveled to India as a teenager to obtain the BCG vaccine, since he hadn’t received it when he was born in the 1940s.

When my family landed in America in the 1990s and my siblings and I enrolled in school, one of the first things our parents made sure of was that we obtained our required vaccinations. I remember how insistent and excited my father was. As a medical doctor, he strongly believed in prevention first and treatment later. Having grown up in Tanzania and studied medicine in India, my dad saw firsthand the difference in the public health system in this country, and appreciated the ease with which we obtained the vaccines.

As an immigrant, I have often reflected back on those early days when we came to this country. Not only did vaccinations ensure our health, getting them also made us proud that we were availing ourselves of yet another privilege this country had to offer. Even today, not all people in the world have equal access to vaccines.

My training in microbiology and public health have shaped my understanding of diseases, as well as the obvious need to prevent and treat them. The main goal of public health professionals is to build and strengthen healthcare systems so we can prevent diseases through policy, education, and research.

With everything that we have been hearing and reading about the COVID-19 vaccines, I realize much needs to be done if we are to collectively fight against the disease and at the same time maintain our humanity, and allow citizens the freedom to choose whether or not to obtain the vaccines – with sound information as their guide.

So how can we do that?
First, we must continue to conduct thoughtful research, based on science and evidence. Researchers must be transparent about the outcomes they find, good and bad, and openly share their conclusions. The more informed people are, the more they will trust the healthcare system.

Second, we must acknowledge history, and what has sometimes led to poor outcomes in the past, such as the Tuskegee Syphilis Study. We can learn from the past and ensure that past errors are not repeated, and thereby assure each other that we are fighting against COVID-19 as one community.

Third, misinformation should be counteracted with scientific facts presented by experts – whether clinicians, public health professionals, or researchers. The U.S. CDC has published lots of information on their website, such as the length of time it takes for the body to build immunity after receiving the vaccines, side effects to be expected from the vaccines, and the mechanism of how the vaccines work. Awareness-building and education within our communities is key, in order to create dialogue. Open discussions will allow those who are misinformed to have a chance to understand the scientific facts.

I feel grateful as an American to have the privilege to choose whether I want to be vaccinated or not. When the time comes, we will all have access to the vaccines, regardless of social or economic status. As an immigrant who continues to work in low-resource settings, I hope access to the vaccines will be offered to everyone in this world. Oftentimes, low- and middle-income countries are the last to receive the vaccines, and at times, they are even forgotten. My hope is that we will ensure that the larger global community is afforded the same privilege and access to the COVID-19 vaccines as the American community.

Rupal Ramesh Shah is a third-generation Tanzanian who grew up in an ethnically Indian family in the town of Moshi, at the foot of Mount Kilimanjaro. Her family immigrated to the U.S. when she was a teenager. She has degrees in microbiology and public health and serves as Executive Director of Konbit Sante, a public health organization that partners with healthcare facilities in Haiti to provide access to healthcare services. As a Tanzanian-Indian-American, with a strong work focus in Haiti, Rupal often finds herself living at the intersection of cultures and communities. She enjoys hot cups of spiced chai, listens to Taarab music from Zanzibar, and knows where to buy the best street food in Mirebalais, Haiti. In addition to Amjambo Africa, she writes for street newspapers that advocate for the rights of people who are homeless in Boston, San Francisco, and Seattle.