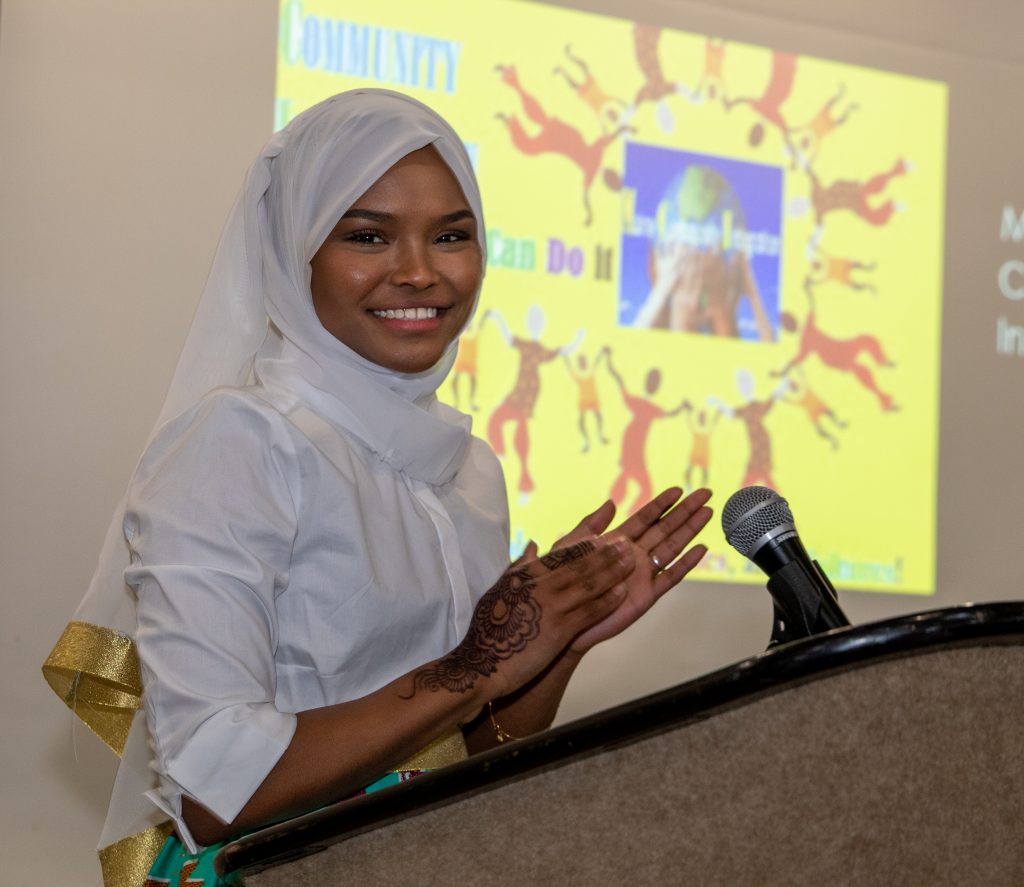 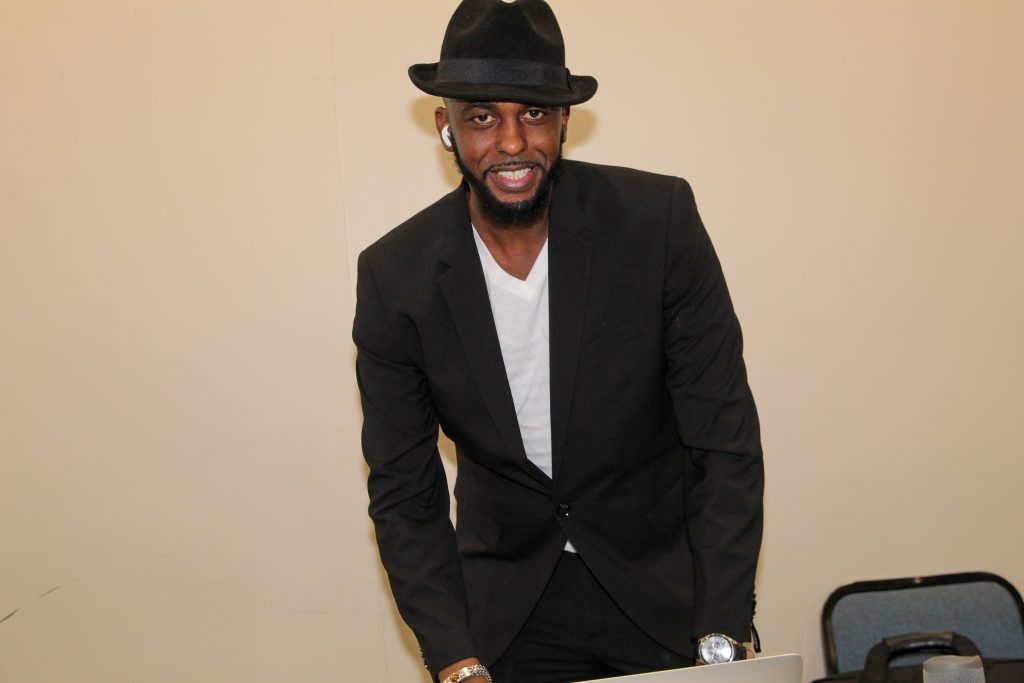 Councilor Khalid entered to a standing ovation. When she took the podium she spoke of her childhood arrival as a refugee in Lewiston, saying, “It feels like just yesterday when my family and I arrived in the United States.” She thanked her mother for her heroism in leading her family to safety in the United States. “If you are here to celebrate me, celebrate my mother too,” she said. Khalid made a point of also thanking her teachers for the education she received in Lewiston’s schools. 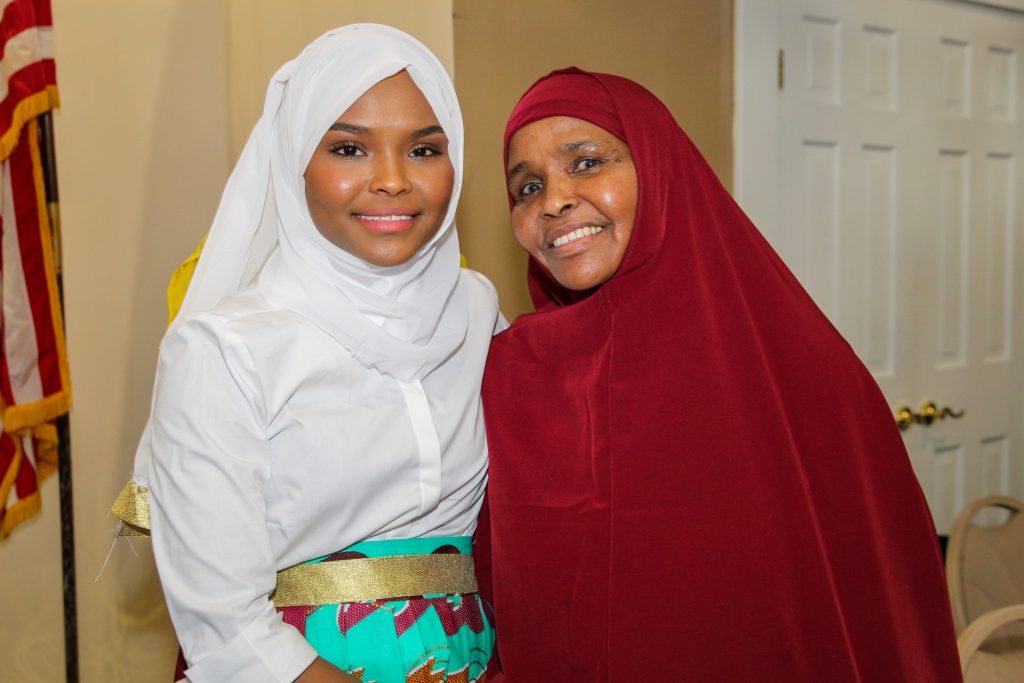 Safiya Khalid and her mother.

Khalid’s campaign was characterized by a lot of hard work on her part – long hours of grassroots campaigning, going door to door to meet community members –  and by hate messages and threats from social media trolls that threatened her during the last period of her campaign. “I didn’t have the easiest and the nicest campaign – wink, wink – but I knew the hate didn’t come from Lewiston. Lewiston supported me – you gave me nearly 70% of the vote! My story is Lewiston’s story, and I hope in the coming years I live up to the faith you have placed in me. Lewiston, I thank you from the bottom of my heart.”

Portland City Councilor Pious Ali congratulated Khalid on her victory, saying,”Those of us who support you far outnumber those who do not.” Representative Kristen Cloutier, former mayor of Lewiston, remarked, “You really knocked it out of the park despite some social media trolls.” Congressman Jared Golden noted that Khalid “carried herself with class and dignity when she was being attacked.” He added that Khalid represents a new generation of leaders with a hopeful vision for the future, and he complimented her on her courage and for being ‘tough, smart, and kind.’. He noted the ugliness of the threats that have followed Khalid – there were some against the celebration event itself. 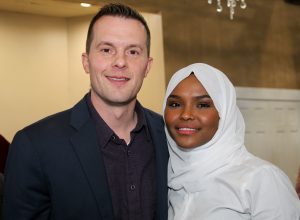 South Portland City Councilor Deqa Dhalac urged Councilor Khalid to “keep your eye on the prize” and “make the change the world needs – here, in the House, and in Congress!” 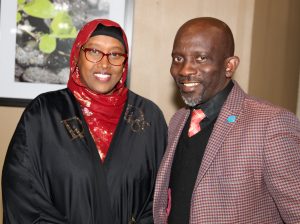 Sarah Skillin Woodard, former executive director of Emerge Maine, a training program for women interested in running for public office – which Khalid attended at Skillin Woodard’s suggestion – followed the events of the evening with emotion written all over her face. “I am overwhelmed,” she said. “But I thought she would win. She is 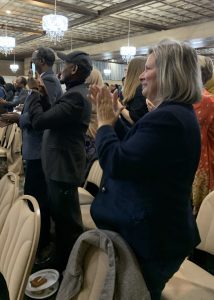 “I am hoping for along future in politics for her, said Sarah Skillin Woodard 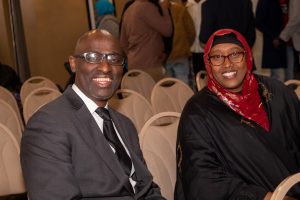 strong and smart, which will propel her forward, and I am hoping for a long future in politics for her.”

Dr. Abdullahi Ahmed, Acting principal of Deering High School, said, “This celebration is not just about Safiya, it is about Maine. The reason people move to Maine is definitely not the climate – and it’s not welfare benefits, as some people think – people come to Maine because of Maine’s attitude of acceptance. This celebration is about that. This is history in the making.”

Abdullahi Ali, CEO of Gateway Community Services, noted the prominent position Khalid now occupies in the minds of youth in Lewiston. “Younger people see her taking steps to create change, and they are inspired. She is a real role model to youth.” 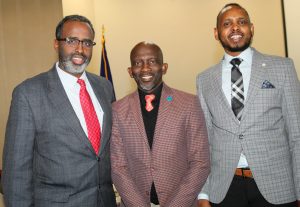 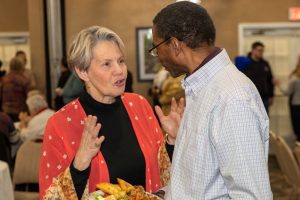 “One of the great honors of being a leader is being able to open doors and break down barriers,” said Betsy Sweet

Art teacher Deanna Ehrhardt and Restorative Practices Coordinator James Ford, both of Lewiston High School, described a recent visit Councilor Khalid made to the the school, where she spoke with 120 students. “You could hear a pin drop,” Ehrhardt said. “And it wasn’t just the Somali kids, it was all of them. She is a heroine in the community.” Ford agreed. “She has shown that there is life after high school in Lewiston. You can come back and make a difference – or you can stay and make a difference. The kids are moved by her story of how she came to Maine as a refugee, experienced some bullying growing up, lost a school board race – yet survived, and now is a City Councilor. Lewiston supports her.” 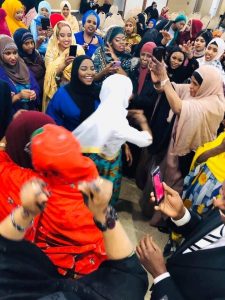 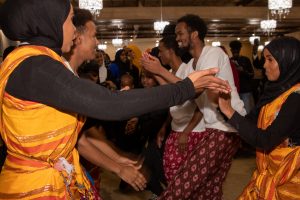 That support was palpable in the mood at the party. Smiles lit up faces, women were decked out in finery, and Dalmar Yare’s exuberant music kept people out on the dance floor doing Dhaanto and other traditional dances. At one point the floor was cleared for Councilor Khalid to dance just with her mother while well wishers looked on, eyes bright with joy. Children flitted through the crowd throughout the evening, enjoying cake, and the festive atmosphere, and joining the dancing off and on. 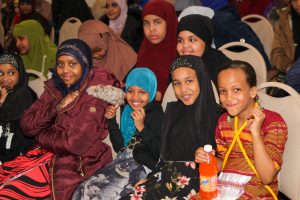 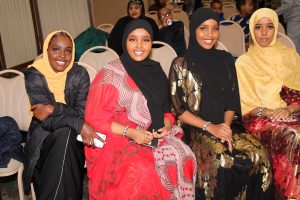 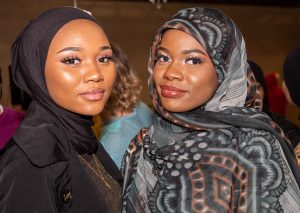 The organizing committee, and Councilor Khalid, were honored by Congressman Jared Golden’s

presence and participation in the celebration. They offer big thanks to the Democratic Party of Maine’s Chairwoman Kathleen Marra for her attendance and her support, as well as to Councilwoman Nadia 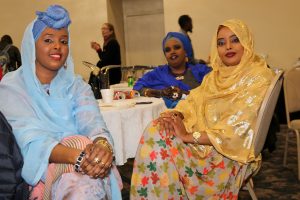 Mohamed of St. Louis Park, MN for traveling all the way to Lewiston to celebrate Safiya Khalid. They also thank  Hon Hussein Hirsi Ahmed, who was elected as a member of Parliament from Jubbaland, State of Somalia, and is currently a businessman and long-term resident of Lewiston. 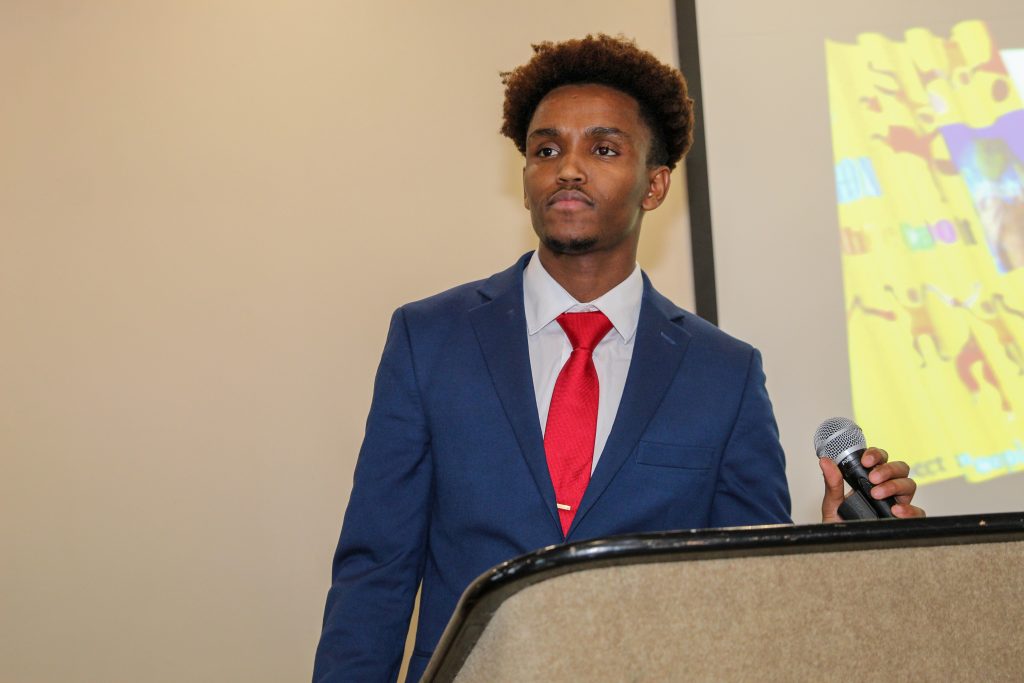 “My sister has united us all, and brought us together,” said Mohamed Khalid