The Capital of Music and Dancing 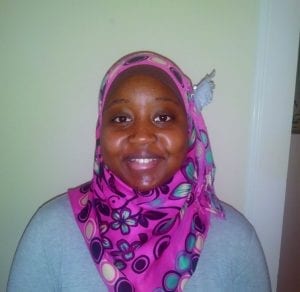 About one million people died in Rwanda during the Rwandan Genocide, a huge number. By 2008, according to the International Rescue Committee, the war in the Democratic Republic of Congo (DRC) had caused 5.4 million deaths, a number of casualties second only to World War II. There has been no updated official casualty statistic for DRC’s war since 2008.
My school had a cultural fair on April 28th, and it was pretty great! I admit that I could have prepared better for my presentation, but it took place during testing season, so I couldn’t put in as much effort as I would have liked. Still, I thoroughly enjoyed the fair. I represented DRC, my mom’s homeland, which is a country full of funkily dressed people – so I had to be a little flashy in dress. I wore one of the more traditional outfits, in an African print. I’m a little ashamed, actually, because my poster didn’t talk about the struggles that plague the DRC, the ones we hear so little about here.
We hear quite a lot about the genocide against the Tutsi and how it affected Rwanda, but we don’t hear much about the countries that were caught in the crossfire of that genocide.
We also hear about famine in Somalia, but not much about other African countries that are having an equally hard time. I’m not saying that genocide and famine aren’t important topics – quite the opposite – but we shouldn’t forget to count the Congolese who died as a result of the chaos in neighboring Rwanda.
How can a country go from being “The Capital of Music and Dancing” to “The Rape Capital of the World” without people talking about it? A 2012 study by the National Center for Biotechnology Information (NCBI) found that in Congo alone “approximately 1,150 women are raped every day, 48 women are raped every hour, and 4 women are raped every 5 minutes.” If these numbers represent the women who were willing to complete a survey, what would the number be if the results included all women who have been raped?
When my mom brought up these facts about DRC as we stood by my poster, one man pointed to the picture of Felix Tshisekedi, the newly elected president of DRC, and asked if he was helping. Mom bluntly answered, “No.” Anyhow, we know that in most parts of Africa, if not all, the elections are rigged; they are democratic only in name.
I still believe there is hope in DRC. While the government has so far failed the people, some people have risen up and become the hope that is needed. Dr. Denis Mukwege is one of those people. You may have heard of him; he won the Nobel Peace Prize last year for his work in Panzi Hospital in Bukavu where he performs reconstructive surgery on victims of rape.
My hope for the future is that DRC will go back to being called “The Capital of Music and Dancing,” where people are flamboyant, happy, and always smiling. I hope to meet Dr. Mukwege one day and thank him on behalf of all the aunties, sisters, cousins, mothers, and grandmothers that he has helped.

Firdaws Hakizimana is a student at Cape Elizabeth High School.
She loves terrible puns, writing, and is one of a kind.