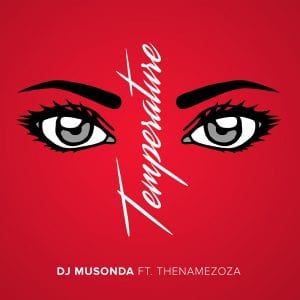 Musician, producer, and DJ Mike Musonda was born in Zambia and grew up in South Africa before moving to Portland, Maine, a little over three years ago. “We don’t have many big musicians [in Maine] so I’ve been analyzing the climate here to see what I can do to help push Maine’s music scene forward. I decided what I wanted to do was bring people together who make music in Maine, in a project that truly represents all the different cultures that exist here.”

Musonda said it was the COVID-19 pandemic that inspired him to launch his vision. “I thought to myself, ‘What if this really is the end of the world and I haven’t even proved to myself or others that I can be a good musician?’ I realized we don’t have much time on this Earth, that anything can happen at any moment, and you really have to go after what you want right now because later may not come.”

The project involves seven Maine-based musicians who are all from different backgrounds and who represent various musical genres, including pop, R&B, Afrobeat, and more. “Living in different countries growing up has really helped me understand different cultures, different worldviews, and different tastes – in music in particular,” the artist explained. “In Maine, for example, there isn’t much of a hip-hop scene; people mostly listen to country here. So as an artist, I have to produce music that will appeal to the culture around me, that people can relate to.”

Musonda’s creative process starts with research, which for him means listening to many distinct musical genres and styles, such as classical, jazz, ’70s and ’80s pop, and reggae. “Then I sit down and put together all the sounds I’ve listened to in the last weeks. Music relates to life, so I always try to convey the feelings I’m feeling at the moment through the music I’m creating,” he said. Musonda has released singles and has produced music with other artists before, but this will be his first big project involving so many artists. 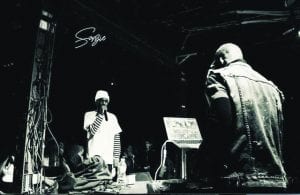 The first song – “Temperature” – is a collaboration between Musonda and Nigerian-born singer-songwriter Zoza, and was released on Valentine’s Day this year. Zoza moved to Maine when he was a teenager, but first met Musonda at an event where Musonda was the DJ. When Musonda learned Zoza was a musician, he suggested they collaborate. “I had him come to my house to freestyle, to see if he was a good musician, and if he could really sing and write. I played him a beat, and he immediately started writing. We recorded then and there. I was amazed that he could write an entire song in just a few minutes,” Musonda said.

“It was a match made in heaven,” Zoza said of the collaboration. “He sent me the beat and it was so special, I knew I had to make something exceptional with it, and so ‘Temperature’ was born. It’s inspired by that feeling of a budding love, the butterflies you get in your stomach when you’re near that one special person.”

The song, which is a blend of Afrobeat and pop music, is colorful and catchy. “I’m hoping that ‘Temperature’ will act as a gateway, a stepping stone of sorts, for the future projects that I’m planning,” Zoza said. Currently he has three songs available on Spotify and Apple Music, but he’s hoping to gain enough traction with “Temperature” to allow him to release his first EP. “Right now, my main focus is Afro-fusion but I don’t want to box myself into one genre,” he said. “I want to work with many different artists who represent different genres. Music is kind of like flavor – you add different spices to it, and it produces something rich and unique.”

Zoza is currently on his way to earning a bachelor’s degree in marketing. “Being educated is important to me,” he noted. “I don’t want to be just an artist. I want to look into the business side, as well, because I want to create my own brand.” He is hopeful about his future career, and takes on a holistic approach to music. “Right now, I’m an up-and-coming artist, but I have a lot of confidence in myself and my craft,” he said. “I’ve already envisioned where I’m going to be. But I still take every day as it comes, and slowly pave my way there.”

“Temperature” will be the first of three songs to be released in the lead-up to the launch of the full album in August 2021. The two other songs will be released in April and June. After each release, Musonda plans on shooting a music video for the song, and later he will produce a small documentary about the making of the whole project. He aims to record about 20 songs total, 12 or 13 of which will end up in the final album.

“The songs will cover many different subjects, from love and finding one’s purpose, to social issues and the struggle of everyday life,” Musonda said. “With this album, I want to inspire people and touch their hearts, and I want them to reflect on their lives.” Because of COVID-19, holding a traditional launch party is unlikely, but Musonda intends to stream a virtual launch party, in true pandemic style. Stay tuned to Amjambo Africa for details.