Chad: A demonstration repressed by the military left about 10 people dead.

Translation from the French by Nathalie Gorey 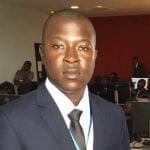 Hundreds of young people took to the streets in several towns in Chad on April 27 to denounce the seizure of power by the ruling junta after the death of Chadian President Idriss Deby Itno. It was following this death that Mahamat Idriss Deby, the son of the late Chadian president and head of a Transitional Military Council, decided to take over the country to assume the duties of president. The young people described the takeover as a confiscation of power by the president’s son. The demonstrators burned tires, barricaded streets, and vandalized facilities of French companies in Chad. 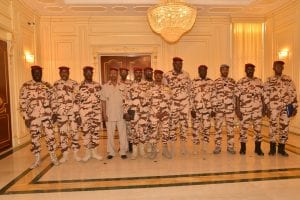 The authorities claimed that six people died during the protests. But the Chadian Convention for the Defense of Human Rights shared their numbers: 11 people shot dead, about thirty injured. and more than 200 arrested in demonstrations that were banned by the authorities. On Wednesday, April 28, demonstrations resumed in some areas of the city, notably in the 6th, 7th, and 9th districts. The police, the Nomadic Guard, and the gendarmerie sought to disperse the crowds.

One young man was shot by a member of the police force in Walia in the 9th district, south of the city of N’Djamena. The youth died of his injuries after being evacuated to hospital, according to several witnesses at the scene. The death toll could rise, since many of the wounded are said to be in need of blood transfusion. It is in this context that the opponent Dr. Succès Masra, president of the Transformers, and Max Lolangar, president of the Chadian League of Human Rights, called on people of good will to donate blood to enable health personnel to save the injured. 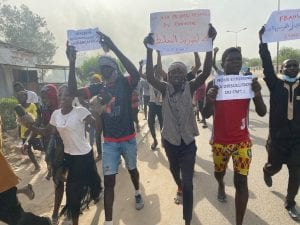 The situation in Chad is volatile

A few days after taking power on April 20, 2021, the president of the Transitional Military Council appointed Prime Minister Albert Pahimi Padacké, who also prime minister under the government of Idriss Deby. The appointment follows consultations by the new president with Romandoumngar Felix Niyalbé, leader of the opposition, and more than forty other parties, with the aim of forming a consensus government. Despite this effort,  several opposition parties are again calling for demonstrations against the Transitional Military Council. Tension is still palpable in the Chadian capital.

Vincent Kende Niebede is based in Chad. He writes in French. Translation forthcoming.