Sudanese Protesters Back in the Streets

Chanting “Peace, Justice, and Liberty,” and “One army, one people”, thousands of Sudanese demonstrators took to the streets on April 6 to demand an end to the three-decade long regime of Omar el-Bashir. Security forces were deployed in Khartoum in advance of the demonstrations to contain the crowds and prevent them from reaching the city center. Despite the efforts of security forces, for the first time since protests began in mid-December, protestors are said to have come close to military headquarters by fanning out onto side streets and approaching the headquarters from many directions. Saturday’s demonstrations were were not contained to the capital and the neighboring city of Omdourman, as they have been, but also took place in the city of Madani, which is southeast of Khartoum. Demonstrators in Madani are said to have reached government headquarters. Hundreds of journalists, opposition leaders, and activists have been arrested since the protest movement was sparked 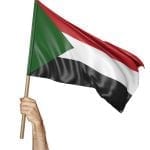 by the government’s tripling of bread prices on December 19. Omar el-Bashir declared a State of Emergency on February 22. According to Human Rights Watch, 51 people have died in the protests.