From the Ground: Sudan 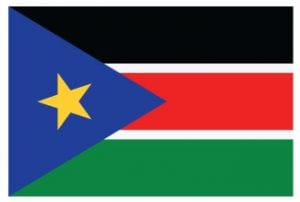 Sudanese Mainers express great fear about the current situation in Sudan. Over the last month, thousands of people have taken to the streets to protest President Omar Hassan Ahmad al-Bashir’s regime. They are asking him to resign, saying they have had enough of his regime. The Sudanese diaspora in the United States is circulating a petition calling on the United States Government and the international community to push for the resignation of President Bashir. The petition states that President Bashir has held power long enough (over 30 years), that his regime has been disastrous for the country politically, socially, and economically, and that he should resign. Those reporting from Sudan say that President Bashir’s response to the uprising has been ruthless and brutal, with clashes resulting in deaths, incarcerations, and torture. One of our sources in Maine reports the death of a relative during the uprising. All are deeply sorrowful about the current situation in Sudan and hope that President Bashir’s authoritarian regime will end very soon, to be followed by a new, democratic system for Sudan.