Standing Against Violence and Hatred in Augusta 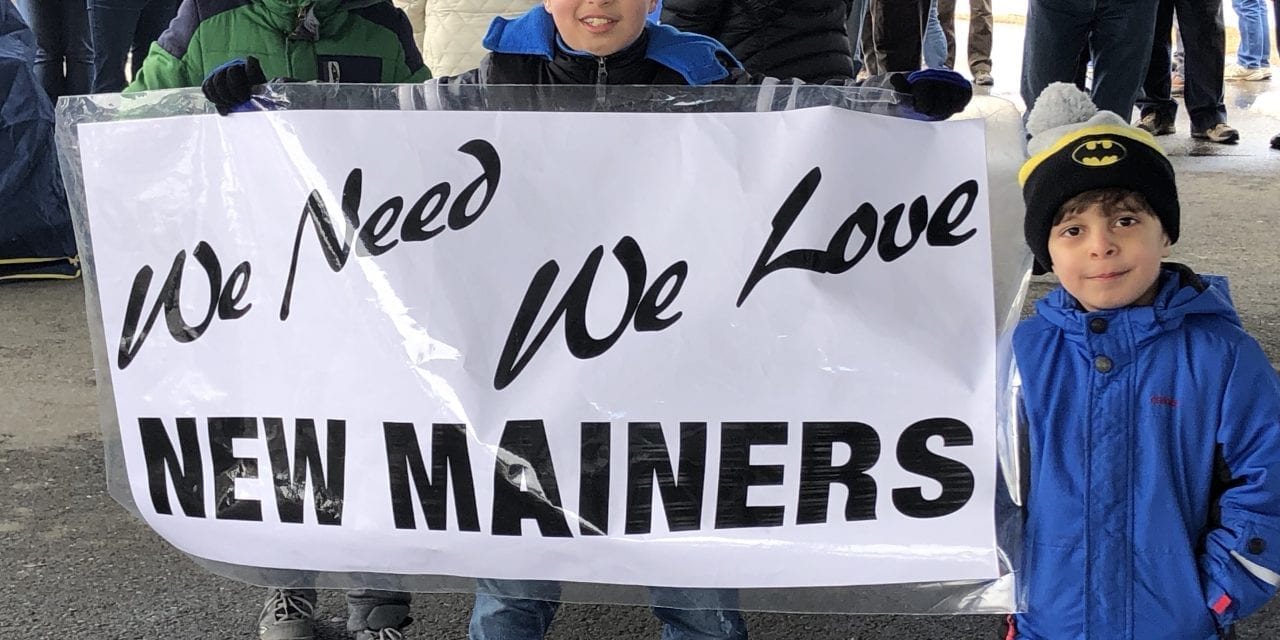 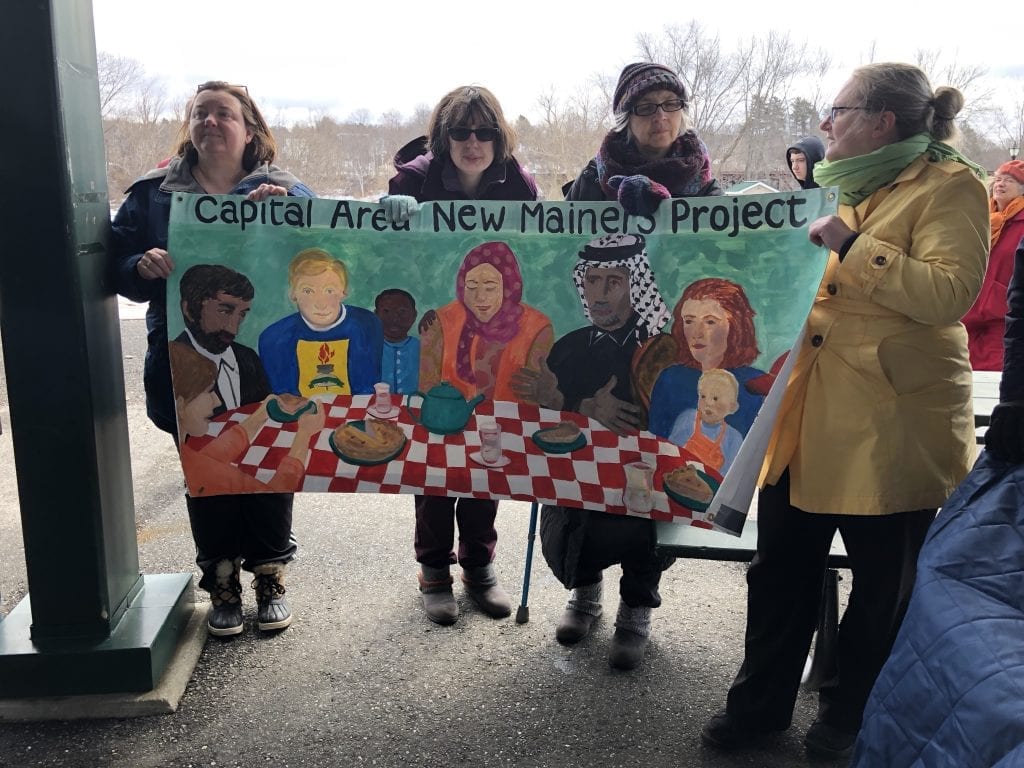 in Augusta’s Mill Park to stand together against violence and hatred. Organized by the Capital Area New Mainer’s Project (CANMP) as a response to the New Zealand massacre, speakers ran the gamut, from prayerful to action-focused.

Chris Asch, Executive Director of CANMP said, “We stand together to grieve, and mourn, but also with hope. Here in Augusta, out of many communities, we are one!”

Religious leaders from a variety of denominations prayed – some in English and others in Arabic – for peace and an end to division. All joined hands and sang the anti-war anthem ‘Down by the Riverside’. 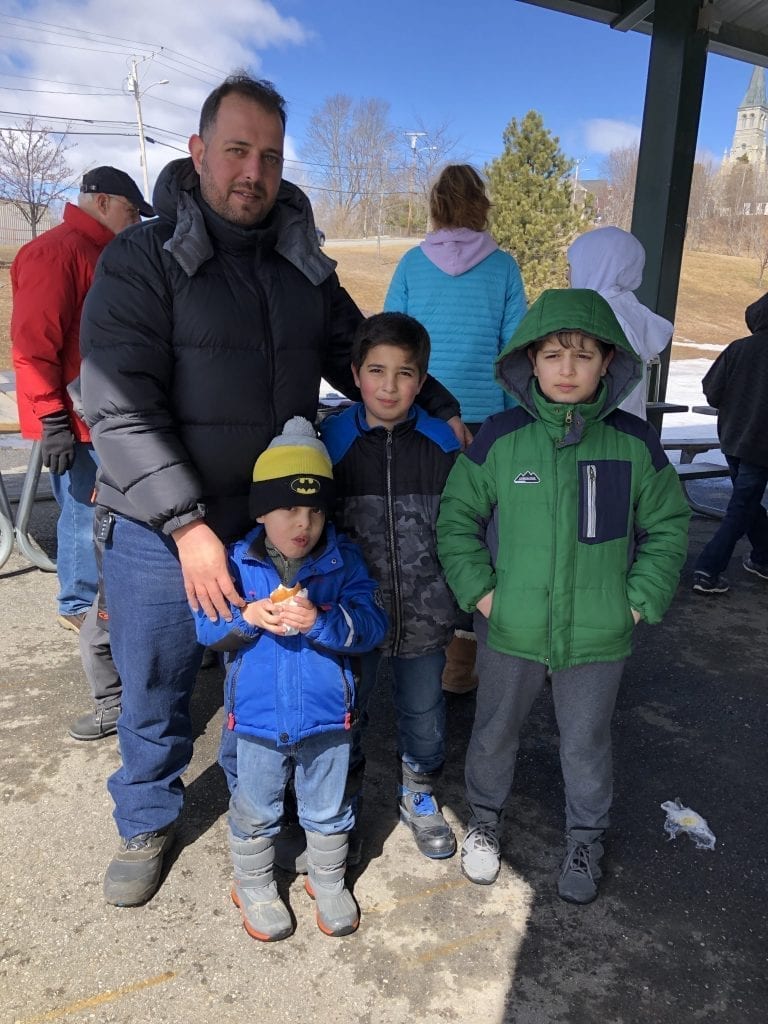 Mayor David Rollins of Augusta spoke directly to the many New Mainers in the crowd. “On behalf of the citizens of Augusta I say, ‘We are proud to have you.’”

Aaminah Aleem, originally from Pakistan and now a graduate of the University of Maine, urged the crowd to become active. “If you come across someone with misconceptions about Islam, guide them. Help them to get accurate information. In Islam every life is sacred.”

Fatimah Halwah, 16 years old, originally from Syria, her voice electric with emotion, read a poem in both Arabic and English that she had written for the occasion. 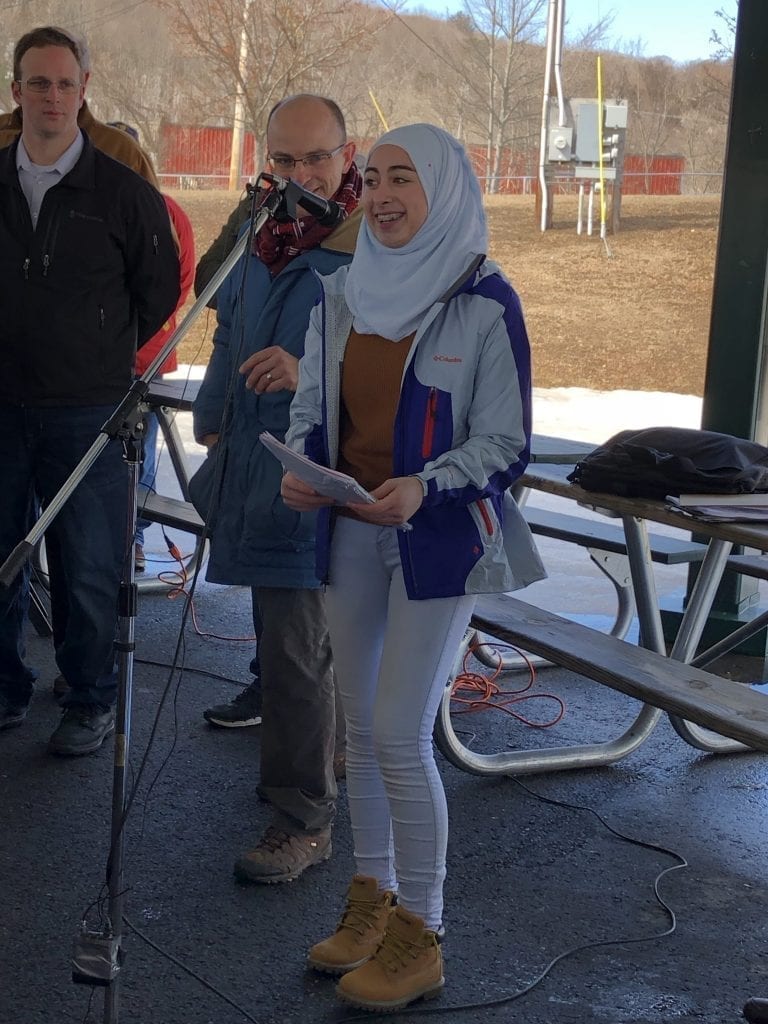 Over the past seven years Augusta has become home to a growing community of New Mainers. Those at the rally came from Augusta as well as neighboring towns such as Hallowell and Gardiner.