A capacity crowd that ranged in age from toddler to senior turned out for the August 22 Garifuna Collective’s concert held at SPACE in Portland in honor of the non-profit cultural center’s 17th birthday. The concert was co-presented with Indigo Arts Alliance. Portland’s own popular solo performer Angelikah Fahray opened the evening for the Garifuna Collective. She sings a mix of R&B and soul, and the crowd received her enthusiastically. 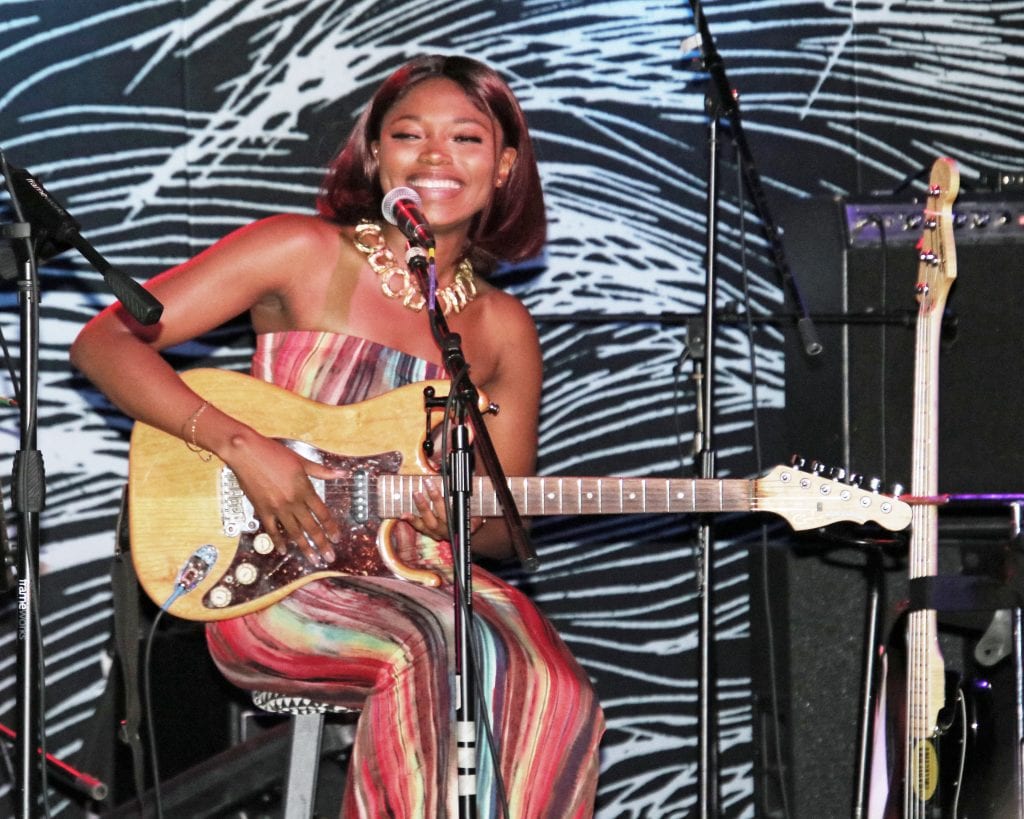 The Garifuna Collective is a multi-generational musical group from Belize that has been performing the music of the Garifuna people internationally for more than 20 years. The Garifuna are descendants of West African people who arrived on the Caribbean island of St. Vincent in the 1600’s, most likely when slave ships wrecked off the coast of the island. Survivors are believed to have swum ashore and eventually mixed with the island’s indigenous Arawak and Caribe people, creating a unique culture that is very much alive and well.

The Garifuna live in coastal communities of Belize, Guatemala, Honduras, and Nicaragua, where the unique language, customs, music, dance, and spirituality continue to evolve. Many Garifuna also live in the United States and Canada.The Garifuna Collective’s album ABAN, which means “one” in the Garifuna language, will be released on September 15, 2019.

The crowd was up on its feet dancing much of the evening, and the joyous vibe  in SPACE was a fitting celebration of SPACE’s 17th anniversary, as well as of Indigo Arts – two cultural institutions that enrich the Portland arts scene.