In the wake of George Floyd’s death at the hands of police in Minneapolis, Minnesota, on May 25, 2020, protests erupted into a national moral reckoning about racial justice. People marched and demonstrated all over the country, around the world, and throughout Maine to draw attention to racist violence and to demand change. Businesses and institutions issued statements supporting diversity and denouncing their racist histories, and municipalities began forming committees to address inequity in their cities. Bangor, Lewiston, Portland, and South Portland were four of these municipalities; each city’s new committee or commission is currently in a different phase of its work. In a series of articles, Amjambo Africa will examine the efforts to address diversity, equity, and inclusion (DEI) by each of these cities and their respective school departments. This first article focuses on South Portland’s new Human Rights Commission. In upcoming issues, we will profile municipal DEI efforts in Bangor, Lewiston, and Portland, and parallel projects in the school departments 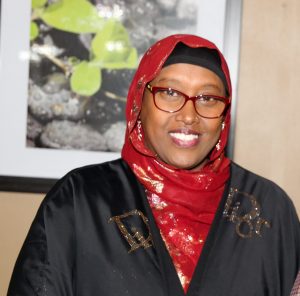 “When George Floyd was murdered, it really hit home for me,” said South Portland City Councilor Deqa Dhalac. “I’m the only person of color on the council, an immigrant woman, a Muslim woman, a Black woman.” So she presented a resolution – affirmed by unanimous vote of city council – condemning the murder and stating that racism and bigotry would not be tolerated. But for Dhalac, that was not enough. “I’m an action-oriented person. I needed some action behind it.”

As she talked with different people in the community, many suggested forming an ad-hoc committee to assess what the city needed and make recommendations, and that would meet for only a limited amount of time. “It didn’t sit well with me,” Dhalac said.

Dhalac, along with Pedro Vazquez, who is a legal advocate for people with disabilities, and Margaret Brownlee, the first first diversity, equity, and inclusion officer at Portland’s Maine College of Art, worked together to conceive a permanent commission to address human rights in South Portland. After a series of safely distant meetings on Vazquez’s front porch, where they shared ideas and research and hammered out details, they made a presentation to the city council, which again demonstrated overwhelming support.

“We had tremendous support from our city council,” said Vazquez, who now chairs the commission. “We had great support from [District Four Councilor] April [Caricchio], and from Deqa, who is a force…. I could name every person on city council and tell you how vital their support was in the formation of this commission.” The commission’s formation, Vazquez said, was based primarily on the community’s recognition that issues of racism are deep and systemic, are very real, and affect everything that happens in the city on a daily basis. “It’s rooted in the Black Lives Matter movement, it’s rooted in abolitionist work, it’s rooted in our community’s realization and recognition that this is a true problem that exists, despite what you hear in some circles, and a real commitment to doing something about it.”

Passed on September 29, 2020, Ordinance #03-20/21 amends the “Health, Welfare and Sanitation Generally” section of the city’s code to enact the South Portland Human Rights Commission (SPHRC). The new, permanent commission’s 13 members include representatives of each of the city’s five districts, nominated by that district’s city councilor; two at-large members, nominated by the at-large city councilors; one adult and one youth, age 16-22, as community at-large members; and four non-voting members from the city’s police, planning, human resources, and school departments. They will serve staggered, three-year terms, with the youth member serving one year. Most members came to the commission work with relevant professional backgrounds such as tribal and First Nation law, aged community rights, and work with people who are unhoused. Some have spent much of their lives advocating for the rights of marginalized people, Vazquez said. At the same time, there is no preset criteria for who can “qualify” to be a member. “Those serve to silence some people. There’s no reason why brilliant ideas can’t come from people who formerly didn’t participate,” he said.

The commission’s purpose, per the ordinance, is “to provide support for the people of South Portland, specifically marginalized groups, in order to build community; provide education and training; celebrate diversity and inclusion; increase community engagement; and review policies and provide policy recommendations to the City Council and the City Manager. The SPHRC will work closely with Black, indigenous and people of color; LGBTQ people; people with disabilities; and low-income families. The SPHRC will work to prevent hate and discrimination in the City.”

The idea generated great enthusiasm among the public, too, which packed the virtual city council meetings to emphasize to councilors the importance of forming a human rights commission. 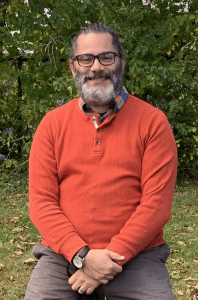 “Some of those city council meetings had record attendance,” Vazquez said. “We’re talking about hundreds of people. If the meetings had been held in the traditional manner, the council would not have been able to accommodate all the folks that were there.” He believes that support is so broad because “we’re not just talking about racial injustice. We’re talking about gender injustice, folks who have been marginalized, elderly people who are often sidelined, sometimes by their own families, and having to make decisions about food versus rent. Human rights affect everybody. That’s why it was important for us to be intentional in the name. Even the naming of something affects its operation. So you have to spend a lot of time on the foundation.”

Part of that foundation included carefully choosing city departments to be represented on the commission. The ex-officio members are the planning director, human resources director, assistant school superintendent, and deputy police chief. Right now, the commission is still in the organizational stages, and is well into the foundational work on its first project – an equity audit. They are examining data about demographics and salaries. Commission chair Vazquez said, “It’s important to me that we come to grips with the fact that a large number of city department heads being white males is not representative of what our community looks like. We have to look at the materials that were involved, and conditions that led to that.” With hiring as one of the first areas to be examined, Human Resources Director Stephanie Weaver sits on the commission and can answer questions and provide data. Vazquez credits City Manager Scott Morelli with putting together the department list for the best possible result; in addition to human resources, the list includes planning, schools, and police.

“There were a lot of rumors about defunding the police,” said Dhalac. “But from the get-go, I welcomed the police and wanted them to be part of this commission. At the end of the day, they are the ones interacting with the BIPOC communities.” She told Police Chief Timothy Sheehan that she wanted the police to be part of this. The department’s own data showed that South Portland police were stopping Black, brown, and people of color more often than they were stopping white people. The chief supported the commission – the Portland Press Herald reported that he had supported the summer protests, too – and allocated $25,000 to the commission from the police budget. With another $5,000 from the city’s executive department, the commission started with a $30,000 budget.

“Back when the protests were happening this past spring, I had called Councilor Dhalac and said, ‘However this ends up, I would like to be part of the solution,’ ” said Deputy Police Chief Amy Berry, who now sits on the commission. A long-time member of the force, Berry knew change needed to happen. “I was very outraged when I saw the news about George Floyd’s murder. I knew that that incident was going to make every law enforcement officer’s job that much harder to do because it generated so much outrage throughout society, but equally strong outrage among the law enforcement community.” Berry looks forward to getting into substantive discussions about the changes that need to be made. 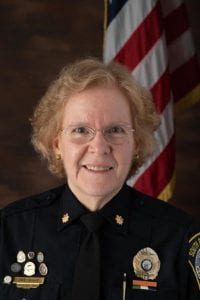 “These are people who understand there’s a problem and genuinely want to do something about it,” Vazquez said. “It’s unlike anything I’ve ever seen, frankly, and I think it’s rooted in the very real feeling and foundational concept that we’re not out to blame anyone. That’s not what this commission is about. It’s about a real reckoning of how the power structures have existed for hundreds of years and how they have benefited some folks and marginalized other folks, with the support of the community.”

Another element of the commission that is important to Councilor Deqa Dhalac is having a youth member. “I want to have that young person, and I want that young person to have the power to vote like anyone else so that is a good empowerment for our youth,” she said. “Young people make the difference in this country. Embrace them. They’ve got so much that they know…and if we don’t really appreciate that, they will say, ‘Why am I doing this?’ ”

Per the city website, the commission will initiate policy recommendations, assess the human relations and civil rights needs of the community, cooperate with other groups and governmental agencies, refer allegations or complaints of human rights violations to the Maine Human Rights Commission, initiate data collection and evaluation activities that will identify minority and low-income concentrations, aid the city in attracting qualified employment candidates from minority constituencies, aid the city in providing training opportunities to employees, seek outside funding sources, and organize or support events.

Vazquez was also instrumental in helping ensure the permanency of the commission because future city councils may not be as supportive as the current one. The ordinance states that the commission can’t be disbanded without a two-thirds vote from the entire council membership. “My understanding is that this is the only commission in the city [government] that has this provision,” he said.

Deputy Police Chief Berry fully supports the commission being permanent. “I think it’s important to maintain what you establish so that you can make sure that whatever changes have been made are being maintained,” she said.

All of the commission’s findings and recommendations will be released and be publicly available. The commission intends to be visible in order to bring people together and grow into the community.