Somalia turns back to oil and gas 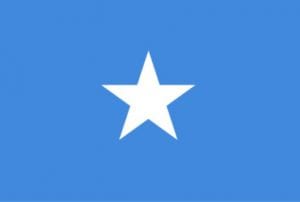 After nearly 50 years of armed conflict and civil unrest, a recent move to re-establish the authority of government, together with increased international peacekeeping efforts in the region, have brought relative calm to Somalia. Taking advantage of their newfound stability, the country is exploring the extraction of offshore oil and gas and is looking to attract foreign investment, according to offshore-technology.com. The website reports that Somalia is among the few territories left in the world that has the potential of untapped resources.

In May, based on speculation that because of its geographical proximity to oil-rich Yemen, Somalia may also be rich in oil and gas, Somalia’s Ministry of Petroleum and Mineral Resources announced bidding for offshore licensing to begin in August 2020. The government has ratified a new petroleum law, which established the Somali National Oil Company. Before the long civil unrest that began in the 1960s, the country was invested in onshore oil drilling in partnership with companies like ExxonMobil, BP, Texaco, and Shell. These companies hope to find common ground with 21st-century Somalia and nurture this renewed spirit of exploration.

However, despite Somalia’s economic progress, experts see challenges ahead. Somalia is in the Horn of Africa, and is neighbor to Kenya and Ethiopia, as well as unstable Yemen just across the Gulf of Aden. And not all parties look at the renewed interest in oil and gas with favor – Somalia faces backlash from Puntland and Jubbaland. In addition, Somalia and Kenya are in dispute over their maritime border. On top of other challenges, COVID-19 has slowed down business, while Somalia faces a surge in COVID-19 cases. And Al Shabab, a militia organization, is active in Somalia and has killed many people.