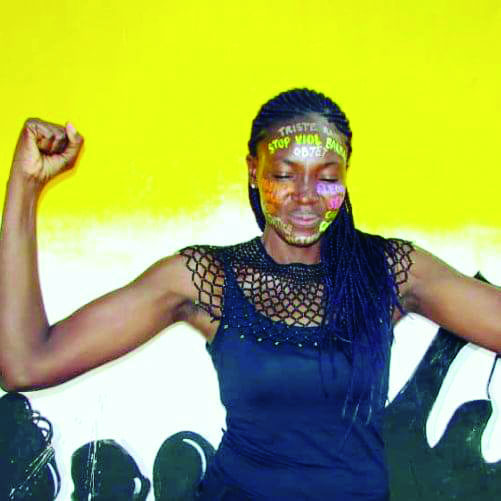 Chad’s penal code claims to punish rape and all forms of violence against women, but organizations for the defense of women’s rights in Chad – as well as in neighboring Cameroon and the Central African Republic – say that accused perpetrators, as well as their accomplices, too often go unpunished.

Official data on violence against women is scarce in the region, but local community organizations say the problem seems to be growing. However, they point to social media as an important tool in helping to expose abuses, as in the case of Achta Abakar, a young woman who was arrested in Choukou-talia, in the province of Lake Chad, by men dressed in military uniform in February 2019. When she resisted their efforts to rape her, the men whipped her until she was forced to comply. The scene was filmed by a witness and posted on Facebook. Local activists and organizations demanded that the perpetrators be found and brought to justice, and one month later, three officers were arrested. Their cases are pending. The accused are Lieutenant-Colonel Mahamat Haroun, Warrant Officer Djetoloum Mendjino Bienvenu, and Sergeant Barka Djekaoussem Dandionadji.

The cases of Zouhara, a 16-year-old high school student, and of 15-year-old Mera – both of whom were kidnapped and raped, in February 2016 and June 2021 respectively – ended in a similar manner. In these cases, it was the attackers who did the filming and who shared the videos on the internet. Members of human rights and civil rights organizations saw the videos and marched for justice. Subsequently, some of the perpetrators were arrested, tried, and convicted. Observers believe the convictions will send a message to the sons of the ruling class, who have historically been protected from prosecution for raping girls and women.
Very few victims are willing to speak out and share their stories, however 10-year-old Mariam (a pseudonym is used for her protection), who lives in a village in eastern Chad near the border with Sudan, told Amjambo Africa, “I was kidnapped by men in the village where my family lives. Several men tied me up, and they used an iron bar to hit me. They wanted me to follow them to Libya.”

Épiphanie Dionrang, president of the Chadian League for Women’s Rights, discussed prosecution of rapists and abusers. She said, “Violence against women in Chad is sometimes perpetrated by people close to the victim, and it is sometimes difficult to prosecute the perpetrators, since most law enforcers are men.”

An observer familiar with Chadian politics who asked to remain anonymous said, “These cases of violence against women in Chad are sometimes used as a weapon to silence or shame influential figures recognized in the country.” When violence is perpetrated by people in highly placed families, oftentimes victims and their parents feel they must remain silent to avoid an escalation of conflict.

In June, women filled roads in N’djamena, the capital of Chad, to demand justice for victims of violence. They carried signs that read, “I am a woman – not an object!” “Stop violence against women,” and “We demand justice for all forms of gender-based violence.” The protest was an opportunity for women to denounce authorities who have failed to punish men guilty of rape, and even murder against women.

In Cameroon, which borders Chad, cases of violence against women generally go unreported. The United Nations International Children’s Emergency Fund reports that 60% of girls between the ages of 15 and 19 have experienced sexual violence in Cameroon, but that 40% of victims chose to remain silent about what they have suffered. Activists in Cameroon say that rapists are often close to the victim’s family, which makes it hard to denounce them.

Many people blame some of the violence against women on the practice of early marriage. A tribal chief in the Iriba region of Chad noted that, “For the dignity and honor of the family, young girls under the age of 18 are pushed into marriage. Their families are afraid of being the object of mockery because a certain number of girls have pregnancies outside of marriage, which deprives parents of all dignity.” According to Chadian sociologist Ramadane Dari, the marrying off of young girls against their wills to men who are the same age as their fathers is common practice. However, the girls are unprepared to take care of a home; their bodies are not developed enough for sexual relations with men; they are not able to adequately perform housework or farm work. Once pregnant, they give birth with great difficulty. Then, when they are no longer able to perform, they are beaten by their husbands. This violence is rarely reported to the authorities.