Story and Photos by Abigail Nelson

Portland is home to numerous unique types of artists and creators. Angelikah Fahray, a 24 year old singer/songwriter, has been a part of the Portland artist community her whole life. She recently was among a lineup of outstanding local artists that performed on January 26 in the second annual Hear Here 2020 talent showcase at Merrill Auditorium presented as a collaborative effort by Creative Portland and the City of Portland. Fahray captivated the audience with her powerful and entrancing voice.

Fahray loved the experience of performing at Merrill just as much as the audience loved her. “It was the biggest production on the biggest stage. Working with the production team and getting to meet all these cool artists was probably the coolest thing I’ve experienced in the music industry,” she said.

Music and performing has always been a part of Fahray’s life. Her father performed as a dancer in the Portland area and in other states as she was growing up. “We would always listen to music at the house and watch the Grammy awards, anything having to do with music and performing,” Fahray said.

From a young age, she knew she wanted to pursue music. Over the years she continued to foster that passion on and off. Fahray sang around the house, at school talent shows, and for a few years performed with a cover band called Dream Runner.

It wasn’t until 2018, she says, that she began to seriously pursue music as a career and write her own songs. She starts with a beat or some notes, then works in the lyrics. Pulling from her own past experiences and life, for example relationships, Fahray tries to formulate a story in her songs that explains those experiences or one she’d imagined.

“Growing up in Maine where you have to work hard to make things work, it brings out a very unique part in people’s music that is different than what other artists come out with.”

Fahray says her emotions play the biggest role in her music and credits her Congolese heritage with her fire and passion to perform. Ultimately, she hopes her listeners will receive healing from her music. “When I’m singing, I’m singing for my own healing. So hopefully when you hear me, and the notes and the keys, and the melody, it tugs at your heartstrings,” Fahray said.

Fahray is currently working on some new music and a website to better connect with and grow her audience. Her goal is to make it on the national, and then international music scenes. Maine, in the meantime, has been a great place for her to launch her career. “There’s not a lot of people like me out there, in terms of a black female artist. There’s a lot of space in Maine for what I do because there’s not much of it out there,” she explained.

Music for Fahray is everyday. It’s her college and her job all in one. It takes hard work to create new music, to make connections, to build a website and a following, to perform and all the other tasks musicians face everyday. “There’s a lot to it,” Fahray said, “But it all serves the big picture.

In the end, music is Fahray’s passion, and she’s in it for the long haul. 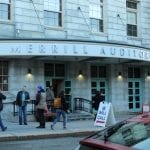 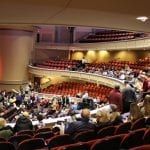 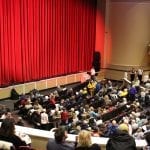 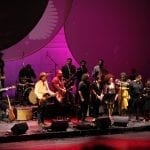 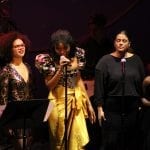 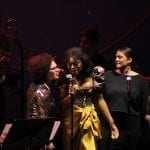 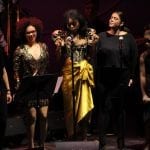 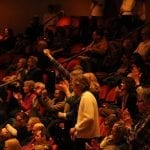 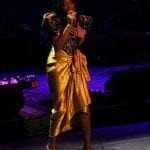