Author, educator, and human rights activist Reza Jalali has teamed up with Morgan Rielly and Lilit Danielyan on a book that is forthcoming from Islandport Press. The book follows the success of New Mainers: Portraits of Our Immigrant Neighbors, published in 2009, which Jalali co-authored with Pat Nyhan, featuring photography by Jan Pieter van Voorst van Beest, and which told the stories of recent immigrants to Maine. 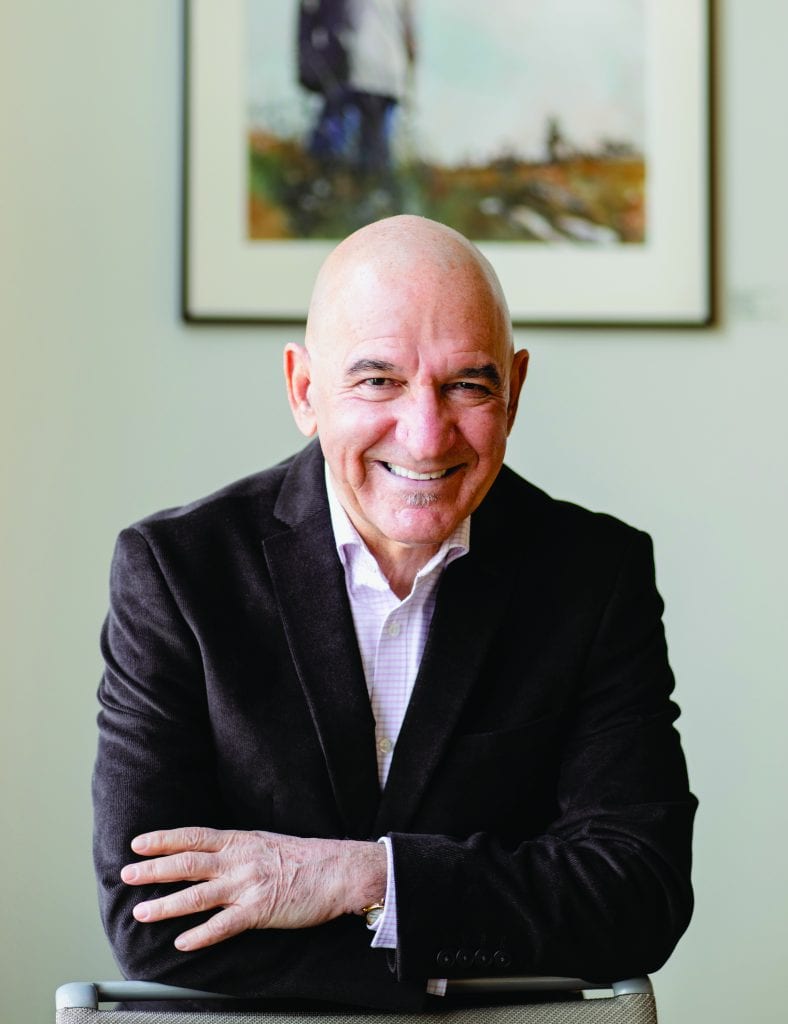 “The New Mainers book was very popular. It’s now even being used as a textbook in high schools and colleges. Recently, I realized that we needed another book because the faces of the newest arrivals have changed. We now have Syrian, Iraqi, and French-speaking African communities who weren’t represented in the previous book,” Jalali said. He and Rielly have recorded 20 stories of immigrants who have come to Maine from different parts of the world, and who are diverse in terms of gender, religion, culture, and class. The book’s working title is New Neighbors. Publication is planned for August 2021.

“The stories in the book are universal,” noted Jalali. “But Maine is unique because it has the highest proportion of white people in the population, compared to other states. So, it’s a good lesson to all: if immigrants can thrive here, they can thrive anywhere.” Each story stands alone, but he sees a common thread running through all of them, which is the desire to build a better life – the same desire that brought the Irish, the Italians, and many others to U.S. shores over the centuries.

“If you look at ancient times, people have always moved from one part of the world to another. Look at the stories of our religious leaders. Moses and his people were expelled from Egypt. Mohammad was forced out of Mecca. Mary fled the soldiers while pregnant. This is a story that has been going on since the dawn of humanity,” Jalali said. “Regardless of whether immigrants come here fleeing poverty, wars, political and religious persecution, or just in search of better economic opportunities, they all bring with them an inspiring sense of human resilience and entrepreneurship. They arrive and start businesses, create jobs, and contribute so much to political, cultural, and economic life here.”

Jalali himself left Iran during the shah’s regime, as a young man fleeing political persecution. He pursued higher education in India, hoping to return one day to Iran. However, the Iranian Revolution, and later the Iran-Iraq War, made it impossible for Jalali to return, and he was left stateless. Thanks to the UNHCR granting him refugee status, he was able to move to the U.S. and settle in Portland in 1985.

“When I first arrived, there were very few immigrant services – and few immigrants in general –  and even though I had two college degrees, I couldn’t find a job,” Jalali recalled. “So I went to school during the day, and worked during the night shift doing different things, like selling vacuum cleaners door-to-door and working the graveyard shift in a factory.” He then worked for several nonprofit organizations, and went on to earn two master’s degrees, before ending up at University of Southern Maine, where he taught and also served as coordinator of the Office of Multicultural Student Affairs for 20 years. Finally, two months ago, he was named executive director of the Greater Portland Immigrant Welcome Center.

Apart from his work as an educator and an author, Jalali’s passions extend to human rights activism. He speaks of advocacy work as “the rent we must pay to exist in such a wonderful world.” As a member of Amnesty International USA’s board of directors, Jalali has led delegations to refugee camps in Turkey and Bosnia. He has also participated in many United Nations-sponsored international conferences, and was invited to the White House during President George Bush’s administration as part of a national delegation to discuss the plight of Kurdish refugees fleeing Iraq. Morgan Rielly said he “first started thinking about doing a book with stories of immigrants after my first book, a collection of stories of World War II veterans titled Neighborhood Heroes, was published in my senior year of high school. Then, while studying at Bowdoin [College in Brunswick], I was working on a paper about youth and Islam. My professor advised me to speak to Reza Jalali, who was the adviser to the Muslim Student Association there.” The two men hit it off and decided to work together. 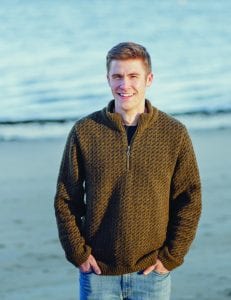 “I hope this book serves as a sort of encounter between Mainers and their new neighbors, some of whom they may not have met before,” said Rielly. “Many of the immigrants in the book are business owners and elected officials, and I hope this serves as an introduction to them, an opportunity for new and old Mainers to become friends … There can sometimes be two different Americas: one that is a sort of ‘city on the hill’ – welcoming and inviting to all – and another America that needs to really reckon with its past when it comes to institutionalized racism, and nativism … We need to create a stronger, more vibrant civil society that connects, that breaks all the bubbles and echo-chambers that have been created, particularly over recent decades.”
After graduating from Bowdoin College with degrees in religion and government, Rielly recently was elected to the Maine House of Representatives, representing District 34, Westbrook. “After working on Pete Buttigeg’s presidential campaign, I thought about how best I could serve my community and rise to meet the moment and help those around me. I see myself spending my life in public service, whether that involves holding office or not.” 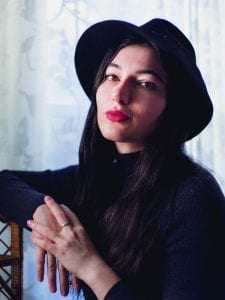 Photographer Lilit Danielyan first got involved in the book project when Jalali reached out to ask her to be one of the people profiled. However, after seeing her previous photography documenting immigrant families, he asked her to do the photography for the book instead. “That was good news because I much prefer being behind the camera,” Danielyan laughed.
Originally from Armenia, Danielyan grew up in Kazakhstan, then immigrated to the U.S. in search of better employment opportunities. “I came to Portsmouth, New Hampshire, first, but never quite managed to find a community there. Then I moved to Portland to attend community college, and started discovering the vibrant immigrant community here.”

When she photographed the first few subjects of the book, she read their stories prior to working with them. “At first, I thought it was great that I had the luxury of knowing people’s stories before meeting them. But it almost felt like it wasn’t fair that I knew everything about them, and they knew nothing about me. So eventually I stopped reading the stories because knowing them influenced me, it was almost distracting and created pressure for me to do their stories justice,” Danielyan said. She prefers getting to know her subjects through interaction, as she believes a personal connection greatly improves the quality of the portraits.

“When I first moved to the U.S. and I was working in a restaurant, people would always ask me about my accent, where I was from, and they almost treated me as this exotic thing, something ‘other,’ ” she recalled. “And I always wanted to tell them that I’m still one of them, even if I come from a different country and have different experiences. Now it feels like I’ve come full circle. I hope that after reading the stories of the immigrants in the book and looking at their portraits, people understand that immigrants are just one of them.”

“Ultimately, with this book, we’re trying to re-humanize today’s immigrants,” said Jalali. “We’re trying to change the false narrative that has been told in the last few years, and there’s nothing like a story to change a narrative. Immigrants tell us stories by their mere existence, stories of human cruelty but also of human resilience, kindness, and courage. These stories, unfortunately, haven’t been told to most Americans and most of them don’t know who these immigrants are, why they come here, and what they do. So, they tend to minimize our life experiences and form just one narrative.”

Successful immigration is a two-way street, according to Jalali.  Instead of simply expecting immigrants to learn English and assimilate on their own, we should support them by advocating for them, breaking down the barriers on their path, and making room for them.

“To me, this book is exactly that – changing the narrative, helping old neighbors get to know new neighbors, holding the door open for others to come in, having more chairs at the table,” he explained. “We have to be mindful that we’re all standing on land stolen from Native Americans, built by forced labor. So, there’s a need for us all to come together. At the end of the day, it’s community or chaos, and the choice is ours.”