Remembering the genocide against the Tutsi – 26th anniversary 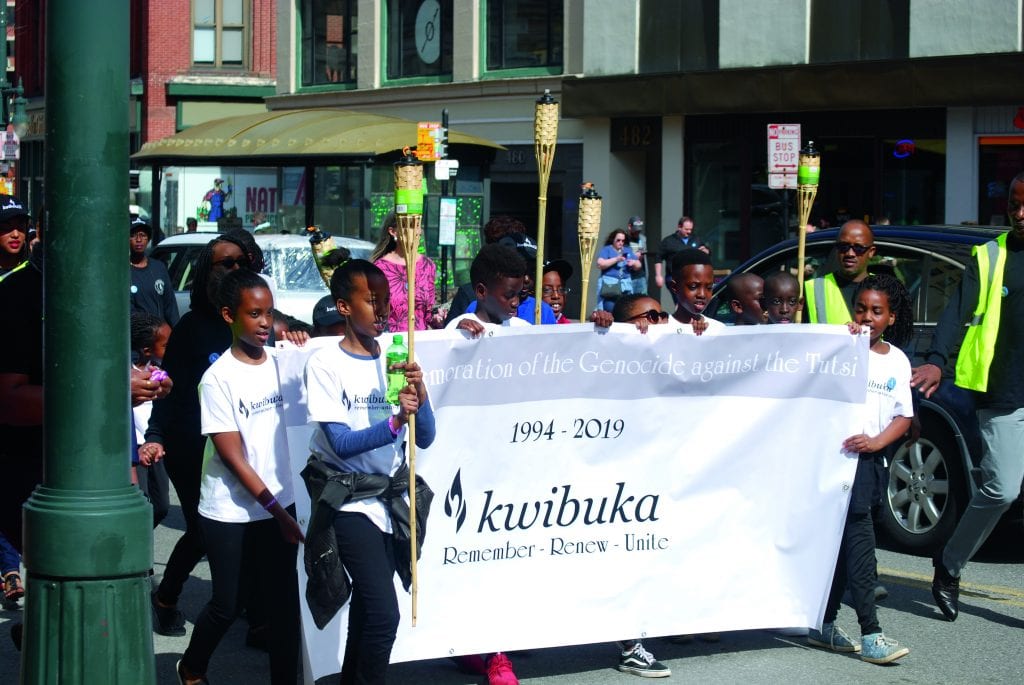 Planned gatherings, in Maine and internationally, to observe the 26th anniversary of the genocide against the Tutsi usually take place annually but did not occur this year because of restrictions about congregating due to the coronavirus. The gatherings commemorate the killings that took place by extremist Hutus over 100 days beginning in April 1994, during which close to 1,000,000 people – almost all Tutsi, but also some moderate Hutu, Twa, and others – were killed. Despite the cancellation of in-person commemorations, many virtual observances were held.

In Maine, Rwandese Community Association President Antoine Bikamba directed members of the community to a virtual event that was broadcast live from the Embassy of the Republic of Rwanda in Washington, D.C. In Rwanda, where observances are generally very elaborate and country-wide, a commemoration took place, but with limited events and participants. Also in Maine, many community members have been connecting with others through social media to share testimony and commemorate the genocide.

Moussa Faki Mahamat, from the African Union Commission, said in a statement, “I would like to pay tribute to the leadership and the people of Rwanda for consistently working towards ‘Never Again’ and for emerging through resilience and unity from the terrible past and putting Rwanda on a development path that continues to inspire many countries on our continent and beyond.”

Mahamat emphasized that “we should not be oblivious to the fact that genocide is always well planned, deliberately executed with impunity, yet genocide is also always followed by denial.”

In Maine, the commemoration usually includes prayers, the lighting of candles, flowers of remembrance, songs, poetry, a film, a dialogue between children and elders, sharing by survivors, and talks by leaders. At last year’s Portland commemoration, many spoke of the lasting impact of the genocide on their lives, urged vigilance so such horrors do not take place ever again, and highlighted the stages of genocide – including the campaign of dehumanization waged by those leading the violence, who called the victims “animals” rather than “people.”
According to Bikamba, between 700-1,000 Rwandese live in Maine. The majority are here as either a direct or indirect result of the genocide.

The Secretary General of the United Nations issued this message of remembrance:

Today, we recall the genocide against the Tutsi in Rwanda — when more than one million people were systematically murdered in  just 100 days.
The victims were overwhelmingly Tutsi, but also included Hutu and others who opposed the genocide.
On this Day, we honour those who were killed.
And we gain inspiration from the capacity of those who survived for reconciliation and restoration.
We must never again let such an atrocity occur.
We must say no to hate speech and xenophobia, and reject the forces of polarization, nationalism and protectionism.
Only by recognizing that we are all one human family sharing the same planet will we be able to rise to the many global challenges that confront us – from COVID-19 to climate change.
Since the genocide, Rwanda has demonstrated that it is possible to rise from the ashes, to heal and to rebuild a stronger, more
sustainable society.
As we look ahead to accelerating efforts to achieve the Sustainable Development Goals, let us take inspiration from the ongoing
lesson of Rwanda.
— António Guterres