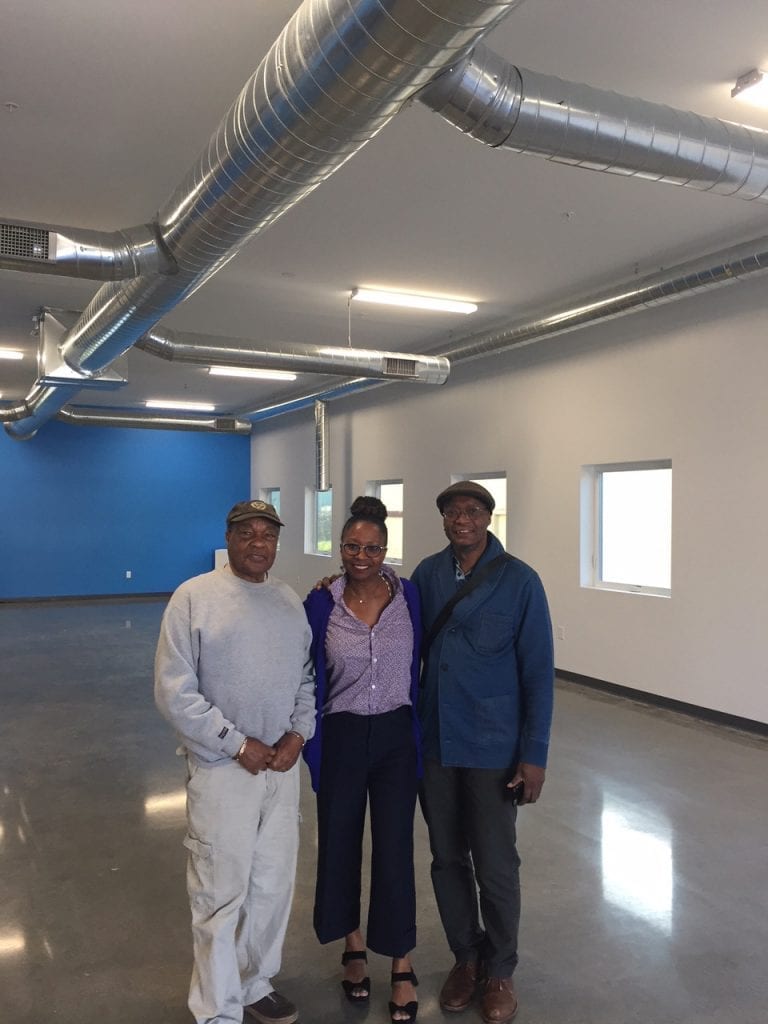 David Driskell, a prominent African American painter, printmaker, professor, speaker, author, curator, and cherished member of Maine’s art community, passed away Wednesday, April 1, due to complications from the coronavirus. He was 88 years old. A spokeswoman from the David C. Driskell Center at the University of Maryland announced his passing. “During these challenging times, it is difficult to mourn one individual, but we at the David C. Driskell Center are here to honor his legacy and continue his work of supporting and promoting African American artists,” the statement said. “Once appropriate, we will ensure that our community has the chance to mourn and celebrate the life of a man who meant so much to so many of us.”

Maine inhabited a special place in Driskell’s heart since his first visit in 1953. Driskell was selected for a fellowship at the Skowhegan School of Painting and Sculpture, where he spent the summer learning beside other distinguished artists like Ashley Bryan, Alex Katz, Lois Dodd, and Robert Indiana. This experience influenced the rest of Driskell’s life and Maine became a second home to him. “I dream of it when I am not there,” he once said. Driskell bought a little cabin in Falmouth in 1961, where he spent his summers with his family, gardening and painting. This cabin home proved to be a sanctuary for him, a place he could recharge and be inspired.

Versatile in several art forms, Driskell is best known for collage, mixed-media work, prints, and paintings. Early in his career, he painted figures and then turned to nature for his inspiration. Maine was the perfect place. He was enlightened by Maine’s vibrant colors and said he liked how the pine trees filtered light. The pine trees of Maine were common themes and centerpieces in his work and are featured in what have proven to be some of his best-known pieces. His art also encompassed themes of Christianity and several African and Afro-Atlantic traditions.

Driskell was one of the world’s leading authorities on African American art. In 1976, he curated “Two Centuries of Black American Art: 1750-1950,” an exhibition at the Los Angeles County Museum of Art. That show helped to lay the groundwork for the widespread study of African American art history. In addition, he helped create undergraduate, graduate, and doctorate programs in African American art at the University of Maryland, where he taught for 22 years.

During those years, Driskell selected African American art for the Clinton White House and, in 2000, President Bill Clinton awarded him the National Humanities Medal. Driskell taught, gave keynote speeches, and curated art shows across the world. According to the Driskell Center, “Prof. Driskell has authored five exhibition books on the subject of African American art, co-authored four others, and published more than 40 catalogues from exhibitions he has curated.” Over his lifetime, he received several other distinguished honors, including election as a National Academician by the National Academy of Design and the Lifetime Legacy Award from the Skowhegan School of Painting and Sculpture.

While in Maine, Driskell taught at Bowdoin and Bates colleges and served on the boards of Maine College of Art, Colby College Museum of Art, and Skowhegan School of Painting and Sculpture.

He also was a senior advisor for Indigo Arts Alliance, Portland, a hybrid of studio spaces and communal workspace for many disciplines of professional, mid-career, and emerging artists of African descent. As Daniel and Marcia Minter were developing the mission and vision for the organization, Driskell’s mentorship, advice, and support affirmed and informed their model.

Marcia Minter said, “David Driskell served as the Elder Advisor to Indigo Arts Alliance. He was always available to us – whether home in Maryland, traveling, or here at his home in Maine – to share his wealth of knowledge and experience. David and his entire family have been supportive and, essentially, wrapped us into the Driskell family fold.” His nephew Rodney Moore, a member of Indigo’s Advisory Circle, was instrumental in helping the organization grow. “The art world has lost a mighty advocate for Black artists everywhere,” said Minter.