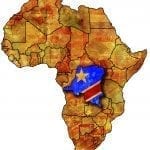 On Wednesday, April 3, two days after Martin Fayulu left Maine for Washington D.C., President Felix Tshisekedi of the Democratic Republic of Congo arrived at Dulles International Airport in Virginia for his first visit outside the African continent since taking office. He met with Secretary of State Mike Pompeo on Wednesday and they discussed many major issues his country is facing, including the need for strengthening security in DR Congo, and the Ebola outbreak. They also discussed opening DR Congo to U.S. investment. Tshisekedi asked for the help of the U.S. in dismantling the dictatorial regime of his predecessor, Kabila. Tibor Nagy, Jr., Assistant Secretary of State for African Affairs, commended Tshisekedi on the work he has done in his first months to start addressing human rights abuses in the DR Congo.

Tshisekedi’s visit has surprised and concerned many both here and in Africa. The U.S. had previously alleged that the December elections that brought Tshisekedi to power were rigged, and in response had imposed sanctions on election officials. Many Congolese living in Maine now believe that the U.S. has flipped its initial position on the recent elections. They say this signals a willingness to compromise when it comes to the importance of a free, fair election process. President Tshisekedi’s visit coincides with that of his primary opponent in the elections, Mr. Martin Fayulu. Mr. Fayulu is widely believed to have won the popular vote, and many consider him the “President Elect.”

Observers are watching carefully as President Tshisekedi and Martin Fayulu both visit Washington, D.C. at the same time. It is not yet clear whether Tshisekedi will meet with President Trump. More to come on the Tshisekedi visit in the U.S.