School trips to Washington, D.C., in the springtime are always a treat, and this year’s April 12-16 trip was no exception. Seven Portland High School (PHS) students were chaperoned by Jennifer Cook, coordinator of Portland Mentoring Alliance, and Brooke Rayford, a volunteer with the mentoring program and a multimedia reporter with WGME CBS 13. The nine women glowed as they spoke about their trip, all agreeing that its focus on Historically Black Colleges & Universities (HBCUs) made it very special. The group enjoyed touring the Washington Mall and sightseeing on Capitol Hill, but especially liked visiting Howard University and Morgan State University, and meeting HBCU alumnae.

During a weekly 2018-19 PHS club meeting, Brooke Rayford, an HBCU alumna from Clark Atlanta University, sparked the girls’ interest in HBCUs during the “Let’s Talk Bulldog Block.” She founded the club when she realized that the PHS girls didn’t have many women of color in the school as role models. She wanted to help girls understand that being both successful and a woman of color can go hand in hand. The first meetings were relaxed and fun, and focused on topics such as hair care, fitness, and life in the city. As everyone grew comfortable and the conversation deepened, the girls began to learn about Ms. Rayford’s life, both now and during college.

“We were all in college to make change, to make history,” she told them. They were intrigued by the strong network of sorority sisters she talked about, and the sense of community she had felt while at Clark Atlanta University and continues to feel in her adult life. The girls continued to ask questions. They wanted to know more.
“Let’s just go!” they finally exclaimed at a meeting one day, explaining that they wanted to see for themselves just what HBCUs were all about. Ms. Rayford, who lives by the Clark Atlanta University motto of “Find a way or make one,” set the trip in motion. First she met with PHS Principal Sheila Jepson, who encouraged her to pursue the idea. Shortly after their meeting, Jennifer Cook was hired as coordinator of the Portland Mentoring Alliance, which matches volunteers with Portland High School students who request a mentor and helps students explore post-secondary options. Ms. Cook was enthusiastic as well and, in fact, immediately signed on as chaperone and co-organizer. Together the two leaders met with Portland Public Schools Superintendent Xavier Botana. When they suggested a trip for girls of color to visit HBCUs, he backed the idea right away.

“I had been having conversations with some of my contacts in HBCUs about providing opportunities for our students in Portland Public Schools to learn about these wonderful learning institutions,” Mr. Botana said. “When Brooke and Jen approached me about supporting this trip, it made complete sense to me. I spoke to Rachel Talbot Ross, who had discussed this option with me over the years, and she was supportive of leveraging some of her funding to help us make this a reality.”

Ms. Rayford started a GoFundMe page to raise additional funds, and she and Ms. Cook began to organize an itinerary. Club meetings became dedicated to planning the trip. “I don’t know if this is going to work,” the women remember saying about the fundraising efforts. But within two months they had raised $6,000. Their itinerary included guided visits to Howard University and Morgan State University, where they were hosted by Dr. Douglas F. Gwynn; a Sister-to-Sister sorority dinner event with HBCU graduates who live and work in the greater D.C. area; and several meet-and-greets with professionals including Tomeka Hart of the Bill & Melinda Gates Foundation, and Brian Jacobson of the Center for Mind-Body Medicine, an international non-profit. They planned many other sightseeing stops in D.C., including a private tour of the National Museum of African American History & Culture led by Kate McMahon, who is originally from Maine and holds a Ph.D. from Howard University. Ms. McMahon works as a researcher and exhibition development specialist at the Center for the Study of Global Slavery.
The girls enjoyed everything on the trip – they raved about the food – but when they reconvened at a post-trip gathering in the Mentoring Alliance room at PHS to reflect on the trip, they returned again and again to their visits to the HBCUs.

Ms. Zabot-Hall added, “It’s really important for kids who live in such a white state to be exposed to a college full of people of color. It really affects you to be in a school without people like you in positions of power.”

When Casarra Abeasi toured Morgan State University, the junior who plans to study law felt like she’d found the college she wanted to attend. “It felt so welcoming, like I was at home,” she said.
Loyde Vumpa said, “Everyone looked so mature, like they understood the world. I liked the vibe, the community. Everyone seemed happy to see each other.”Ms. Vumpa is a junior who plans to become a cardiac surgeon.

Diane Mutoni is a senior who will attend Thomas College next year as the first step on her road to studying immigration law. She had never heard of HBCUs before meeting Brooke Rayford. “Seeing all those people who look like you gives you visions of great things. I loved the energy. Seeing people like you makes you feel at home,” she said.
“The colleges felt like home,” agreed Emily Isimbi Irakoze, a senior who plans to study health sciences next year at Southern Maine Community College. She hopes to transfer to an HBCU after two years to study medicine.

Superintendent Botana, clearly pleased with the way the trip worked out, said, “I enjoyed getting updates from Jen and Brooke over the week and am working with them to figure out how we can make these opportunities available to more of our students in the future.”

Plans for a possible HBCU college fair are underway for next year, according to Jennifer Cook and Brooke Rayford. All the HBCUs are different, Ms. Rayford stressed, so hosting representatives from many different colleges would be important.

Ms. Cook was very impressed by “the inclusivity, diversity, celebration of differences” at the colleges the group visited. “The larger society could learn about community building from HBCUs,” she said.

When Loyde Vumpa said, “It’s a state of mind,” everyone nodded in agreement. The post-trip gathering ended with gifts from the girls for the chaperones, and hugs all around. Clearly, this D.C. trip was one for the books. 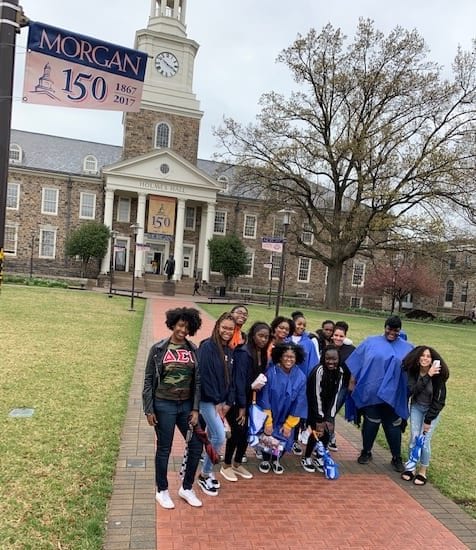 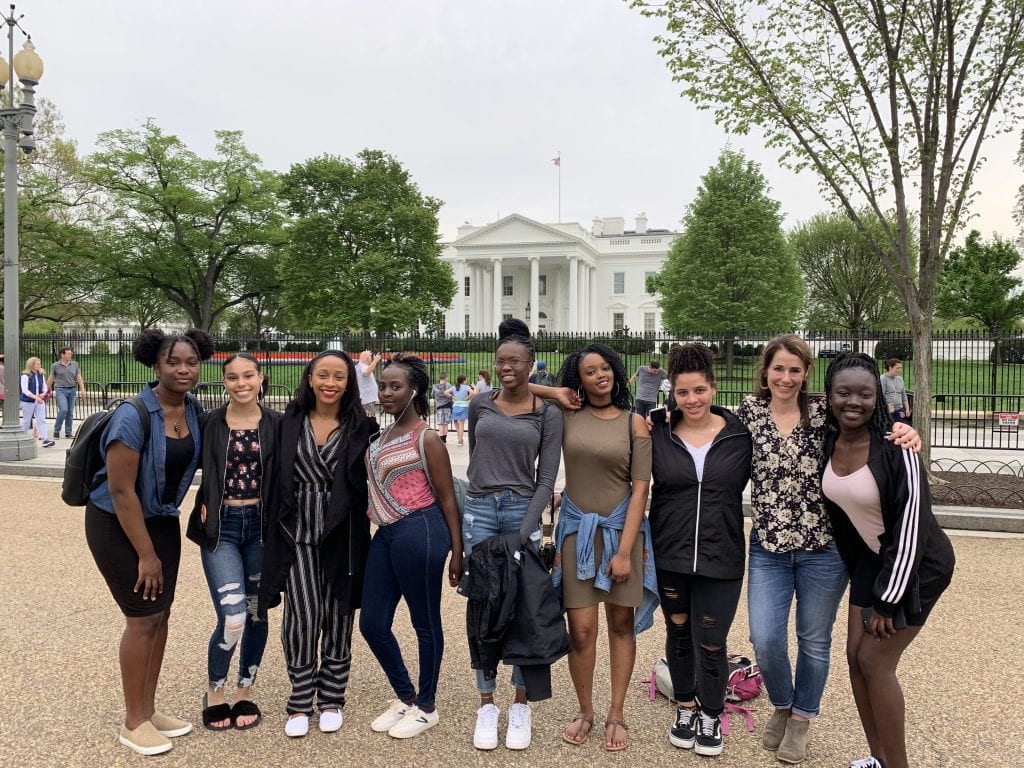 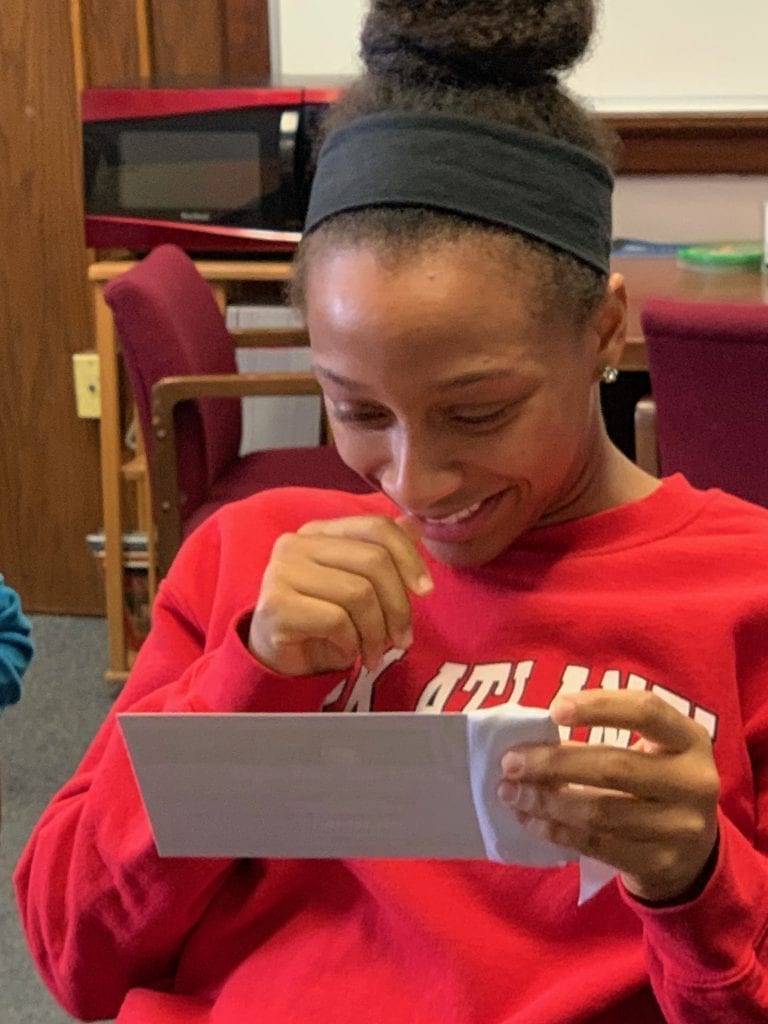 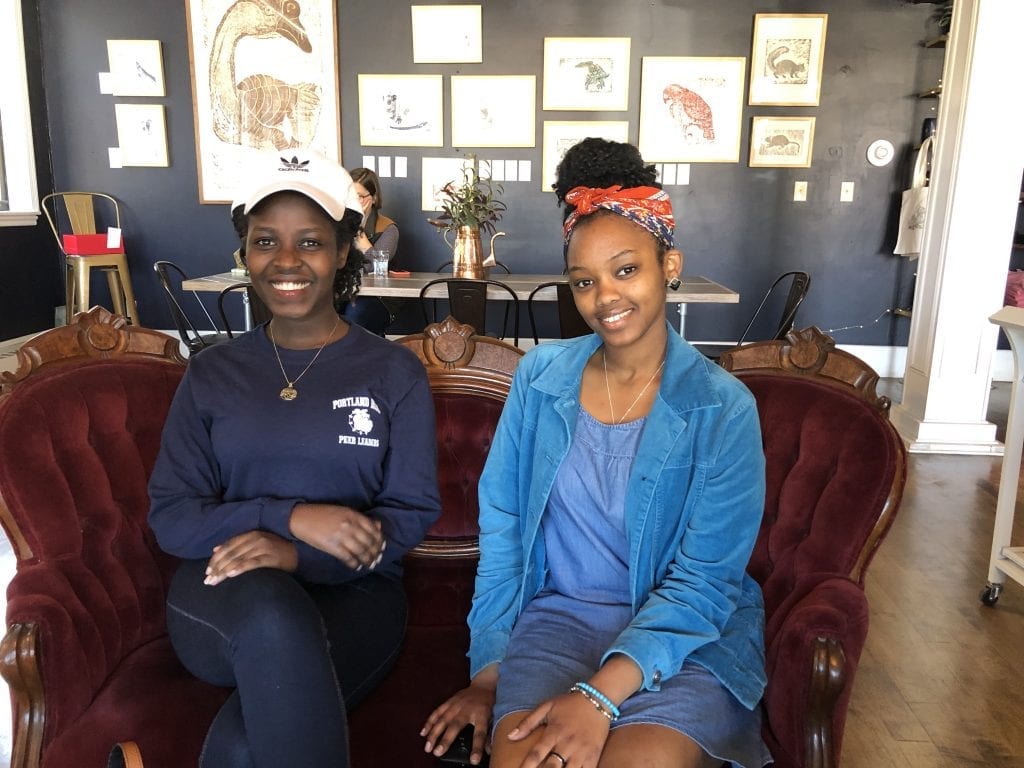 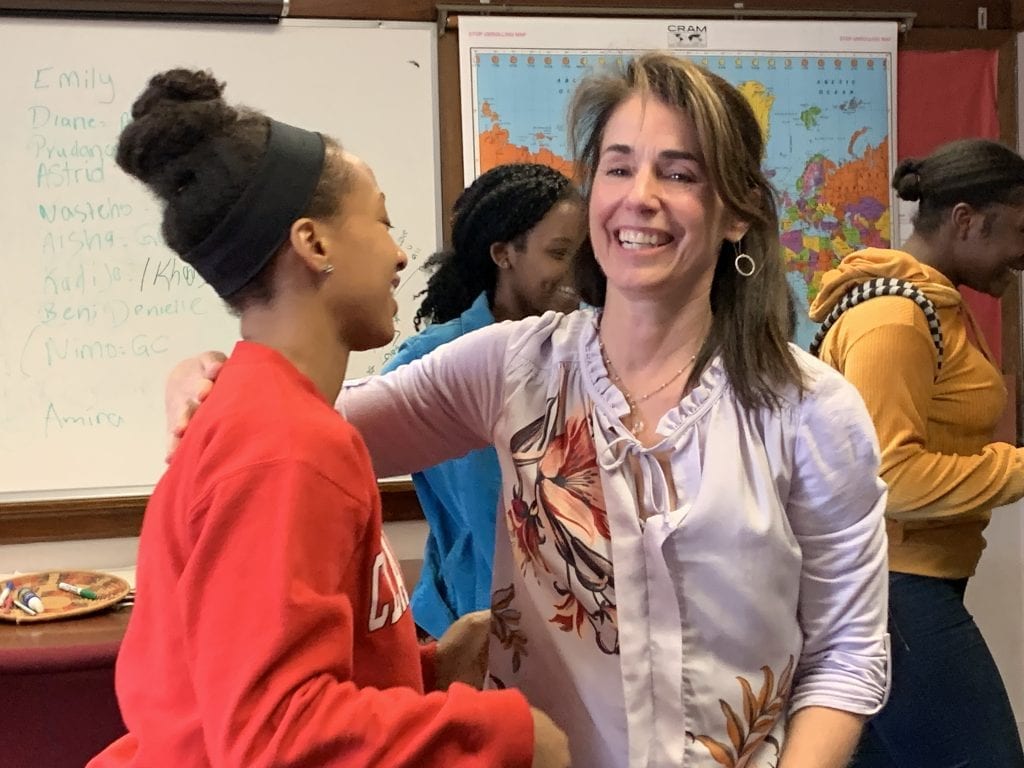 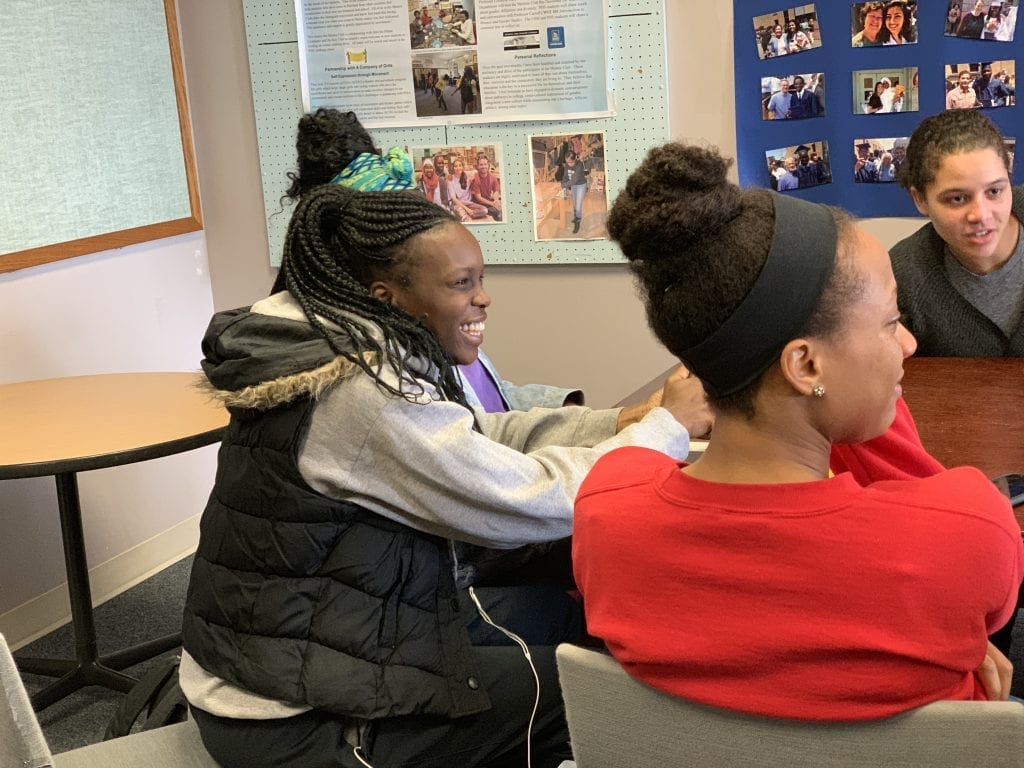 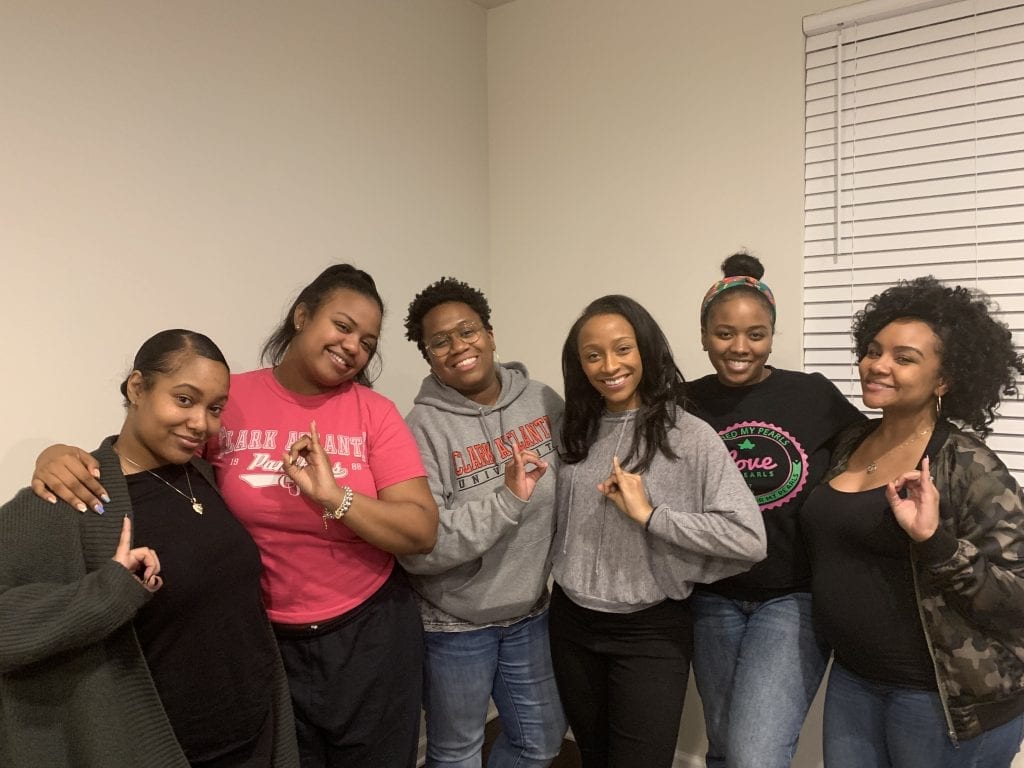 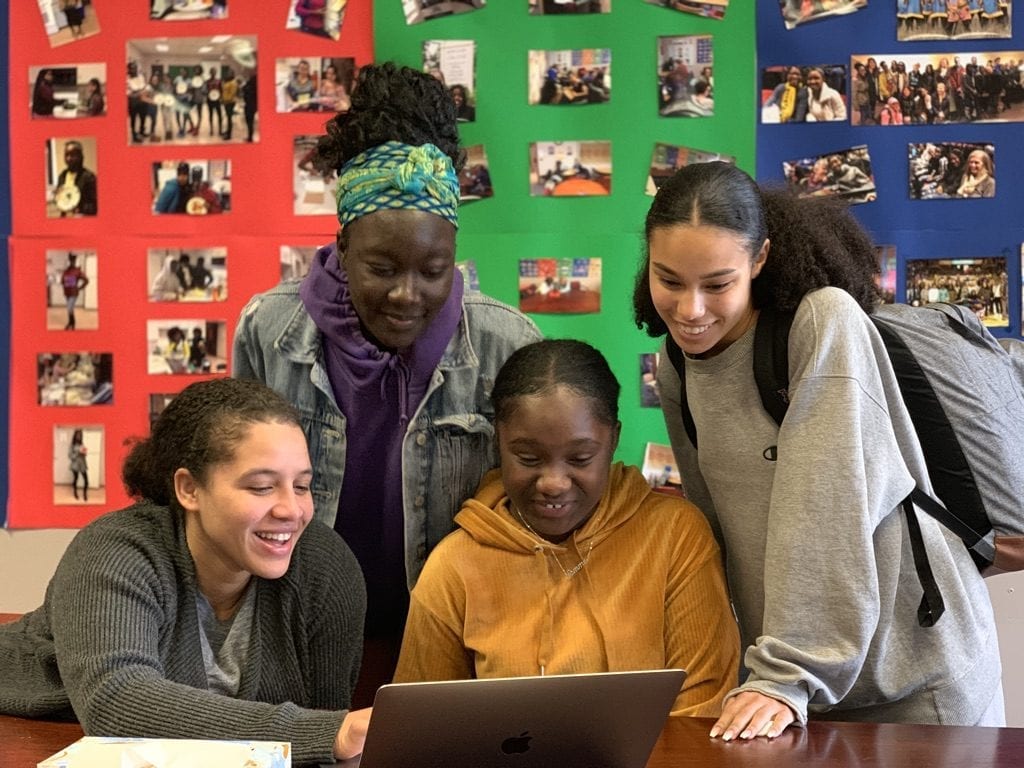 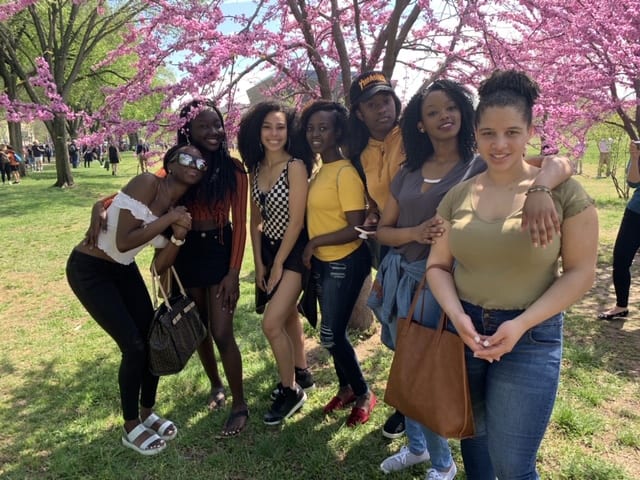