An anonymously-hosted website that focuses on anti-Jewish, anti-immigrant rhetoric, published an article on October 19 directly vilifying Mayor Ethan Strimling of Portland, and his Jewish religion. The article also claimed that Portland has ‘been rocked by a wave of  migrant-related crime.’ The website is Christians for Truth, and all articles on the site are attributed to the Christians for Truth Team, which self-designates as “A small group of non-denominational Christians, located in various parts of the world.”

Portland City Councilor Pious Ali condemned the Christians for Truth article in a post on November 1. “This racist, antisemitic, anti-immigrant rhetoric is dangerous and does not reflect our values as a community and city. I unequivocally condemn it, and I hope that all candidates on next week’s ballot will also publicly condemn it to send a message to whoever is hiding behind the website. An attack on one of us is an attack on all of us. We are not going to be silent.” 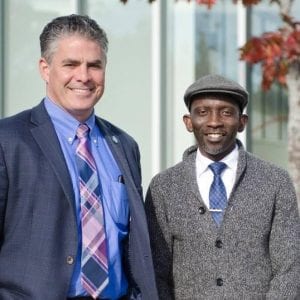 Andrew Volk, Portland mayoral candidate, responded directly to Councilor Ali’s condemnation of the attack on Mayor Strimling and immigrants by stating, “You are absolutely correct. This language is hateful and dangerous. As a candidate, a resident of Portland and a human being, I unequivocally stand beside you in condemning it and all other language like it. Thank you for your words!”

Kate Snyder, Portland mayoral candidate, posted in direct response to Councilor Ali’s statement on the Christians for Truth article, “Thank you for shedding light on this, Pious Ali. Bigotry of any form is not ok. I join you in condemning these anti-semitic and bigoted attacks.”

Spencer Thibodeau, another Portland mayoral candidate, issued a general campaign statement that did not directly reference either the attack on Mayor Strimling or Councilor Ali’s post: “Over the past few months we have seen racist, anti-Semitic, and negative attacks directed at candidates and their supporters in Portland’s municipal election. Our campaign condemns these attacks in the strongest terms possible.”

As of November 3, Travis Curran, the fourth mayoral candidate, had not responded to the attack on Mayor Strimling.

Mayor Strimling weighed in, saying, “Thank you for your leadership, Pious. Both the ADL – Anti-Defamation League and Jewish Community Alliance of Southern Maine have also condemned this disgusting attack. Not the first time, nor the last, sadly. But whether it is Trump attacking our Somali neighbors, LePage comparing the IRS to Nazis, White Supremacists demonstrating against our new Mainers, or garbage websites like the above, I know our community is strong and we will never back down.” 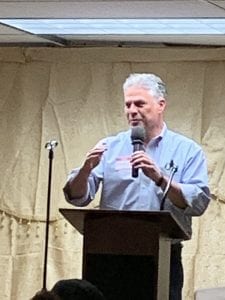 Kenneth I. Lewis, Pastor of the Green Memorial AME Zion Church in Portland, dismissed the Christians for Truth website by saying, “This is not Christianity.”

Five out of the six most recently published articles warehoused on the ‘Core Topics’ page of the website are overtly antisemitic, and one depicts Jews as ritualistic, blood-sucking murderers, a trope that dates back to at least the middle ages in Europe. Immigrants are referred to as ‘violent,’ ‘illegal,’ and ‘criminal’ throughout the site. Immigration is described as ‘an invasion.’ Anonymity of the authors and hosts is a key feature of the website. Most articles on the site are about Europe, with the Netherlands and Belgium at the top of the list, however the article on Mayor Strimling is one of several articles on the site about Maine. It is filed under the category ‘Diversity Kills.’ Another article on the site labels Governor Mills as ‘radical’ and claims she has ‘opened the floodgates to third world immigration.’ Two articles on the site feature headlines about Somalis in Lewiston and imply Somalis are violent. The articles about Maine are unsigned.