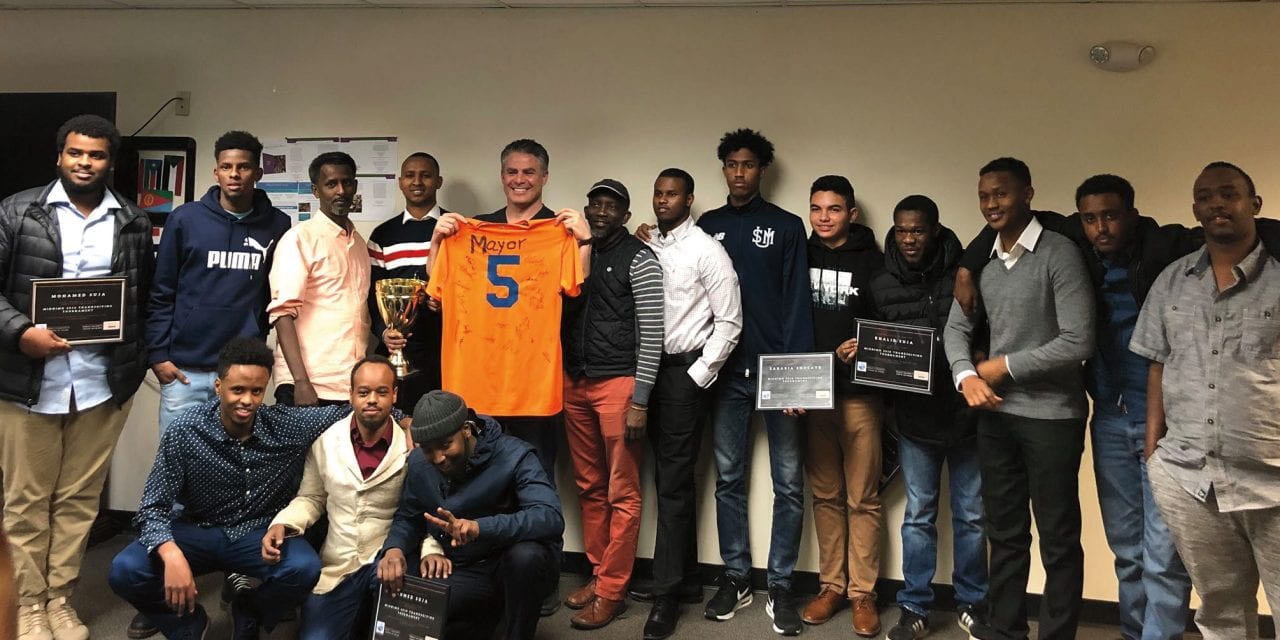 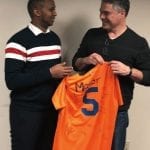 The Portland Brothers, a Portland-based soccer team made up of young men from the city’s Somali community, capped off a successful season with two championship wins in the last year – one in Ohio and one in Minnesota. Over the years, they have also won tournaments and championships in Massachusetts, Connecticut, and Washington, D.C. The team practices three days each week. Their coach, Mr. Aweys Abdi, formerly of Portland, was a member of the team in the early 2000s. He now lives in Boston, where he is head men’s soccer coach of Roxbury Community College, and commutes to Portland for practices, as does one of the players. The team won the Community Champions League championship in 2017, and also participates in the Ohio International Spring Cup League. The team travels twice a year – to Ohio, and Minnesota. At their celebratory event at Gateway Community Center, February 9, 2019, Portland Mayor Ethan K. Strimling presented the team with a Letter of Proclamation from the City of Portland in recognition of their achievements and as positive representatives of the city. Portland City Councilor Pious Ali joined him at the event. The Portland Brothers would like to acknowledge both the Somali Mainer’s Youth Network and the Somali Community Center of Maine for hosting the celebration and for their support over the years.