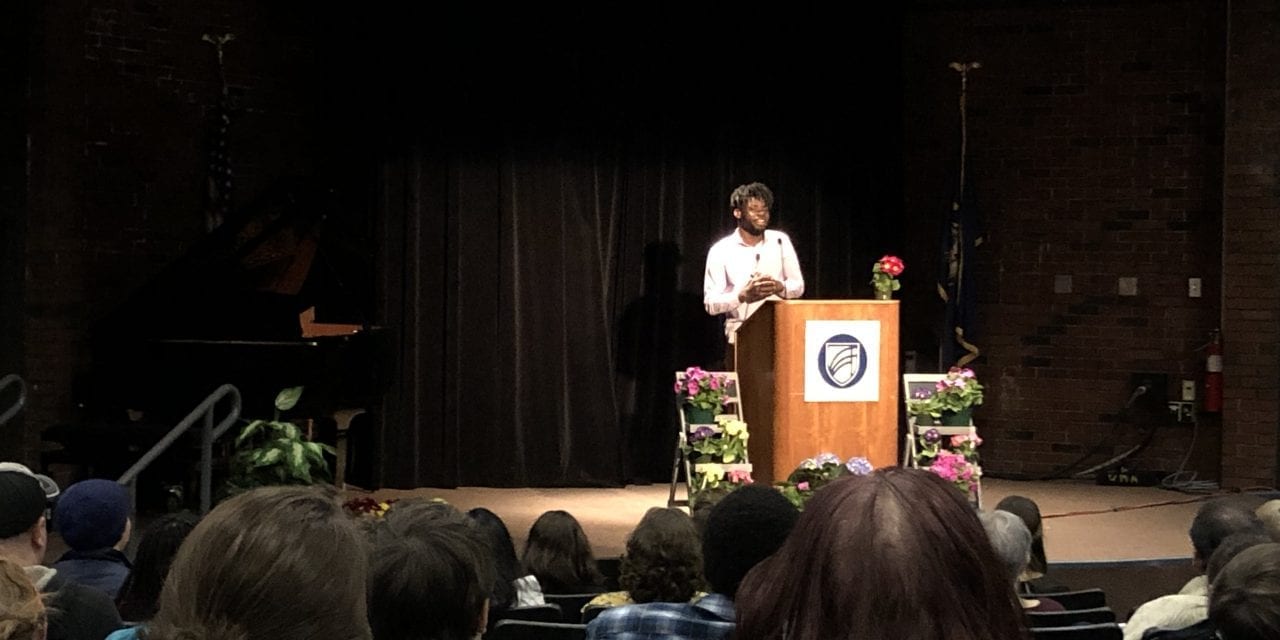 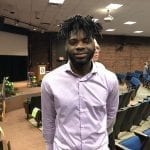 Mr. João Rodrigues Victor, a Lewiston High School senior, is quickly making a name for himself among literary circles in Maine. Fresh from his victory at the Maine State Poetry Out Loud finals March 11, João Rodrigues Victor took the stage again at the Terry Plunkett Maine Poetry Festival at the University of Maine at Augusta on April 5 to recite “A History Without Suffering,” by E.A Markham. He will be heading to Washington, D.C. to represent Maine at the 2019 National Finals on April 30-May 1. He arrived in Maine three years ago, seeking asylum from Angola. He speaks seven languages and looks forward to attending college.