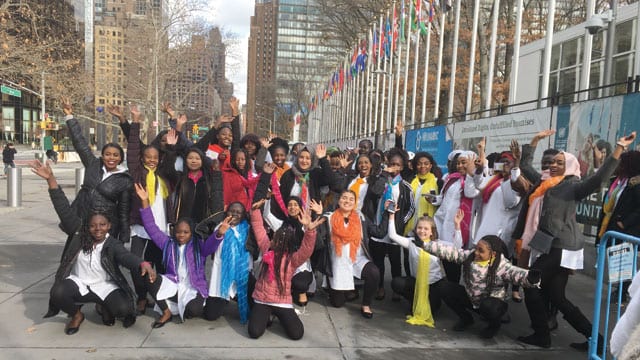 Pihcintu Multicultural Chorus of Portland traveled to New York on December 17, 2018, to perform at a working session of the United Nations. Their performance was by invitation, and honored the adoption of the U.N.’s Global Compact on Refugees. The UN website says, “The global compact on refugees is a unique opportunity to strengthen the international response to large movements of refugees and protracted refugee situations. It builds on existing international law and standards, including the 1951 Refugee Convention and human rights treaties, and seeks to better define cooperation to share responsibilities.” Pihcintu was founded by Con Fullam in 2005 and is directed by Mr. Fullam. The 34 girls and young women in the singing group are from 20 different countries. Many of the chorus members arrived in Maine as refugees. Laura DeDoes, one of the chaperones, said, “The girls were excited, singing most of the way to NYC.” Their songs of choice on the bus? “Songs of peace, with plenty of pop music mixed in,” according to Ms. DeDoes. 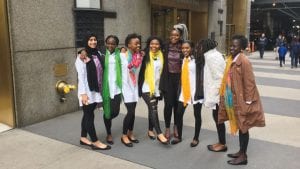 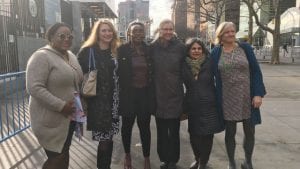 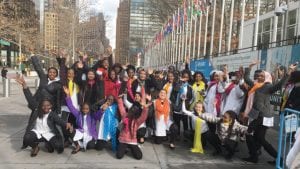