For some, Pierre Buyoya was a “visionary” who knew how to lead difficult negotiations.

For others, Pierre Buyoya was a cold-hearted, calculating politician who sold out the country.

Pierre Buyoya, of Tutsi ethnicity and from a modest background, started his career in the army. In 1987, after a successful coup d’état against Jean-Baptiste Bagaza, also a Tutsi, Buyoya became president. During his first term as president, he worked to make democratic elections possible in Burundi. This led to the 1993 election, 40 years after independence, of Melchior Ndadaye, Burundi’s first democratically elected president and the first Hutu to come to power. Hutus make up about 85% of Burundi’s population.

Buyoya initiated reconciliation in Burundi
One year into Buyoya’s presidency, the northern part of Burundi (bordering Rwanda) was plunged into mourning after inter-ethnic massacres that occurred in the towns of Ntega and Marangara. According to Zénon Nicayenzi, of the Bashingantahe Foundation and Burundi’s first minister of national defense after independence, these massacres became a litmus test for Buyoya’s presidency and pushed him to initiate a Charter of National Unity in 1991. The charter was approved by referendum by more than 90% of Burundians.
The Charter of National Unity led to relative peace and helped the Buyoya regime to organize national conferences throughout the nation and in the different socio-political structures of the country, to discuss the problem of “ethnicity” in Burundi.

Cyprien Mbonimpa, the former minister of external relations in the first Buyoya government, noted that the problem of ethnic polarization was a reality that previous regimes did not even recognize, and it took the audacity of Buyoya to break this taboo topic and rally people to find common ground. Buyoya promoted national unity with the aim of ensuring that peace, prosperity, and social justice reigned, and to promote reconciliation of Burundians. 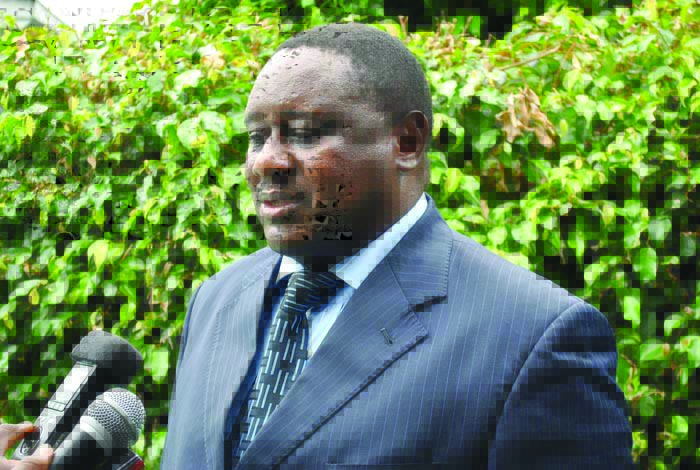 In the wake of multi-party rule in Africa, and as the Cold War was ending, Burundi elected Melchior Ndadaye as president. A Hutu, he was assassinated after three months in office in a failed coup. His death plunged Burundi into a deadly civil war that killed more than 300,000 people between 1993 and 2006. Ndadaye was succeeded by Cyprien Ntaryamira, a Hutu, and he was assassinated in April 1994 when a plane he was in, along with Rwanda’s President Juvenal Habyarimana, was shot down. Both presidents died. Ntaryamira was succeeded by Sylvestre Ntibantunganya, who presided over Burundi until 1996 when he was overthrown by Buyoya in his second successful coup d’etat. “Buyoya left power in 2003 to respect signed peace accords that urged a transition of power,” said Dr. Jean Minani, former minister of health in the Ndadaye government.

Pierre Buyoya is recognized by the international community
Thierry Vircoulon, former director of International Crisis Group Africa, said he believes that Pierre Buyoya is one of the few African heads of state to have voluntarily withdrawn from political life on two occasions. He noted that this opened doors for Buyoya in high-level diplomatic missions on a continental scale.
Former President Pierre Buyoya served as an electoral observer or mediator representing several international organizations, among them the International Organization of the Francophonie and the Economic Community of Central Africa. He was appointed to the post of high representative of the African Union (AU) for Mali and the Sahel from 2012 to the end of November 2020. He ended up resigning from his prestigious positions due to legal and political trouble, including being sentenced to life imprisonment by the Burundian judiciary for the assassination of Melchior Ndadaye. He denounced this sentencing as politically motivated and vowed to vindicate himself. But Pierre Buyoya never had the opportunity to do so, as he succumbed to complications of COVID-19.

Antoine Kaburahe, a Burundian journalist-writer, immediately shared the family’s announcement, followed by the communiqué signed by the interim president of Mali, Bah N’Daw. Buyoya was first hospitalized in Mali, then evacuated, and died in Paris at the age of 71, on September 18, 2020.

Political background would not allow burial in Burundi
Pierre Buyoya was buried in Bamako, Mali, where he was serving at the time of his death. He is the second Burundian president buried outside of his country after Colonel Michel Micombero, the first president of independent Burundi, was buried in Somalia. David Gakunzi, a Burundian journalist and author who worked with former President Pierre Buyoya, said he regrets that Buyoya joined other former African presidents who were buried away from their ancestors’ land – in essence “vomited” by the regimes that succeeded them. Other such former presidents include Idi Amin Dada from Uganda, who was buried in Saudi Arabia; Mobutu Sese Seko, of DR Congo (formerly Zaire), buried in Morocco; and many more.

Eddy-Claude Nininahazwe is a journalist and lawyer who contributes to Amjambo Africa from Burundi.