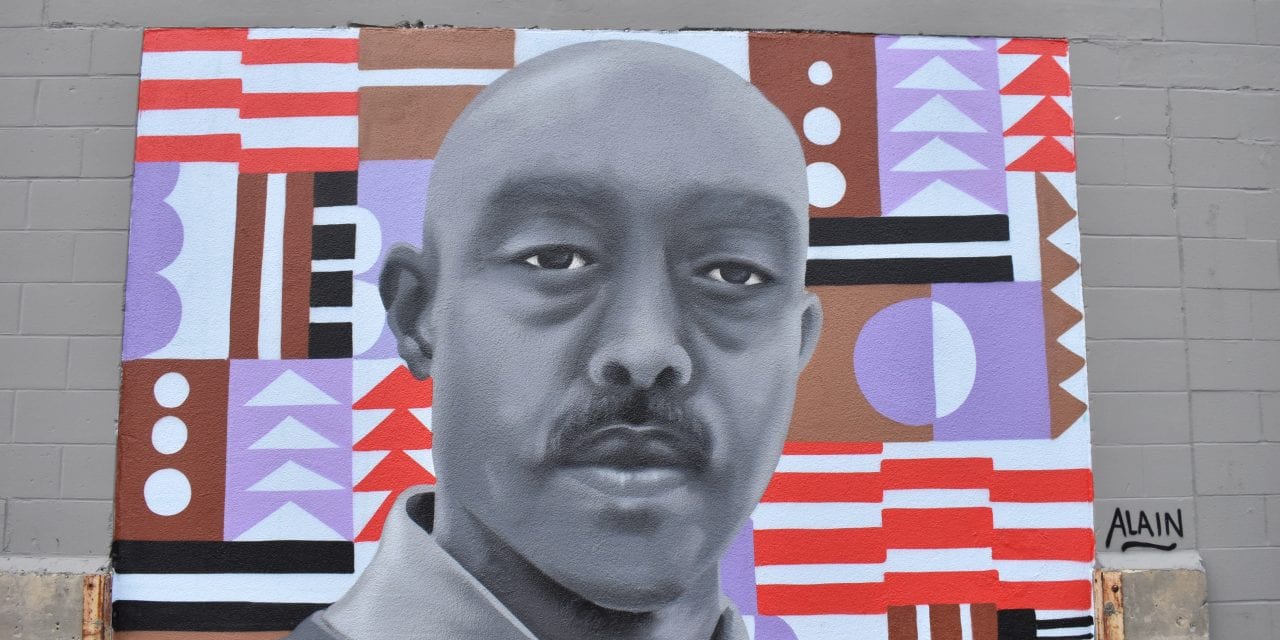 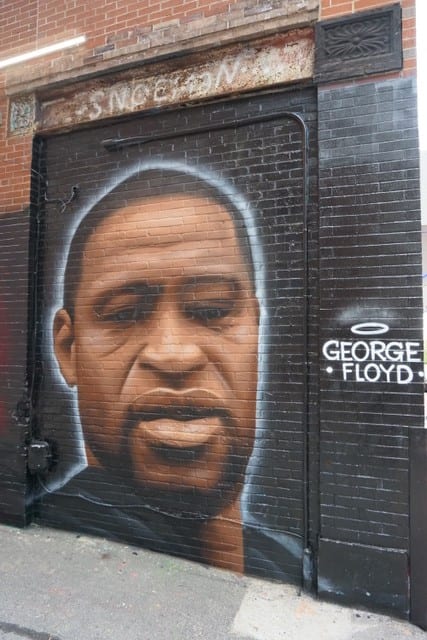 The Piece Together Project is a series of murals that represent and honor the residents of the East Bayside neighborhood in Portland. The murals were created by painter and muralist Ryan Adams and his wife, textile and pattern designer Rachel Adams, whose colorful and ornate patterns are incorporated into the work. They’re creating the vibrant murals to pay tribute to the people who have helped East Bayside flourish.The portraits represent a legacy for future generations, and will serve as a reminder that what makes a city truly unique and special is the people who live in it.

The Adamses, along with their two children, live in Portland. Adams’s background is in traditional graffiti art, which developed into large-scale mural work, hand lettered designs, and signs. His signature “gem” style is a geometric breakdown of letterforms, with shadows and highlights that create depth and movement throughout the murals. His pieces tend to be bold and colorful, and often include words. The couple runs several other businesses, including Tachee, Rachel’s hand printed home goods and kids clothing company.

A native Portlander, Ryan Adams has watched the city change drastically over the years, with neighborhoods becoming increasingly diverse, and new businesses, attractions, and condos filling the streets. In a recent interview, he said, “As much as I love all the development coming to Portland, it’s extremely important to honor the folks that make the community as great as it is.” With the arrival of so many new restaurants, bars, and breweries, he noted that it’s easy to focus on the growth and the change. But these companies wouldn’t even be interested in East Bayside if not for the people who live there and make it special. The Piece Together Project is intended to ensure that the people who call the neighborhood home are not lost in the fray. The Adams’s murals spotlight Bayside residents who have advocated on behalf of marginalized community residents and helped make Portland the diverse and accepting city it is known to be today. 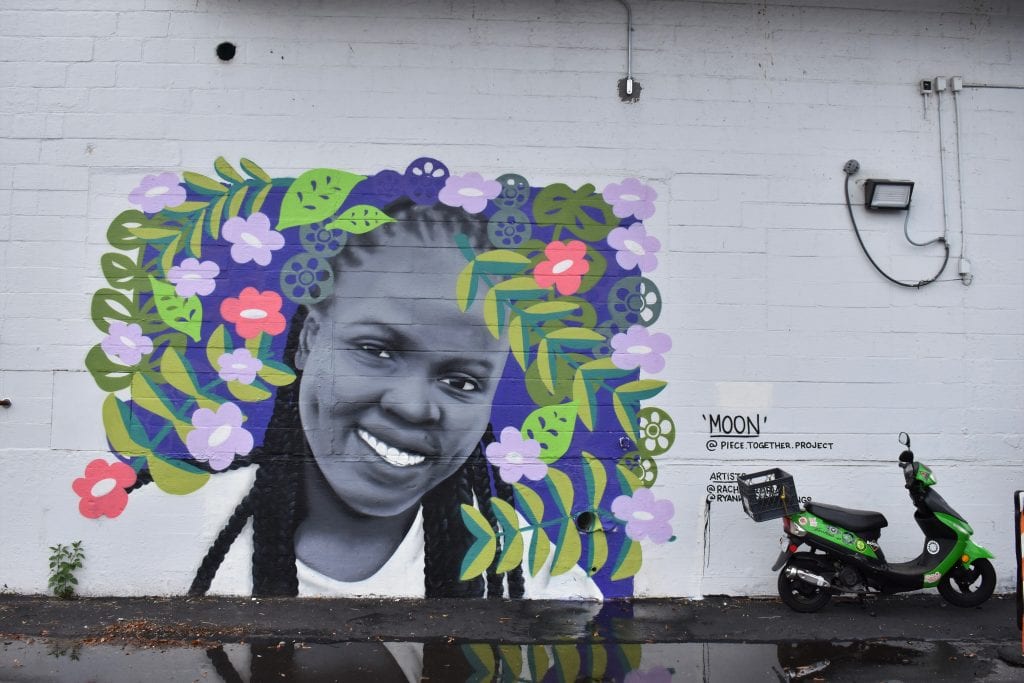 When Ryan Adams first started talking to people in East Bayside about who in the neighborhood had made an unusually big impact on their community, the unanimous answer was Moon – Nyamuon Nguany Machar. So she was the first subject of the Piece Together Project. Originally from South Sudan, Moon grew up in East Bayside, where she now works as a cultural strategist advocating for mental health care and legislation that benefits immigrants and other marginalized groups. A mural with her image is featured on the side wall of Rising Tide Brewery on Fox Street.

The project’s second mural commemorates the late Alain Nahimana, who passed away earlier this year. His portrait is on the back wall of Coffee by Design on Diamond Street. Nahimana came to Maine, by way of California, as an asylum seeker from Burundi in 2010. With Damas Rugaba, he co-founded the influential Greater Portland Immigrant Welcome Center and was a prominent figure both within the Portland community and nationally. “His work advocating for immigrants, social justice, equality, and women’s rights will be remembered by our community for generations to come,” the two artists have written on the project website.
Whether they know Ryan and Rachel Adams or not, Portland residents likely have seen the murals. A mural of George Floyd, painted in June on an exterior wall of Aura on Center Street, went viral and became one of the symbols of the Black Lives Matter protests against police brutality that followed Floyd’s May 25 killing in Minneapolis. “It was a very emotional thing to paint,” recounted Adams. “The goal behind it was not to get attention for myself, but to make sure that this person’s legacy, what he stood for within our culture, is not forgotten.” The mural even caught the attention of Floyd’s family, who sent a thank you note. 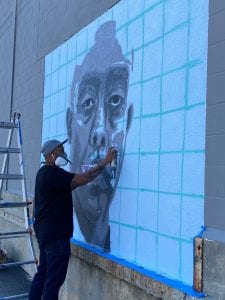 The cultural awakening provoked by the BLM movement has forced people to begin confronting the fact that people of color – artists in particular – as well as businesses they own, are often overlooked. Adams noted that his family has started getting more recognition recently. “All of a sudden, the people that I’ve been surrounding with my murals for nearly a decade recognized that I exist!”

Ryan Adams said his personal experiences with discrimination have led him to vow to make accessibility and representation the cornerstones of his practice. “I know what it’s like to be excluded from the world of fine art. It can be very dismissive of things that don’t fit the mold, whether that’s because of what someone looks like or the materials they use.”

By its very nature, public art is accessible. One doesn’t need to cross the threshold of a gallery to enjoy it. And Adams stressed that representation within the world of visual art not only means representation of different people, but also different ideas and different paths people can take that aren’t in line with traditional ones. “Growing up, I didn’t see murals of people who looked like me or people like me represented in art galleries. I want to make sure that people out there who look like me, use materials like mine, or go about visual art in an unconventional way, know that there’s a space in art for us, too.”