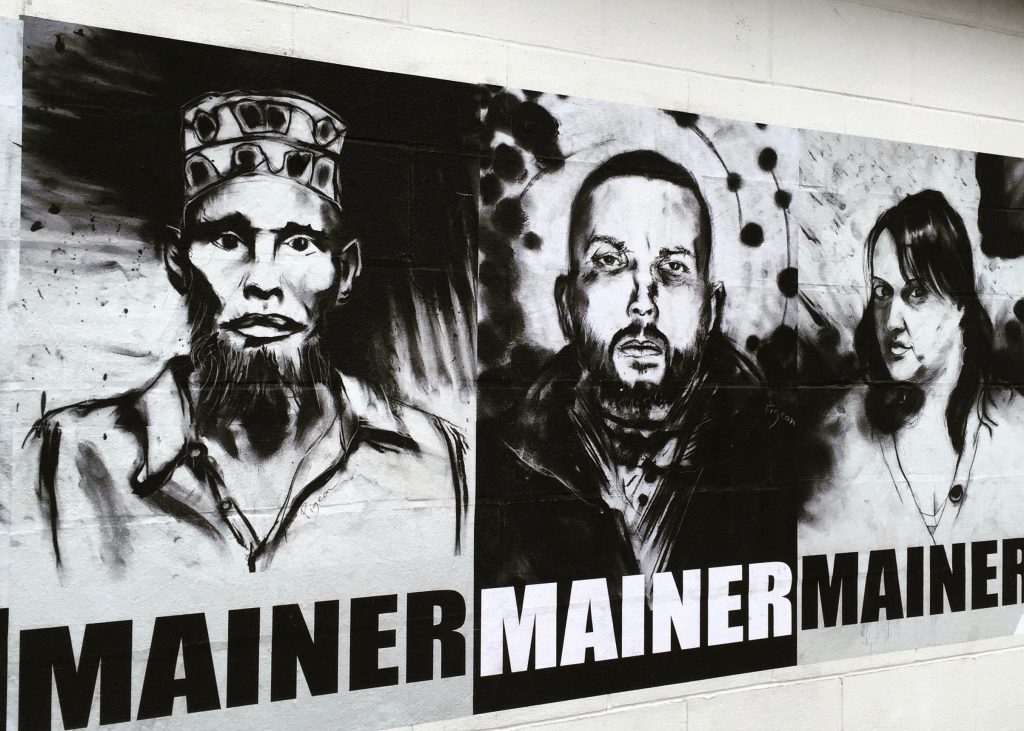 Orson Horchler’s interest in culture, in what happens when people from different cultures intermingle, and in how individuals can move beyond xenophobia permeates all aspects of his life. Part philosopher, part street artist, part singer and producer, part craftsperson, part businessman, Mr. Horchler is passionate about creating intercultural spaces where people can mix and learn from each other.

“Everything is cultural,” he said. “How we talk together, where our eyes are looking, how we show a willingness to work, how we show respect.” Born in Pennsylvania to immigrant parents from Hungary and France, and raised in Triel-sur-Seine, France, Mr. Horchler has dual French-American citizenship. He knows first-hand that having feet in more than one country and culture is complicated. When he first moved to Maine 20 years ago, he searched fruitlessly for community, longing to experience the elusive feeling of belonging. However, in a state where a Bangor mother once tearfully explained to him that her son’s being born in Augusta would consign him forever to an identity as someone “from away,” community was hard for Mr. Horchler to find. Finally, after 10 years of looking, he did, in Portland.

Now Mr. Horchler is the CEO of Bondeko Construction, where he explores culture every day with his crew. In Lingala, bondeko means “the feeling of being family with those who are not your blood relatives.” From his company’s inception, Mr. Horchler has hired immigrants as workers. He wanted to give a leg up to others who had experienced the challenges of starting life over in a new country, helping them to find gainful employment and community at the same time. 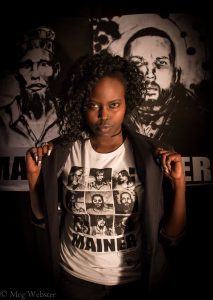 “We bonded because we are all migratory people,” he explained. Despite not sharing a common language or common cultural practices, the crew of Bondeko manages to problem-solve its way through the difficult business of navigating cultural differences while creating beautiful, high-quality work. “In the United States, the expectation is that you shouldn’t be uncomfortable at work, which means it’s hard to be intercultural – where there is an actual exchange, a confrontation of cultural paradigms. But even though it’s uncomfortable, it is a gift to work with people who live completely differently.” 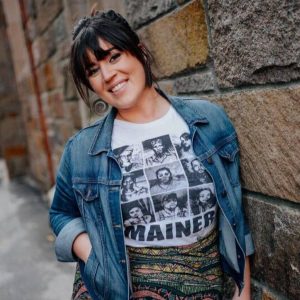 Orson Horchler’s street artist name is Pigeon. As Pigeon, he is the creator of the Mainer Project, large charcoal and ink drawings of people he knows, mounted as posters or murals in public spaces. The subjects are people who have moved to Maine from somewhere else. “I wanted to superimpose images of people who live, love, and work in Maine with the word ‘Mainer’ to get people to look at stereotypes,” he said. The Mainer Project is intended to provoke conversation about what it means to be considered a legitimate part of Maine’s community – a “real Mainer.” Drawings from the Mainer Project have been made into t-shirts. Each t-shirt displays one of the portraits of a Mainer.

“I think about culture all the time. It makes life so rich,” said Mr. Horchler. “Most people I know talk about wanting to travel, but I’ve traveled so hard here – right here in Portland.”

The public is invited to watch the installation of the next Mainer mural at Mr. Horchler’s TED talk, “Beyond Xenophobia: Building the Intercultural Team,” is available on YouTube. T-shirts can be purchased through the website: pigeonnation.com