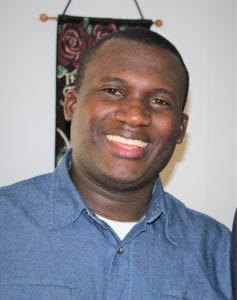 The sun was strong on our faces as I sat outside a medical facility with a husband and wife in their 50s. Inside, their daughter was at a prenatal consultation. I had picked up the family from the airport just one month prior, upon their arrival in the United States as refugees. I am a community health worker, and they had been assigned to me. I remember how excited they were when they heard me speaking their native language. As we talked that first day, they whispered to me that they were living “a second chance.”

They didn’t know that the White House had just announced a dramatic reduction in refugee admissions for 2020, but my own thoughts were gloomy as I listened to them. I knew that in 2020 the number of refugees admitted to the United States would be dramatically cut to just 18,000 people. Since the Immigration and Nationality Act of 1965 was passed, refugee resettlement numbers had never been so low in the U.S.

But this newly arrived couple did not know about the drastic cuts by policy makers. They were anticipating with joy what they believed would be the arrival of family members they had left behind in Africa. Many resettled families whose family members are stranded overseas feel the same warm excitement. They come believing reunion will follow quickly, thanks to basic tenets of US Refugee Resettlement policy. However, unless a grassroots campaign upends the current administration’s decision, these families stand little chance of being reunited.

“Yesterday we talked to our son left in the refugee camp. His kids are not doing well, and he can’t afford their medication,” the couple told me, as we waited for their daughter to join us. I consoled them, saying that when they got a job, they would be able to assist their son. The mother shared that they believe their son will soon be here in the US, that he is in the final stage of the refugee screening process. The mother explained that conditions in the refugee camp are not good Living there means reliving past trauma on a daily basis.

With her eyes fixed on the ground, she told me of the trauma she had experienced, which she relives every day in her mind. “The day before I left my country, rebels broke into our house, and tried to kill my husband. I can’t remember the number of men who raped me, because I lost consciousness that day.” She confided to me that she feared mentioning to her doctors what had happened, but trusted me because I had been there for the family since their arrival. I broke into tears but quickly wiped my eyes, telling her that she and her husband are safe here.
Taxpayers ultimately fund the U.S. refugee resettlement process. Anyone whose human decency is intact will want to know that a woman who became a refugee after being gang-raped has now found a place she feels safe and can call home. The generosity of the American people has restored infinite happiness to so many lives.

This is not the time to stop. Please join the grass roots movement to overturn the inhumane policies of our current administration.