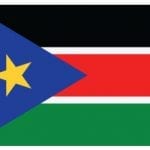 “It Has Fallen, We Won!” Sudanese Protesters chanted joyfully at the news that Omar al-Bashir has been removed from control of Sudan by the military after 30 years. Bashir seized power in a coup in 1989. He is wanted for trial by the international criminal court on charges of genocide against civilians in Darfur. According to UN estimates, 300,000 people have died in Darfur because of the conflict. Protesters have been in the streets since December 19, 2018 when his regime tripled prices on bread, further impoverishing an already suffering populace. The price increase sparked a mass movement that escalated over the weekend. General Ahmed Awad Ibn Auf, the Sudanese defense minister, announced the news of Bashir’s fall over state-controlled media. He says elections will be held in two years. A curfew has been imposed for the next month, and the state of emergency declared by Bashir will not be lifted at this time, General Ibn Auf has announced. At this time it is unclear how protesters will respond to the curfew.