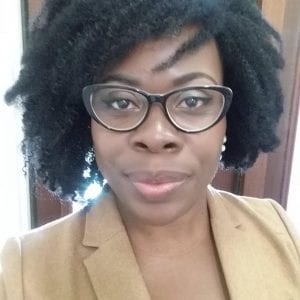 Angela Okafor is committed to Bangor. After 12 years in the city, she owns a law practice, an international food market, and a hair braiding and crafts business, and she is running for Bangor City Council.

“Having interacted with a lot of other people, and parents especially, it’s a need to have visibility, to be seen,” Ms. Okafor says. She wants “to give our children validation that their needs are important…that there are those who understand their needs.” She began considering a run for City Council after watching a friend go through some racial issues with her son.

Ms. Okafor understands people’s needs on many levels. Born in Nigeria and educated there as an attorney, she came to Bangor in 2007 when her husband was recruited by a major national pharmacy. He worked long hours, often out of town. His H1B visa allowed him to work but, under rules in effect at the time, as his spouse she had to wait more than five years to seek employment. Knowing no one, unable to work or drive, with sparse public transportation, she had no structure through which to meet others in similar situations. She was lonely and frustrated by the isolation and by the inability to use her education. If not for a series of medical problems that led to multiple miscarriages, she would have returned to Nigeria to wait for her husband to complete his contract. Instead, she stayed to address her health. The couple now has three children – ages nine, seven, and five – all born in Bangor. 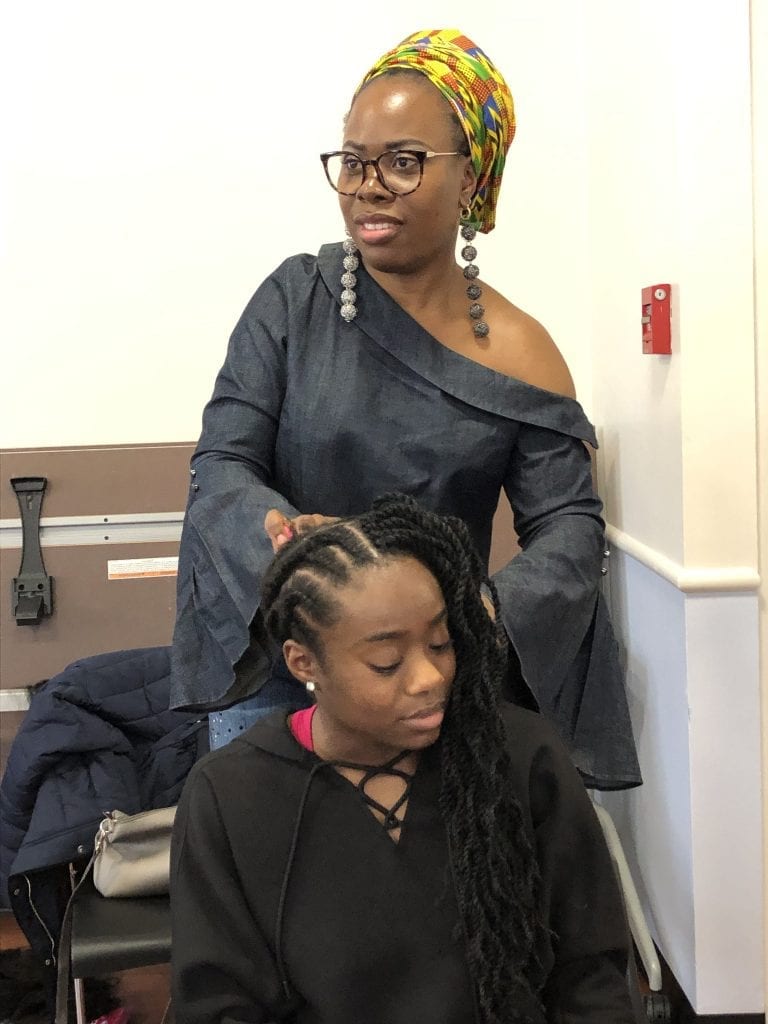 During those early years, Ms. Okafor saw first-hand what new arrivals experience, without access to familiar foods and other cultural items and services. (She taught herself to braid so she could care for her own hair, and later learned to sew.) By the time the couple received permanent residencies, they’d decided they liked Bangor and would stay. They’d found a church where they felt welcomed and supported, and neighbors had become friends. To help welcome others, Ms. Okafor opened Tropical Tastes and Styles International Market (2017), helped the University of Maine’s Black Student Association start a Hair Care Fair (2018), and opened Gela’s Hair Braiding and Crafts (2019). Her Okafor Law Practice specializes in immigration law. She has served on the Maine MultiCultural Center board, been a guest lecturer at Eastern Maine Community College, spoken at local high schools, and worked with women’s, business, and other organizations around the state. She started Bangor Area White Parents of Black Kids so local parents can learn from and support each other. In everything, Ms. Okafor emphasizes the social and economic benefits of connectedness, diversity, and inclusion. She became a U.S. citizen in January 2019.

Many of the factors that led Ms. Okafor to start three different businesses are the same ones now motivating her to run for Bangor City Council. She, her husband, and their growing family didn’t have – and couldn’t easily purchase – what they needed to maintain lifestyles and customs. With permanent residency, she finally could seek work in 2013. She met closed door after closed door because prospective employers didn’t understand her background or trust her abilities. Until then, she’d felt very much on her own to navigate their new home. (See “Profile: Angela Okafor,” Amjambo Africa! 1:4, July 2019)

“There’s going to be a shortage of workers in the near future, due to aging populations,” she says. “We need not to attract people who then move away at the end of their contracts, but who come and stay. That is our hope for an economic future.”

The City Council candidate is full of ideas. Improved local public transportation would foster a community that is more connected, more interactive, and more prosperous. Based on her work with schools and organizations, she seeks to prevent racial incidents before they happen. And she knows that finding ways to help spouses of recruited professionals settle into Bangor will encourage the couples to stay in their new home.

She wants everyone to feel part of the community. Ms. Okafor says, “Anywhere you are, you belong.”