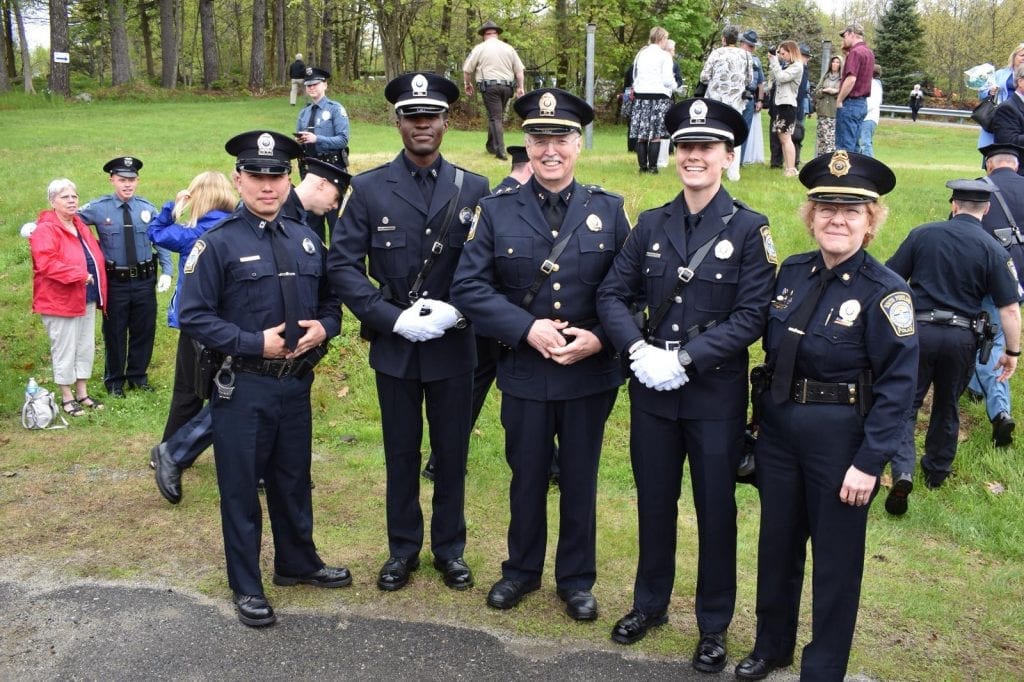 Officer Mukwayanzo Nono, who graduated on Friday May 24, 2019 from the Maine Criminal Justice Academy, was born in the Democratic Republic of Congo (DRC). He is the first black police officer to serve in the South Portland Police Department. He said, “I am ready and eager to contribute to domestic tranquility, and the harmony and safety of the people of South Portland.”

Officer Mukwayanzo grew up in Kinshasa, the capital city of DRC. He arrived in the United States in 2010, and lived briefly in Georgia and Texas before moving to Maine in 2012. Officer Mukwayanzo remembers that when he first came to Maine, he was struck right away by the difference between police officers here and in DRC. He noted that in Maine, the police are trained to enforce the law, and ensure safety and harmony. “This is an important means of advocating for the human rights of all people, without discrimination,” he said. He described the police force in Kinshasa as characterized by corruption and the arbitrary targeting and plundering of innocent people. When he was growing up, whenever people saw a police officer they ran away, because the police were known to harm and abuse the very people they were supposed to protect. As a police officer in South Portland, he hopes to help everyone understand and stay on the right side of the law – including young people and immigrants.

Officer Mukwayanzo first thought about joining the Portland Police in 2014, but obstacles centering on immigration status and written language proficiency delayed the achievement of his goal. “In the process of pursuing my dream of becoming a police officer, I encountered challenges that seemed like a wall in front of me, and there were only three ways to move forward – break through, jump over, or go around. In my case, I worked very hard to break through, and it took me awhile,” said Officer Mukwayanzo Nono. He entered the Police Academy on January 22, 2019. Not one to let the grass grow under his feet while he waited to join the Police Academy, along the way he earned an associate’s degree in business administration from Southern Maine Community College (SMCC), is on track to earning a bachelor’s degree in economics from the University of Southern Maine (USM), and hopes to pursue a master’s in public policy. He lives with his wife and son in Bridgton. Papy Bongibo, President of the Congolese Association of Maine (COCOMaine), expressed his pride at Officer Mukwayanzo’s achievement. “The Congolese community is very proud!,” he said.

“Life is not a bed of roses – there are challenges and walls one must work hard to break through” said Officer Mukwayanzo. He advises young people and immigrants to know and abide by the laws of the land, and hopes to serve as an inspiration and mentor.

Papy Bongibo, President of the Congolese Association of Maine (COCOMaine), expressed his pride at Officer Mukwayanzo’s achievement. “The Congolese community is very proud!,” he said. 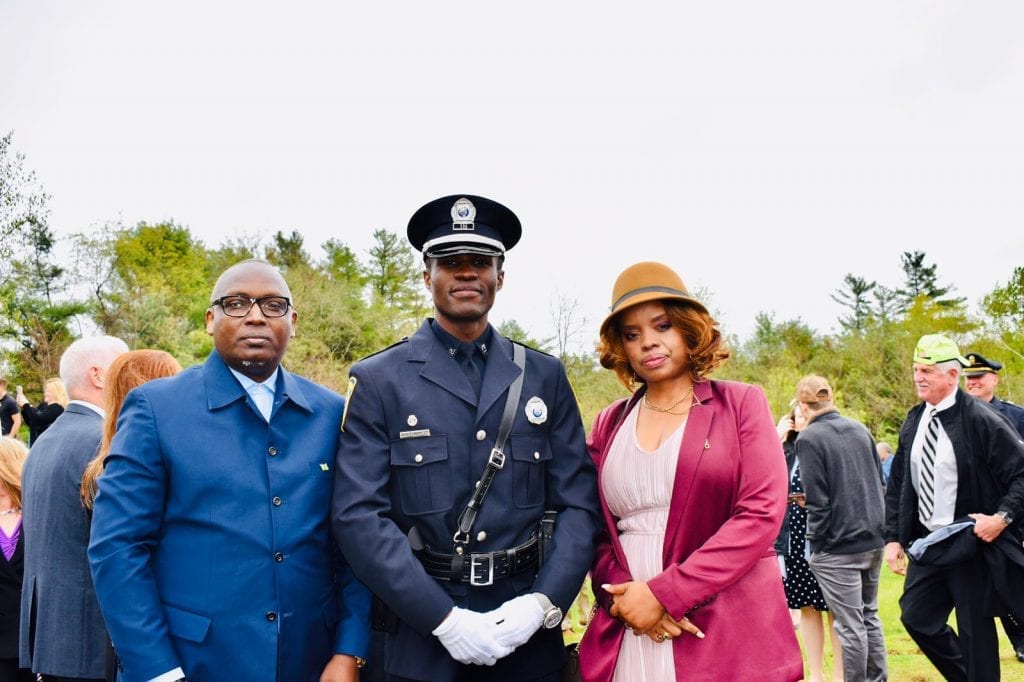 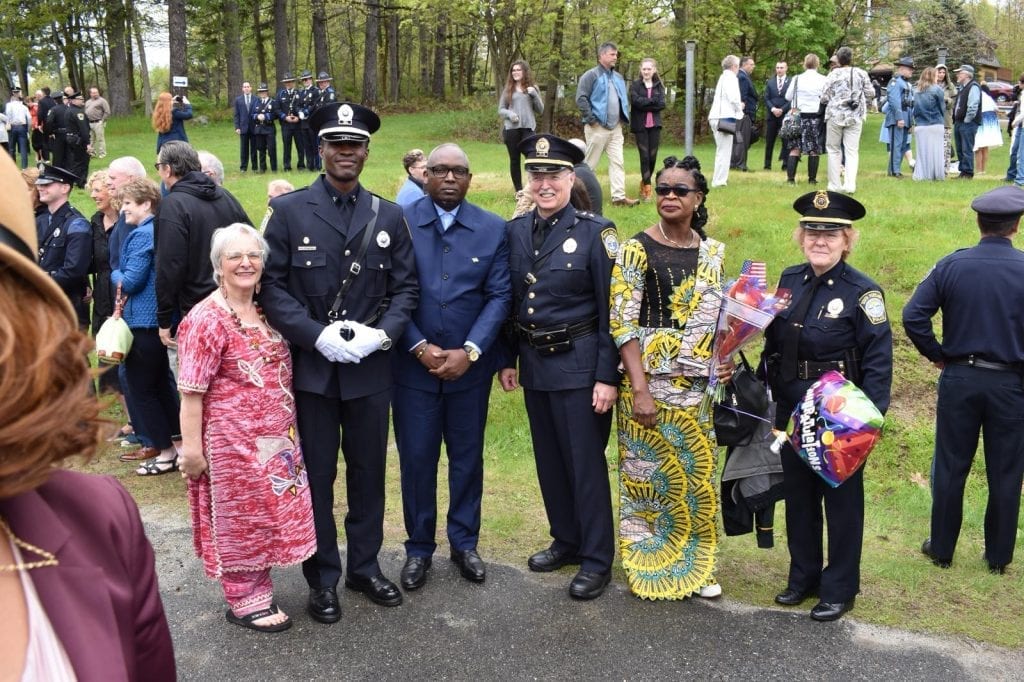 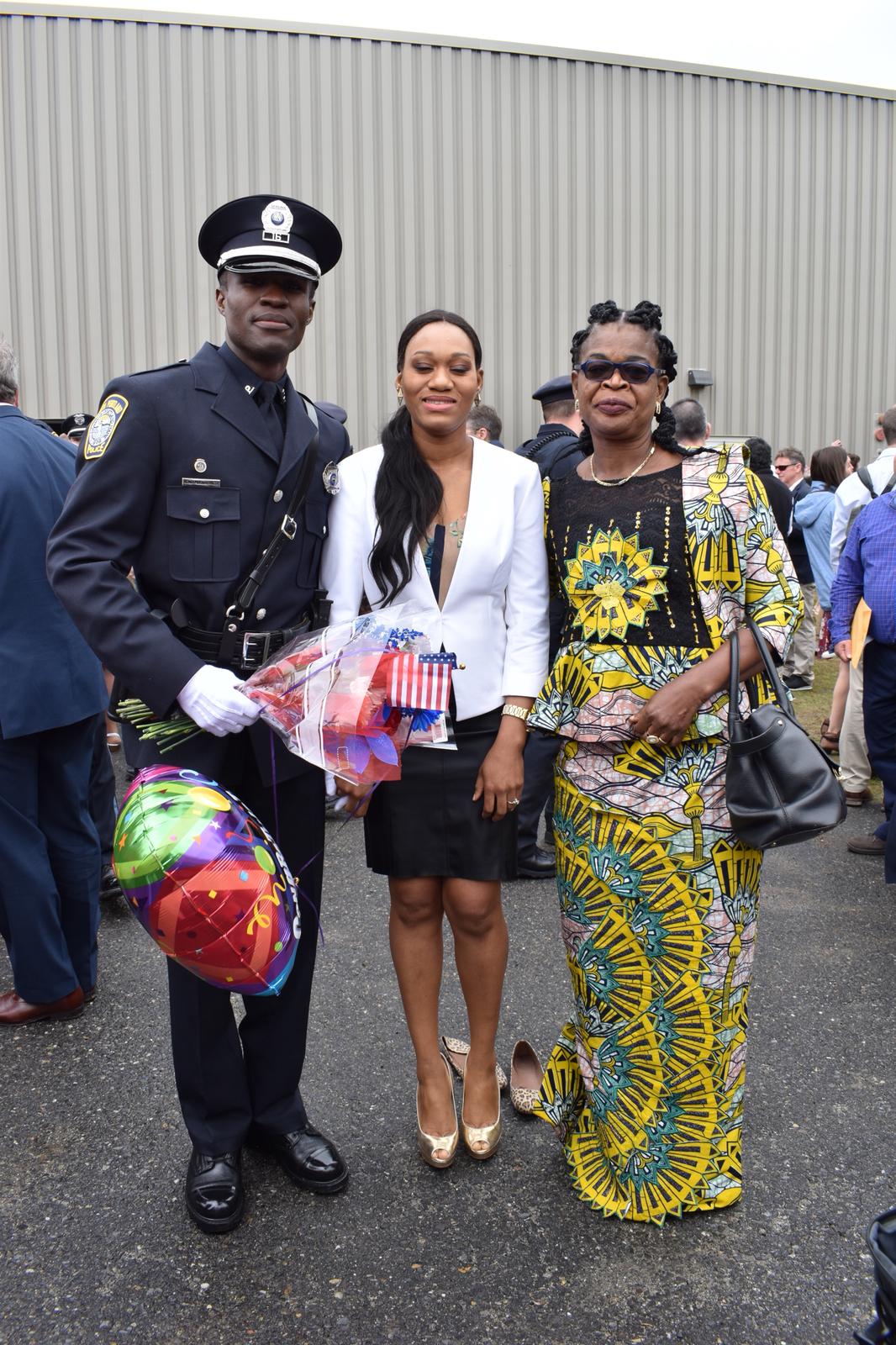