New Governments and Renewed Hope for South Sudan and Sudan 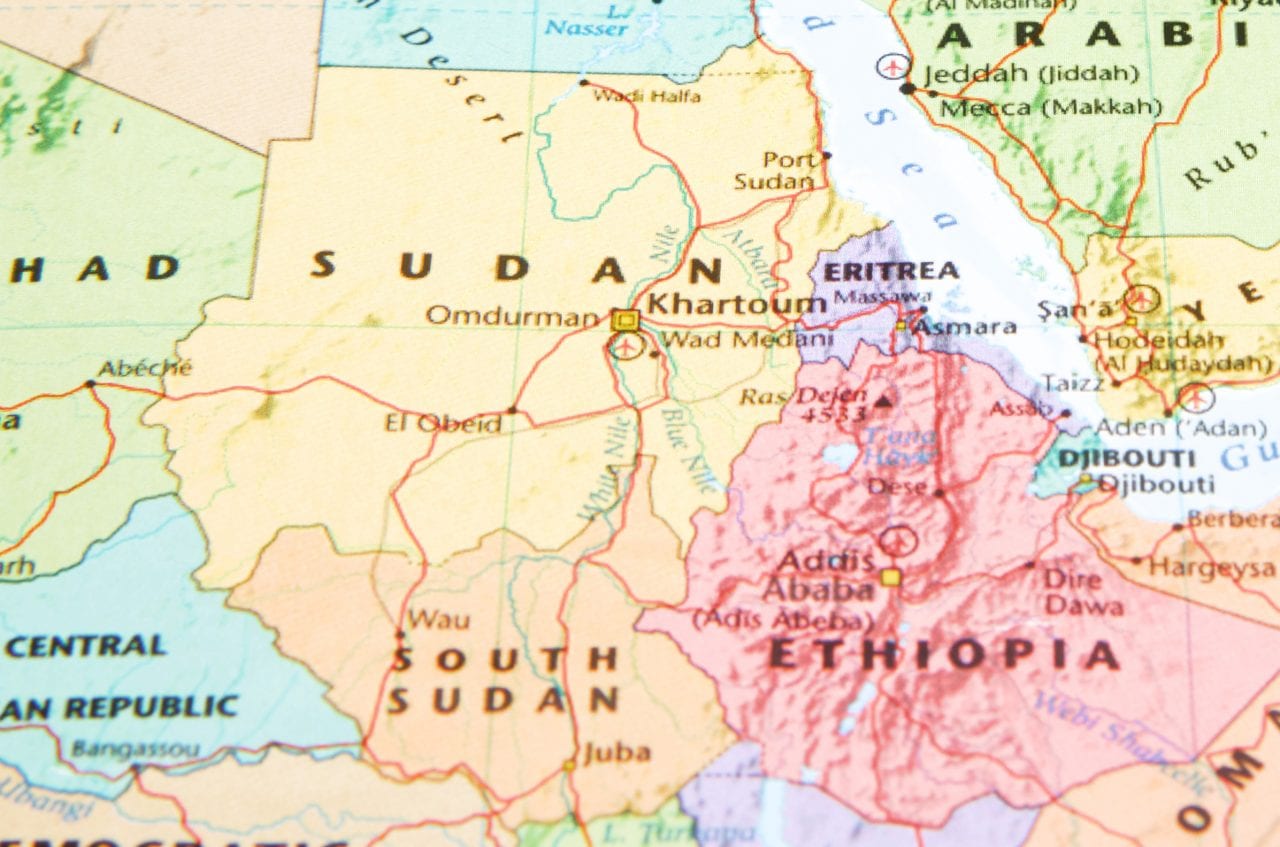 February was a month of renewed hope for South Sudan, with President Salva Kiir and his longtime rival Rieck Machaar vowing to form a unity government, and Machaar offered the vice presidency of the young country. The two men represent the Nuer and Dinka tribes, which have been engaged in a bloody civil war that has claimed approximately 400,000 lives since just after the country was formed in 2011 after decades of armed conflict with what is now its neighbor to the north, Sudan. With the help of international mediation, the two factions reached the agreement to form a coalition government in Juba, the capital city of South Sudan.
Many experts from the United Nations (U.N.), the United States foreign policy establishment, and the European Union describe the new peace deal as fragile, and vulnerable to collapse. They say this agreement looks like a photocopy of previous broken agreements. Payton Knopf, former head of the U.N. Panel of Experts on South Sudan, now with the U.S. Institute of Peace, expressed in a March 5 Foreign Policy article his doubts about the durability of the agreement: “There is no reason to suggest that the same power-sharing agreement that has failed so many times will work.”
According to John Ochira, president of the South Sudanese Community of Maine, approximately 3,000 South Sudanese live in the state. A successful and lasting agreement would be good news for Maine’s South Sudanese community. South Sudan was born in 2011 after decades of armed conflict with what is now its neighbor to the north, Sudan.

The Post-Bashir Era
Omar El Bashir, the imprisoned, former long-time ruler of Sudan, is to be extradited by the interim government of Sudan to the International Criminal Court (ICC) in the Hague where he will face charges of crimes against humanity and other charges, including perpetrating genocide. Bashir was ousted by protesters who took to the streets of the capital city, Khartoum, late last year.
Meanwhile, after hitting Sudan with economic sanctions over a period of decades, the United States has taken bold steps to help Sudan. The National reports that the U.S. has agreed with the Sudanese Central Bank to lift sanctions on 157 different companies. In addition, after 23 years of severed diplomatic ties, the two countries have agreed to exchange ambassadors.
Ibrahim Elbadawi, Sudan’s Finance Minister, has announced that the country is charting an economic road map in conjunction with the World Bank and the International Monetary Fund as it searches for a way to stabilize and rebuild the country.
The diplomatic rupture between the U.S. and Sudan dates back to the era of President Bill Clinton, when the U.S. placed Sudan on the list of “State Sponsors of Terrorism.” During the Clinton administration, it was discovered that in addition to committing crimes against its own people, especially in Darfur where Bashir has been accused of genocide, Sudan was harboring members of Al-Qaeda, and supported the Muslim Brotherhood.