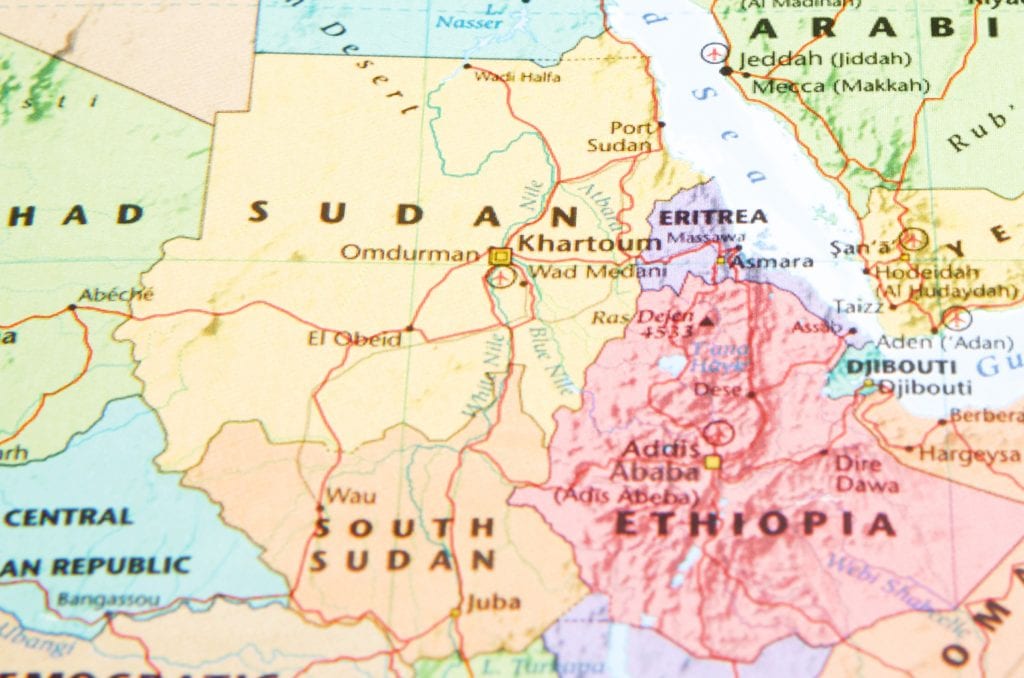 Egypt has long opposed Ethiopia’s construction of the Grand Renaissance Dam on the Blue Nile River, which could reasonably be considered the lifeblood of Egypt and many other countries. Shovels first hit the ground on the project in 2011 and, as of October 2019, construction of the dam had reached 70%. Once finished, depending on hydrologic and political agreements with Sudan, Ethiopia, and Egypt, the filling of the reservoir with water is expected to take between five and 15 years. An ambitious project, if completed it will be the seventh largest hydroelectric power plant in the world, and the largest in Africa,

Egypt would like help negotiating with Ethiopia over the project and has made overtures to many countries, including the United States. According to Voice of America, in November 2019 Washington and the World Bank led talks among Egypt, Ethiopia, and Sudan, but those ended with no compromise. In fact, Ethiopia skipped the last day of the talks in Washington “because the country’s delegation hasn’t concluded its consultation with relevant stakeholders,” the Ministry of Water, Irrigation, and Energy announced. “Ethiopia does not enter into any agreement that would give away its right to use the Nile,” the Ethiopian ambassador to the U.S., Fitsum Arega, said via Twitter.
On February 29, The Middle East Monitor reported that Ethiopia announced – without an agreement in place with Egypt or Sudan — that it would start filling the dam in July with 4.9 billion cubic meters of Nile River water (nearly 4 million acre-feet). Egypt threatened military intervention. Ethiopia’s Chief of Staff, Lieutenant General Adam Mohamed, previously had said that the army stood ready to resist any attack on the Renaissance Dam on the Nile River and to carry out counterattacks.

Countries involved in the conflict have been seeking allies, in hopes of successful mediation of the crisis. Business Day, Nigeria’s daily business newspaper, reports that in January 2020, Prime Minister Abiy Ahmed of Ethiopia asked President Ramaphosa of South Africa to intervene. “As he [Ramaphosa] is a good friend of both Ethiopia and Egypt, and also is incoming African Union Chair, he can lead a discussion between both parties to solve the issue peacefully,” Abiy told reporters at a news conference in Pretoria.

In early March, the Arab League adopted a resolution supporting Egypt and Sudan in their negotiations with Ethiopia over the Grand Renaissance Dam. However, Sudan later sided with Ethiopia and did not back the resolution, according to the Egypt Daily News.
On March 19, Foreign Minister Sameh Shoukry of Egypt delivered a message from President Al Sisi to President Kagame of Rwanda. Kigali Today reports that three days earlier, Kagame had met with President Sahle-Work Zewde of Ethiopia. In the same effort, the Egyptian

Foreign Minister briefed Burundi, Democratic Republic of Congo, and Tanzania, among other countries.