On March 19, Maine Equal Justice (MEJ) and Hope Acts co-hosted ‘Asylum Seeker Eligibility Overview,’ a webinar focused on how to expand equal justice to asylum seekers in Maine. The event rose out of general frustration on the part of asylum seekers and their allies over the maze of rules that govern eligibility for benefits. Attendees included social service providers, volunteers who work with asylum seekers, several representatives from General Assistance, and members of the Asylum Seeker Working Group, a community group that meets regularly in Portland. Given the steady stream of new arrivals entering Maine over the past year, an event focused on trying to clarify the laws and regulations seemed timely. 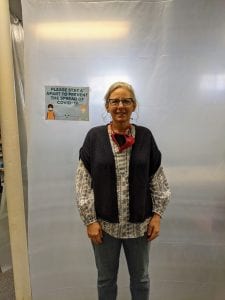 Martha Stein, executive director of Hope Acts, conceived of the event, and approached Maine Equal Justice to co-host. “Given the confusion around eligibility for benefits, I loved the idea of reaching out to as many people as possible. We run into so many situations that are real head scratchers. We see two families come in with seemingly similar immigration statuses and they get different responses when they apply for benefits. One a ‘yes’ and one a ‘no.’ We realized that Maine Equal Justice could be very helpful. People at MEJ know the law inside out,” Stein said.

Because Stein oversees Hope Act’s Asylum Seeker Assistance Program (ASAP), along with other programs of the nonprofit, she sees first-hand on a daily basis the difficulties facing asylum seekers, and those who work to help them. “It’s so complicated. And sometimes bureaucratic errors cause a family’s asylum status to be incorrectly recorded with United States Customs and Immigration Services (USCIS). This can cause big problems. And rejection letters happen frequently. If you end up having to call DHHS, you can be on the phone forever. If a client with limited minutes calls, they have a real problem. So, this webinar seemed very much needed.”

The response of those attending was overwhelmingly positive. Jane Makela, a retired lawyer who volunteers with Immigrant Legal Advocacy Project and other community programs assisting asylum-seekers, wrote Stein after the event to say, “Best two hours I’ve spent on Zoom in the last year!” 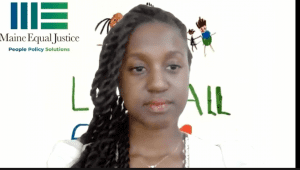 With the anticipated eventual waning of the pandemic, as well as the change in immigration policies relating to the new administration in Washington, D.C., many are expecting that more asylum seekers will be making their way to Maine. Social service providers have been making plans to meet the needs of arrivals if this in fact takes place, however so far there has been no surge in numbers of arrivals.  Nonetheless, families of asylum seekers have continued to arrive in Maine throughout the pandemic – and for most, when they say ‘Maine,’ they mean ‘Portland,’ a city with a reputation of being safe and welcoming.

However, with the shelter system in Portland unable to accommodate the number of homeless individuals and families in Maine, many asylum seekers have been placed by the City of Portland in hotels and motels all over the greater Portland area. And because many of the asylum seekers are African, African community associations, as well as social service agencies and organizations such as Preble Street, have been providing culturally appropriate food for the newcomers – cooking is not possible in hotels and motels. 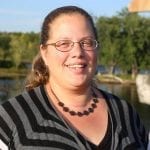 According to statistics provided by the City of Portland on the DHHS website, as of March 27, there were 219 people living in hotels and motels, and 63 people living in the Family Shelter in Portland. Of these, most are asylum seekers. In addition, approximately 113 guests sleep at the Oxford Street Shelter or the City’s overflow hotel on any given night. This number does not usually include asylum seekers.

Kristen Dow, the City of Portland’s Health and Human Services Director (DHHS), has been preparing for a possible increase in arrivals. She said, “It’s hard to gauge whether we will see individuals coming or not. We are having conversations at the southern border and will continue to have those. We want to be prepared.”

When asked about the housing crisis in Portland, Dow agreed that the acute shortage of housing options is a challenge.“There is limited housing in Portland, and we need a more unified approach in the coming months and years. We’ve been having more frequent meetings with people at the state level about a more regional approach,” she said. 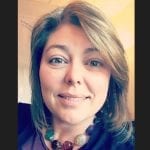 The City of Portland is in the process of interviewing candidates for a new Resettlement Coordinator position they have created. This position will coordinate reception and placement services to families as they arrive, which will include social services. Funding comes from Community Development Block Grant funding provided by Cumberland County and the position will be housed with the Health and Human Services Department in Portland.

Readers may remember the summer of 2019, when so many asylum seekers arrived in Portland in a short period of time that the Portland Exposition building was transformed into a makeshift shelter. Dow said, “We learned a lot very quickly during the Expo summer – and the pandemic has taught us more about how to help arrivals. But it’s a very different landscape now than it was in the summer of 2019. We can’t have people living in a group setting like the Expo, for example.”

Given the complexity of laws and regulations governing benefits for asylum seekers, the webinar hosted by Hope Acts and Maine Equal Justice seems timely indeed.