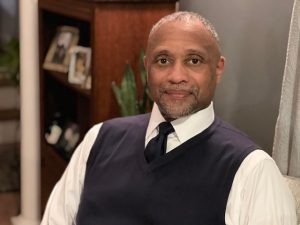 “Judge Lawrence’s extensive legal experience, measured temperament, strong intellect, and proven commitment to upholding the law and administering justice impartially make him an exceptional candidate for the Maine Supreme Judicial Court,” said Governor Mills. “I am honored to nominate him and believe his service on our highest court will greatly benefit the people of Maine.”

Judge Lawrence also served as the Chair of the Judicial Branch Advisory Committee on Children & Families, which was charged with creating a guardian ad litem program for Maine. He also served as a member of the Access and Visitation Advisory Committee and the Limited English Proficiency Committee, which helps formulate the Judicial Branch’s policy on interpretive services and supports. He also was an Adjunct Professor at the University of Maine School of Law.

Prior to his appointment to the District Court, Judge Lawrence worked as an attorney and Vice President and Managing Counsel at Unum and as an Associate at Pierce Atwood.

Judge Lawrence, 66, graduated from Harvard Law School and received his undergraduate degree from Yale. He lives in Portland with his wife and has two adult children.

Judge Lawrence’s nomination is subject to confirmation by the Legislature’s Joint Standing Committee on the Judiciary and the Maine State Senate. If confirmed, Judge Lawrence will replace Associate Justice Ellen Gorman who announced her intent to retire in January 2021. Justice Gorman has served on the Court since 2007.