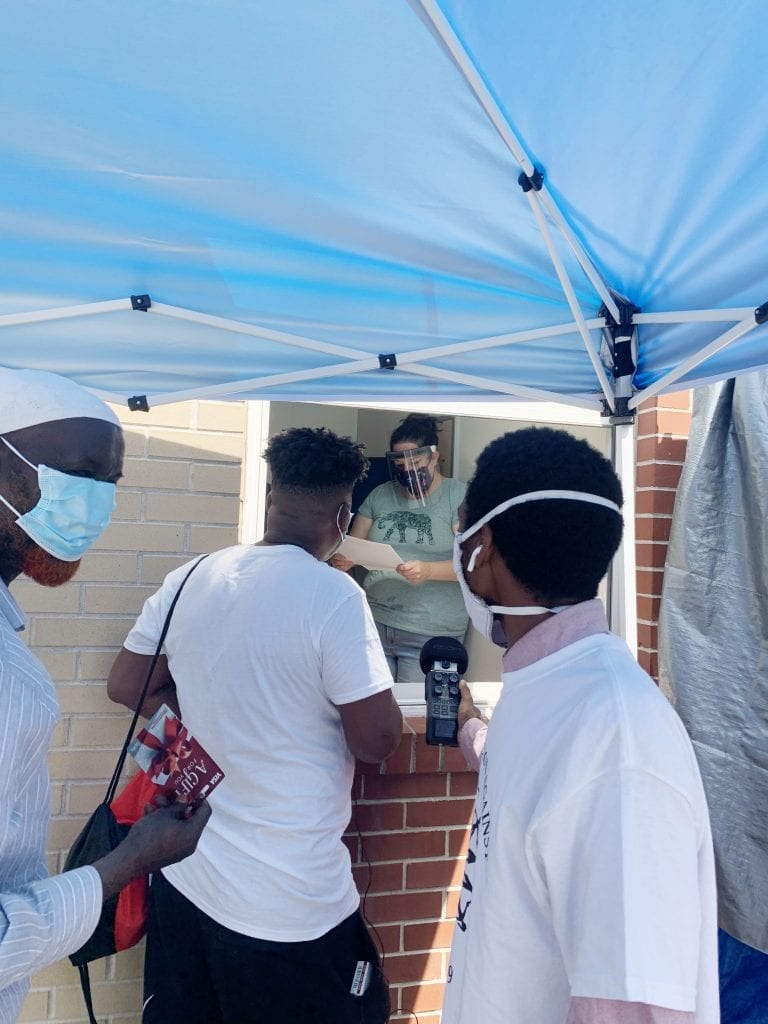 The coronavirus pandemic continues to slam Maine’s communities of color, with 32% of all cases of infection in Maine among people of color.  Recently, the Mills administration began slowly implementing some targeted strategies aimed at reduction of the disproportionate rate of infection, and municipal government, hospitals, and other organizations have started offering free testing clinics within neighborhoods in Lewiston and Portland that are characterized by dense housing.

Lewiston established two centralized testing sites in late spring, the first of which was the B Street Health Center. However, according to Abdulkerim Said, Executive Director of New Mainers Health Initiative in Lewiston, those remained underutilized until the L/A New Mainer COVID-19 Task Force organized a day of walk-in testing on July 25. In advance of the clinic, task force members spent a great deal of time educating community members about testing, and explaining why testing is both important and safe. Said reported that 64 individuals were tested within four hours.

Requests for free, easily-accessed, walk-in testing sites have been a request of immigrant leaders since mid-March. The first such clinic in Portland was held at Sagamore Village on July 15, and the second was on July 27 at Riverton Park, with more to follow in the coming weeks in all Portland Housing Authority neighborhoods. The clinics are being organized by Portland Housing Authority with the City of Portland Public Health Division, Northern Light Mercy Hospital, Greater Portland Health, Catholic Charities, Maine Immigrant Rights Coalition, and the Maine CDC. To date, the clinics have not attracted many residents. Sources close to immigrant residents of the housing communities have explained that without extensive outreach by trusted members of different communities, the clinics are unlikely to see much traffic. 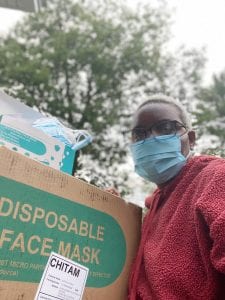 Four months ago, immigrant leaders asked the Mills administration to hire immigrants to serve as contact tracers and health care workers. They have repeatedly said this would be a crucial step in the fight to prevent community outbreaks. This suggestion was first made to the Mills administration on March 13, one day after Maine reported its first confirmed case of the virus. At a meeting with Dr. Nirav Shah, Director of the Maine CDC, that included over 80 people representing many organizations and targeting the health needs of immigrant communities during the crisis. At that meeting – and again repeatedly in the intervening months – immigrant leaders reminded the administration that culturally and linguistically competent health care workers, who are already trusted by members of the communities, would be the most effective in preventing COVID-19 outbreaks.

On July 22, the Migration Policy Institute released “Underutilized High-Skilled Immigrants with Health Care Degrees Represent Untapped Pool of Talent as U.S. Struggles with COVID-19,” a report calling for immigrants with a background in health care to be seriously considered as a potentially valuable resource for addressing the public health crisis. The report by Migration Policy Institute authors Jeanne Batalova, Michael Fix, and Sarah Pierce states that, as COVID-19 continues to spread at a high rate through immigrant and minority communities, immigrants are “… a potentially valuable resource in providing linguistically and culturally competent care and serving as a public health resource in their communities.” The authors suggest hiring immigrants to fill contact tracer positions as well as other health care positions. 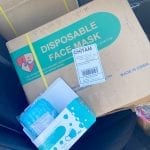 Masks were available for anyone arriving without one

“They (immigrants with some health care training) could also bolster the rapidly expanding workforce engaged in contact tracing, bringing to bear their linguistic and cultural competencies…. Given that these language and cultural skills may allow them to communicate more effectively on sensitive topics such as disease and the movements and associations of a person possibly exposed to the coronavirus…this talent pool could be tapped as contact tracers as states ramp up testing and tracing…. With the disease spreading particularly fast among Latino and other immigrant and minority communities, broad demand for the kind of skills that many underutilized immigrants with health degrees offer should be high not just in tracing networks, but in other emergency and nonemergency settings,” the authors wrote.

Maine’s immigrant community leaders have repeatedly noted that contract tracers who are drawn from white communities are unlikely to be successful in communicating with many New Mainers at a time of heightened anxiety, such as during a frightening pandemic. They have also said that in the anti-immigrant climate fostered by the current federal administration, and in the context of new public-charge rules aimed at reducing access to green cards that went into effect just before the health crisis hit, immigrants are especially reluctant to share personal information with untrusted sources.

Various leaders have asked Maine’s Department of Health and Human Services (DHHS) to establish closer ties with community-based organizations that had already been working on the ground for free since March, trying to stave off community transmission. The state finally offered a modest contract to Catholic Charities of Maine and Community Action Programs (CAP) agencies, but immigrant-led community organizations – or ‘Ethnic Community Based Organizations’ (ECBO’s) – were not directly represented in the contract. After extensive negotiation, ECBO’s will also be receiving minimal funding through the contract for work they have been performing since June 1. The state has assured organizations that they will issue a second round of funding in the future and will do a better job of working directly with ECBO’s. Meanwhile, the Maine CDC invested in Sara Alert, an expensive, web-based tool geared to local, English-speaking populations. 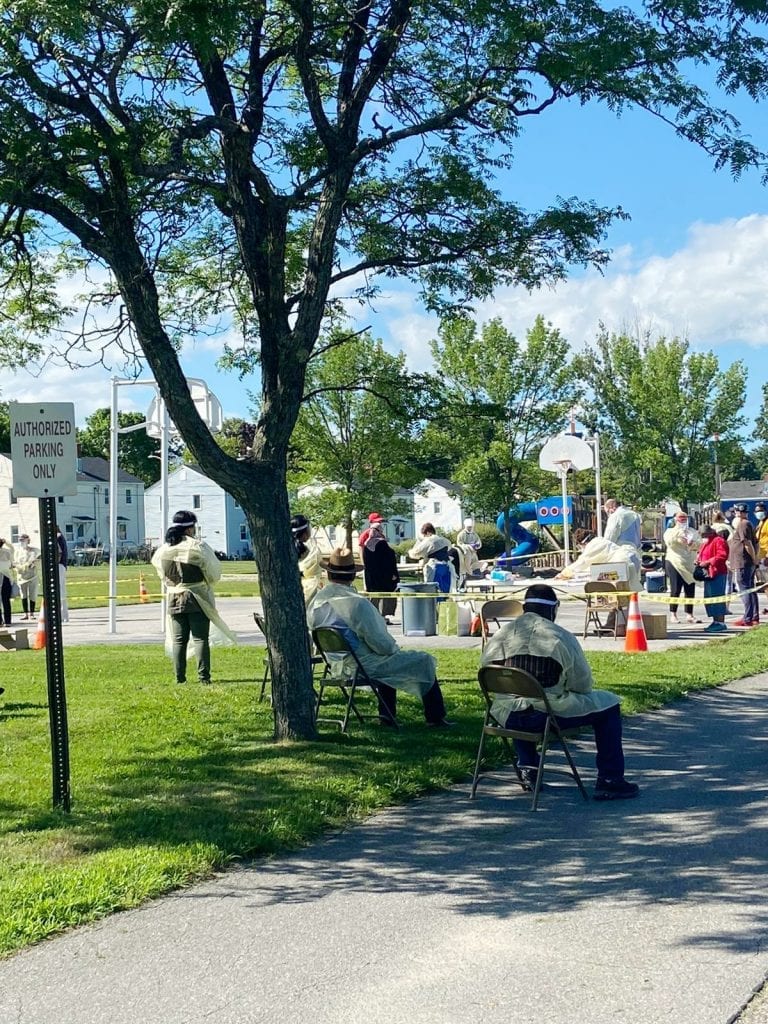 Physical distancing and PPE at Sagamore
Village. To date, the clinics have not attracted many residents.

As of July 26, the New York Times reported that over 4,221,900 people have been infected with COVID-19 and 146,500 people have died nationwide since the crisis began. In comparison, Maine’s rates are extremely low, with 3,814 cases and 119 deaths so far, and case rates trending downward. However, the impact of the virus on immigrant communities has remained disproportionately strong in relation to other populations in Maine. By July 26, case rates of infection in Cumberland, Androscoggin, and York counties – home to the largest numbers of immigrants in the state – were between two and four times higher than the next most infected counties, Kennebec and Waldo.

According to members of Maine’s immigrant communities and their allies, grief, rage, disappointment, pain, and fear have mounted as the number of community members testing positive has grown. The general feeling is that the state’s efforts to prevent spread are working too slowly, that state resources should be prioritized to reach the communities that need them most, and that some important requests made in meetings with different officials have still not been met. These requests include the formation of a state-level task force that would include immigrants and other minorities at decision-making tables, to ensure that the administration  responds to the pandemic in culturally and linguistically appropriate ways.