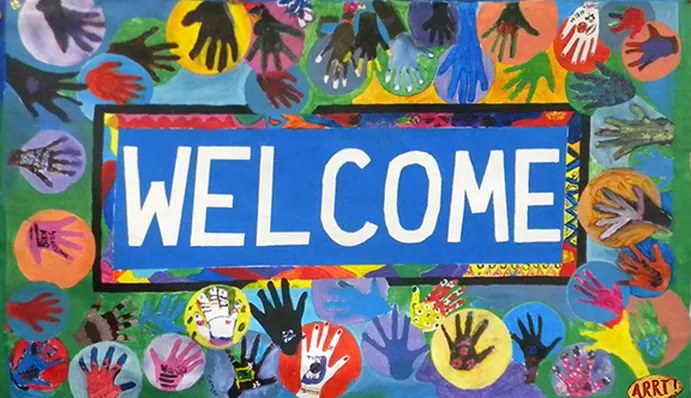 The Mid Coast New Mainers Group (MCNMG) was formed in late 2016, which gave its volunteer members several years of the valuable experience they needed to play a central role in welcoming and supporting 25 recent asylum-seeking families. Beginning in July 2019, these families relocated from the Portland Expo Building to the Bath-Brunswick area, after Portland city officials began moving families out of the makeshift shelter. The last families from the summer arrivals were moved from the Expo by mid-August.
Fortuitously, by the time the families started arriving in Bath-Brunswick, MCNMG was familiar with matching asylum seekers to resources available in the area, since they had already helped six or eight families establish homes in Bath. Together with Brunswick’s cultural navigator, Nsiona Nguizani, and The Emergency Action Network (TEAN), MCNMG stepped in to play a central role in the integration of all these families.

The first months of the resettlement effort involved meeting the immediate needs of this very vulnerable population. “The single parents, especially, have experienced high levels of stress,” explained Carol Kalajainen, the other leader of MCNMG. “There is so much for the parents to take care of – who watches the children while parents deal with all the legal meetings, trips to GA, medical appointments, in a completely new environment? But at this point, after four months, basic needs have been met, and we are moving out of the triage and emergency phase.”

“Now people need to learn how to be successful in Maine. Financial literacy, for example. And more English,” added Ms. Appel.
MCNMG formed with the express purpose of supporting immigrant families moving to the Bath-Brunswick area. Ms. Kalajainen and Ms. Appel emphasized that the benefits of supporting new families extend in both directions. “An obvious positive is diversification of the community, which is one reason we formed the group in the first place,” said Ms. Kalajainen. “On Halloween, family mentors took children trick-or-treating. A number of girls dressed up as princesses, one baby was dressed as a lobster, some kids wore costumes from Frozen. 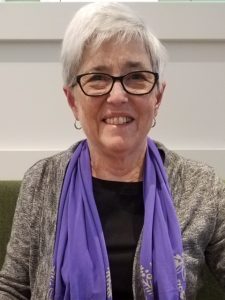 Everyone in the various communities was delighted to see new faces in town!”
Another benefit stemming from the arrival of a number of new residents at once is that the situation is shining a light on the needs of the whole community, including local families. Transportation has been a big issue for quite a while, for example. Because of the newcomers, their very obvious need for transportation, and the numbers of people volunteering, that need has become very clear to the community, Ms. Kalajainen and Ms. Appel agreed. Bath has a bus service, but not one that connects with other cities. Brunswick does have a bus line to Portland, but it operates on a limited schedule. The last Explorer bus leaves Hannaford in Brunswick at 3:13 p.m. on its way to the Brunswick Landing, where the majority of newcomers live. Anyone who misses that bus is stranded.

“One of the most wonderful aspects of the past four months has been seeing the numbers of people who have stepped up to help. Faith communities, Bowdoin College, and the towns, as well as individuals and lots of area organizations and nonprofits,” said Ms. Kalajainen.

Ms. Appel agreed. “Yes, and then there’s the baby who was born recently, and the way a cluster of people formed to help the family through this period.”

Along with transportation, the group sees the need for an office for Nsiona Nguizani at the Landing – he has operated without one since summer – as well as for a community center where some services could be offered on-site, and where families could gather. For more information about Mid Coast New Mainers Group, see their new Facebook page.