Maine’s elected officials respond to the murder of George Floyd 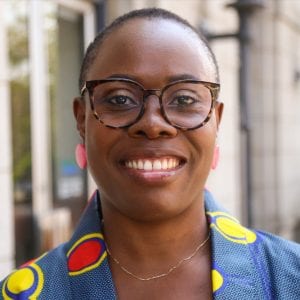 We all know the encounter and outcome would have been different if George Floyd was a white man.

But let’s assume, for once, that race did not play any role in George Floyd’s case.

The act of putting all of a grown man’s body weight on another human’s neck is a gravely dangerous act.

And to hold on for that while.

With hand in pocket. And while George Floyd screamed for help.

And while several bystanders called attention to George Floyd bleeding from his nose.

And while George Floyd was handcuffed.

That is grave inhumanity.

If you are white,

And claim the inhumanity was not racially motivated,

And claim to be a Christian who strives to do “what Jesus would do,”

And claim to be anti-choice with your claim of abortion being a murder,

And you vigorously defend the Second Amendment right to bear arms,

And you bear up your arms in claims of defending your liberty and freedom, especially the freedom to live,

And you claim freedom against being told what to do or not do in a pandemic for the protection of your own community,

You, my friend, should even yell about this inhumanity louder than anyone.

You, my friend, should scream the loudest against this un-Jesus-like action.

There is no better time to protest against this blatant infringement of the rights and freedom and liberties and dignity of another human created in God’s own image. 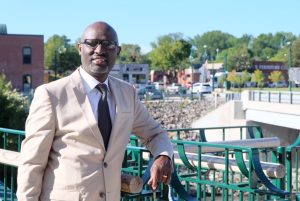 The death of George Floyd was outrageous and unnecessary. After my son saw on television the treatment Mr. Floyd received from a police officer, he had a nightmare. He couldn’t believe that a police officer who had been trained could do such a thing to another person. Putting his knee on the neck of an unarmed person – a father – while casually holding his hands in his pocket, is unbelievable. What lesson are we showing the future generation? Please go back and watch the video, if you haven’t. Ask yourself if this was not murder. George Floyd pleaded that he couldn’t breathe over a period of several minutes. Witnesses pleaded to police officers to help. But no one listened. This kind of behavior must stop. We were all created equal, yet we clearly have to revisit how to treat every human being. I could go on and on because of the emotion this event has created in me, but the bottom line is – we need to stop this kind of behavior and respect every human being. I call for justice for George Floyd and his family. 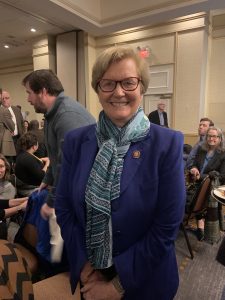 This week our nation witnessed the death of George Floyd at the hands of an officer who was entrusted to protect all people regardless of their skin color. The gross injustice inflicted on Mr. Floyd is another example of the systemic racism and violence visited upon communities of color. Mr. Floyd’s death must be investigated and prosecuted to the fullest extent of the law. Anything less is intolerable. African Americans should not have to worry about their safety simply because they are black, and yet the deaths of Mr. Floyd and too many Americans before him show they have reason to fear and demand change. Meanwhile COVID-19 is disproportionately infecting African Americans in Maine and nationwide. These racial disparities are not only an injustice, they represent an oppressive problem in our country.

This mural which was once in Portland reflects a hope that systemic racism can be undone if we demand it. As former President Obama once said, “no one is born hating another person because of the color of his skin or his background or his religion.” We must call out racism when we see it and work together to stamp it out of our cultural fabric. Mr. Floyd and his family deserve justice. 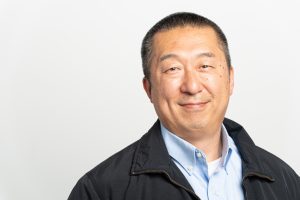 My heart is still broken, and I am still angry. What more can be said about George Floyd? Injustice is about not being heard, not being believed. We all witnessed that four police officers have no regard for pleas for life from a non-violent suspect. When our safety net – the police – harms us, what’s left? It is not illogical for people in desperation to self-mutilate themselves and their communities. Self-harm is a release, but it is self-harm. It is not healthy and the relief from this anger is temporary. It is not worth it. So how do we heal from this? People in power need to hear from those who are suffering, hurting. As a Portland City Councilor, resident of Portland and former employee of the Portland Police Department, I know our police department has good relationships with our immigrant and racial minority groups. The Portland Police Department reached out to immigrant and racial minority groups to help hire a new police chief. The Portland Police Department passed on a $68,000 federal grant to support undocumented residents of Portland. This does not mean we cannot do better. As a city councilor and member of the health and human services committee, I have already made a request to the mayor, city manager and other councilors that we continue to listen and work with our immigrant and racial minority groups and, in light of this national tragedy, reflect and improve on our police skills by having our police officers participate in racial bias trainings. In the meantime, I encourage all of you to please get your absentee ballots and vote. Please call your local, state, and national leaders and ask them to fight injustice everywhere. Please give your time or money to organizations fighting injustice, such as the Southern Poverty Law Center, ACLU, NAACP. If you are angry, moved, do something.