The Angolan Constitution guarantees the right to peaceful assembly and freedom of expression, however on November 11 when protestors turned out en masse in Luanda, Angola’s capital, with demands such as free and fair municipal elections, a better quality of life, freedom of speech, protest the high cost of living, police turned on the crowd and dispersed it with tear gas and violence. One protestor,  Inocêncio Alberto de Matos, was shot and died of his wounds, according to sources on the ground. His family has yet to see his body. 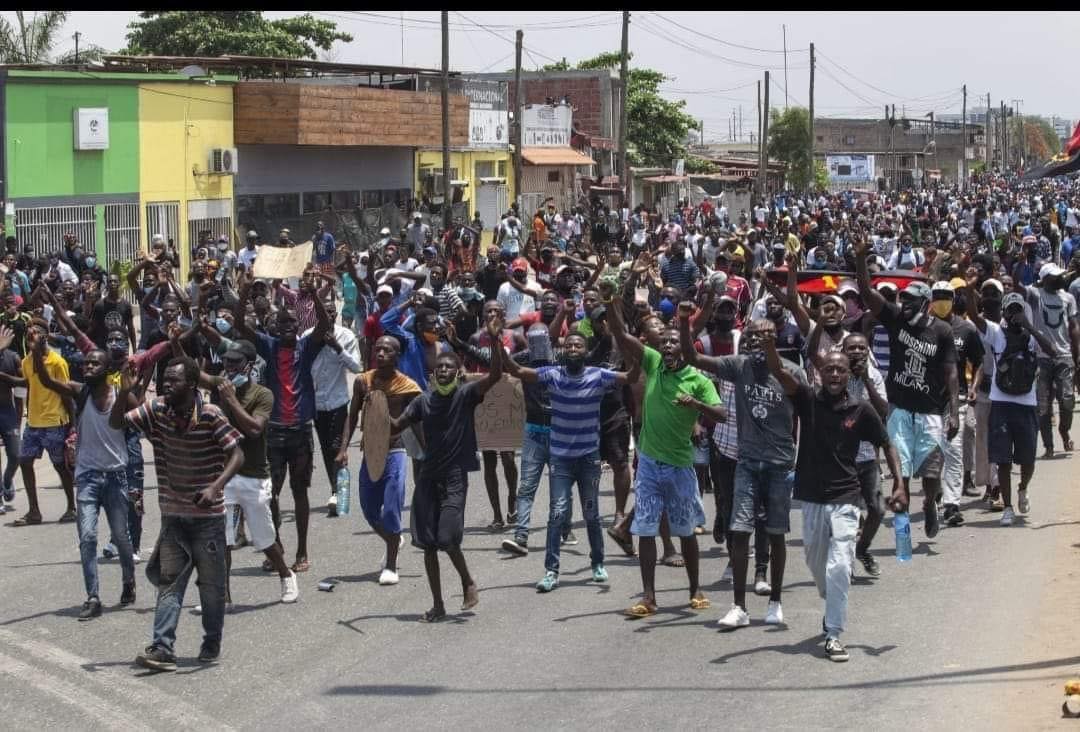 One protestor,  Inocêncio Alberto de Matos, was shot and died of his wounds, according to sources on the ground. 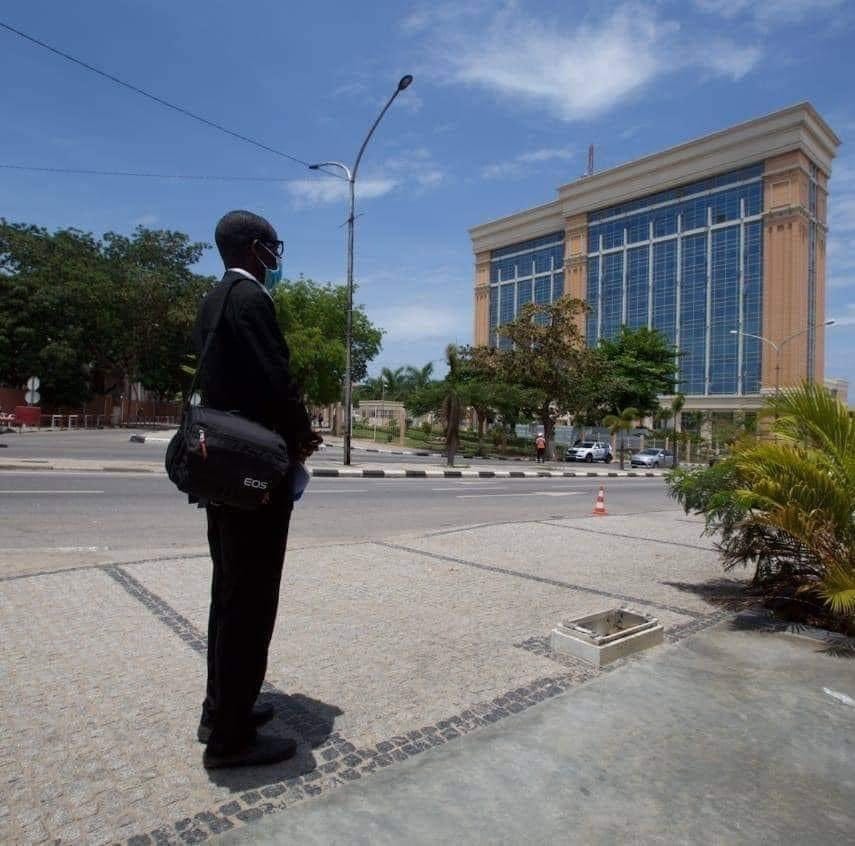 Alfredo de Matos, father of Inocêncio Alberto de Matos, the young protester  who was killed in the demonstration on the 11th, has been standing in silent vigil in front of the public prosecutor’s office building since the morning of November 21 demanding the official return of his child’s body. 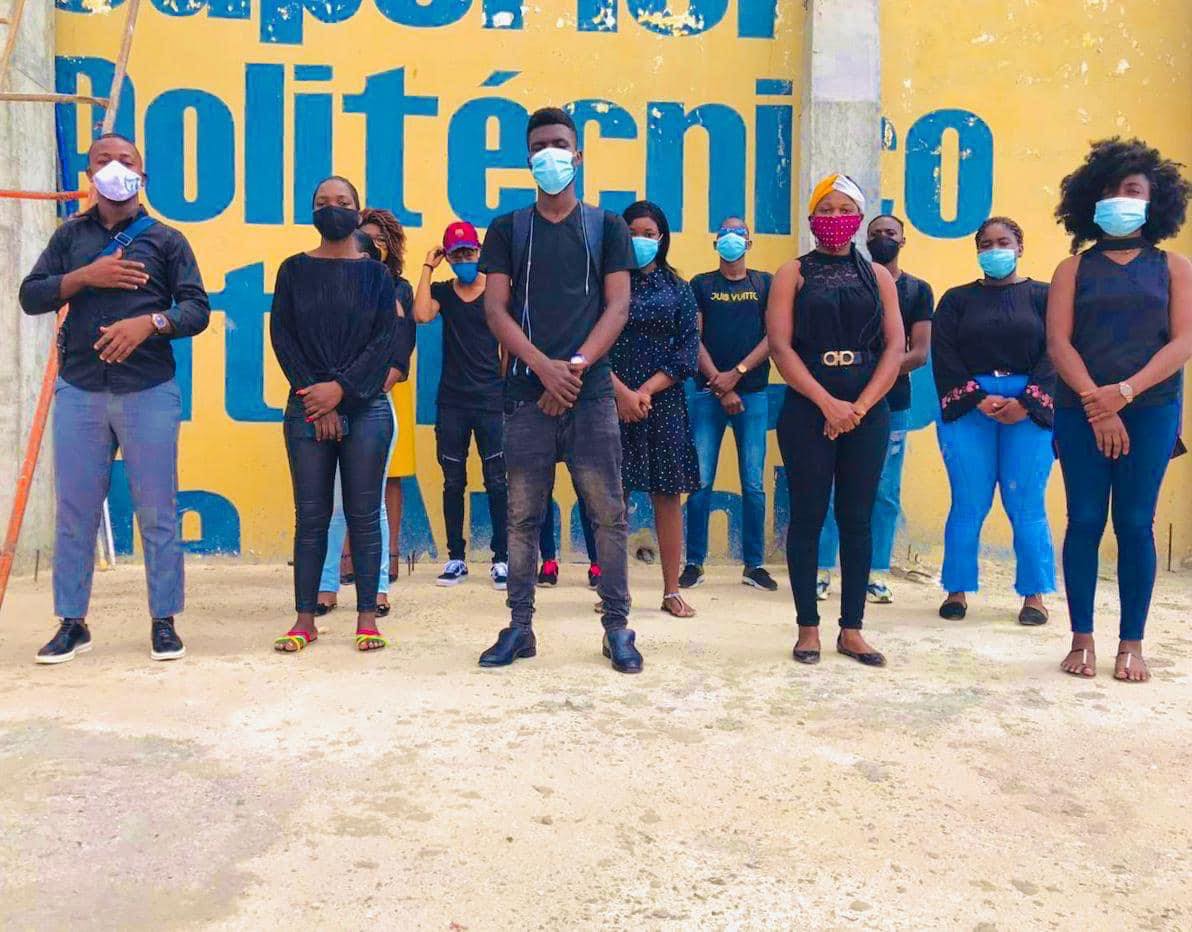 University students in Angola show solidarity with their colleague who was killed in the demonstration on 11 November.

“People just want to have freedom of speech and to live like free men,” said Manuel Vemba Kiambuwa, originally from Angola, now living in Maine. 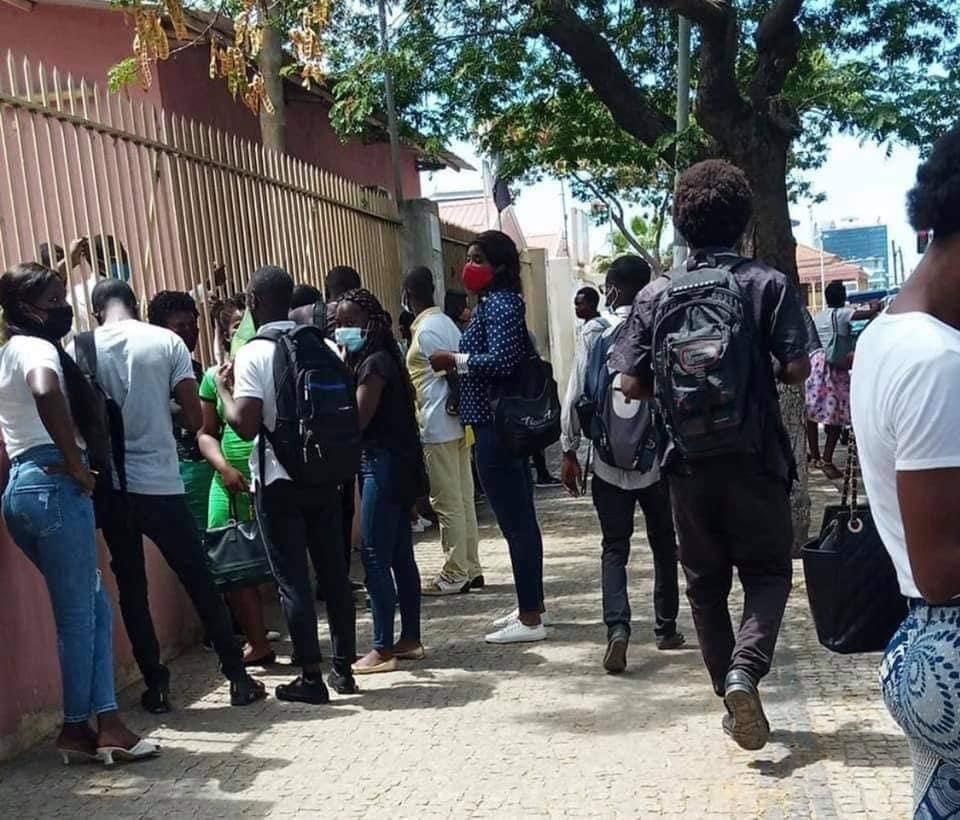 The National Police rounded up students November 18 at the University in Luanda in response to a decision by students to pay tribute to the young man killed in demonstration of November 11. José Alfrdo da Silva and Arante Kivuvu Lumumba have been taken into custody. 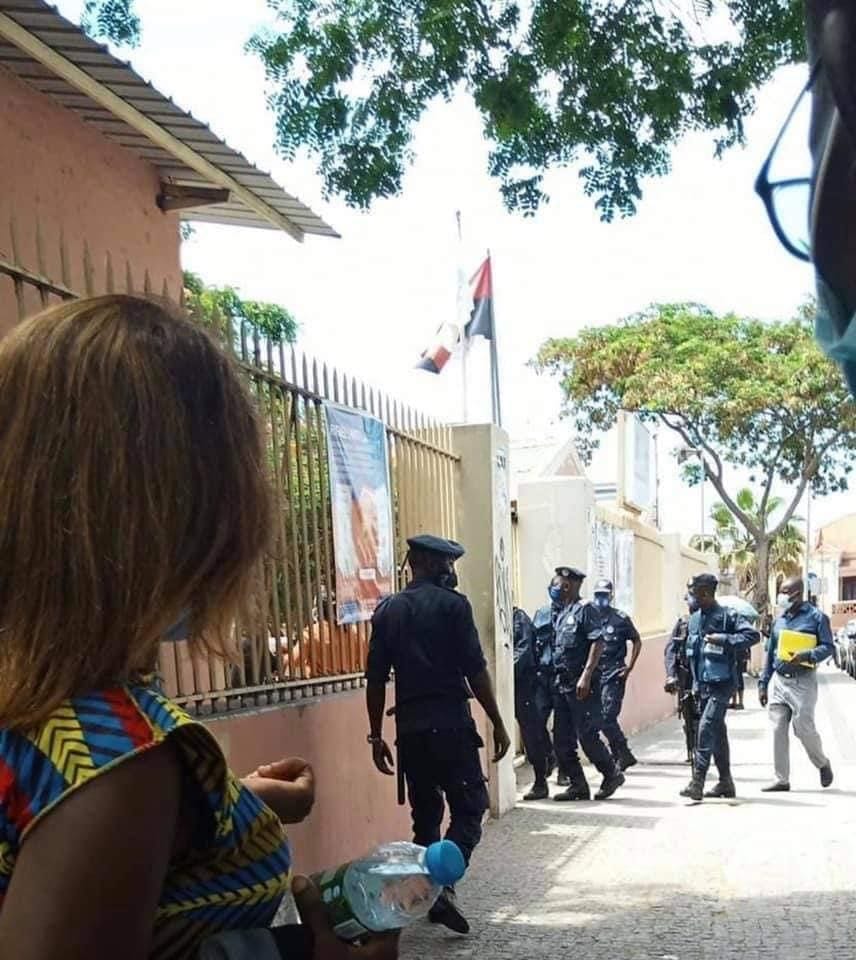 The demonstration was called by young activists, including Luaty Beirao, who is part of the well-known Angolan activist group  15+2,  members of which were jailed under the José Eduardo dos Santos regime for reading material about non-violent resistance to repressive regimes. The current president of Angola is Joao Jourenco. 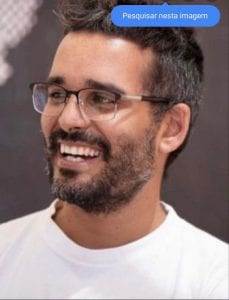 According to Amnesty International, the Angolan government denied permission for the November 11 demonstration, citing in part COVID-19 concerns. Activists reported they were threatened with harm if they went ahead with their plans. The activists did go forward with the demonstrations, which were widely reported to be peaceful until the police moved in. Among those detained by the police are Luaty Beirao, Nelson Mucazo, Luís Paulo, Muana África and Léo. Two young people, Laurinda Gouveia and Nito Alves, are in the hospital. Alves was shot, but has not succumbed to his wounds.

“Past peaceful protests in Angola have been met with appalling brutality by the police, with demonstrators assaulted and arrested for no other reason than demanding accountability from the authorities. Amnesty will be monitoring the situation closely, and documenting any human rights violations. Staging a protest is not a crime,” said Muleya Mwananyanda, Amnesty International’s Deputy Regional Director for Southern Africa the day before the demonstration.

November 11 in Angola is Independence Day – usually a festive occasion that marks the country’s independence from former colonial power Portugal.

In an odd twist to the day’s events, at one point the police were overwhelmed by the tear gas they themselves had fired, and were helped by activists, who gave them water. 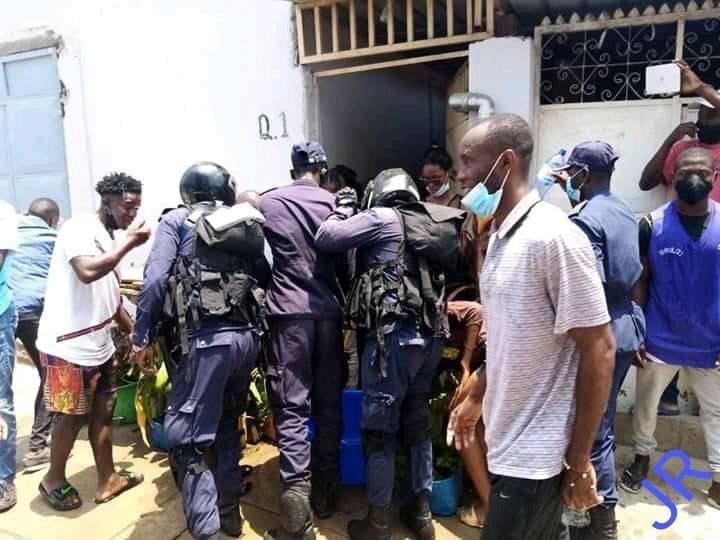 Activists help police, who were overwhelmed by their own tear gas

Approximately 2,500 Angolans live in Maine, many of whom arrived after fleeing persecution at home. The Angolan population in Maine grew during the summer of 2019, when many Angolan asylum seekers arrived in Maine from the southern border of the U.S., prompting Portland to set up the Expo Building as a makeshift shelter. The president of the Angolan Community of Maine is Nsiona Nguizani. 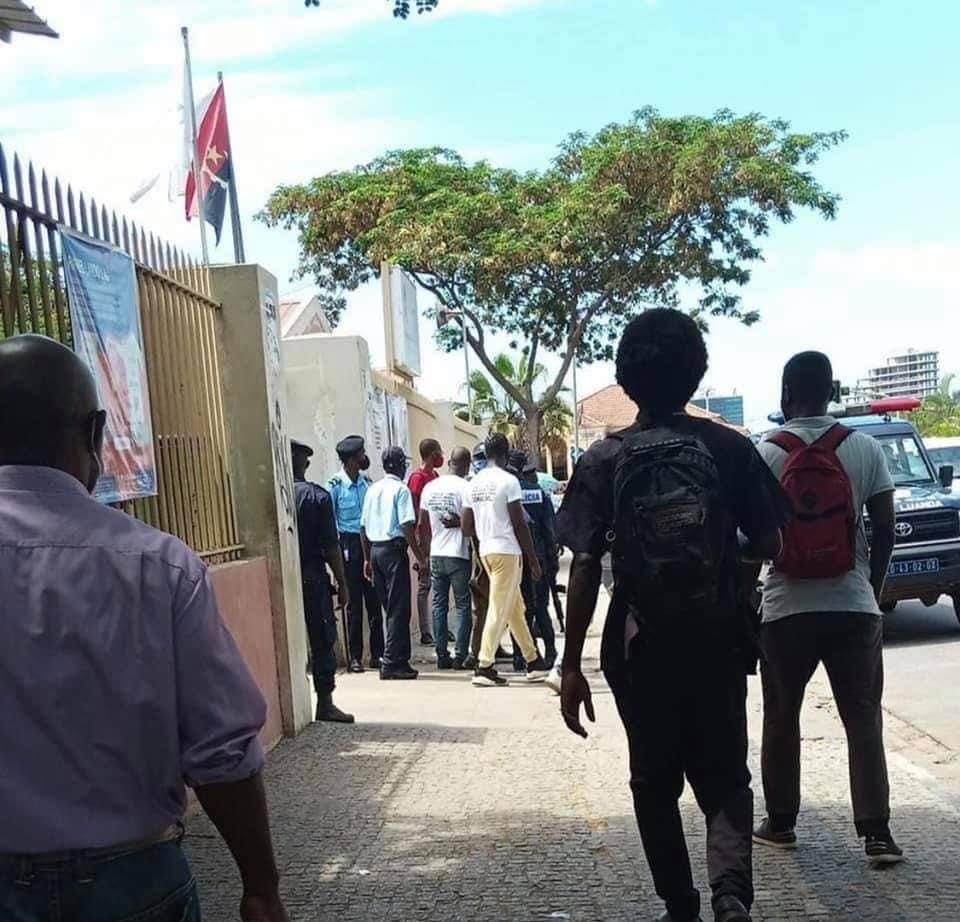 University of Luanda on November 18 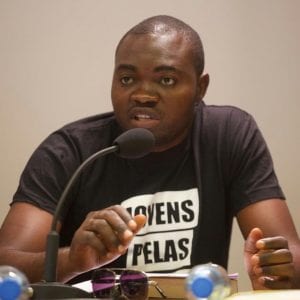 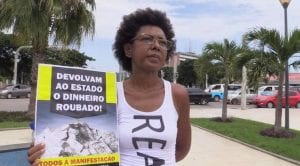 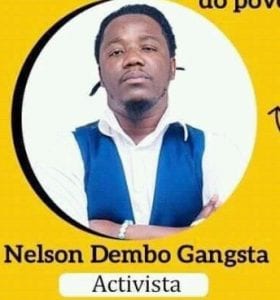 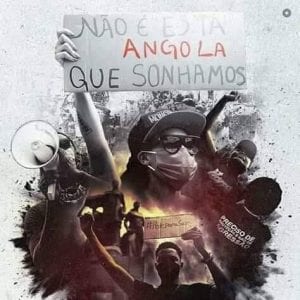 “This is not the Angola we dreamed about”