From the opening invocation by Rabbi Jared Saks of Bet Ha’am Congregation in South Portland, to the final remarks by State Rep. Rachel Talbot Ross, D-Portland, who was lead organizer of the event, the 39th annual Martin Luther King Jr. dinner in Portland moved the needle beyond an event honoring an inspirational and pivotal figure to one that also served as a call to action. 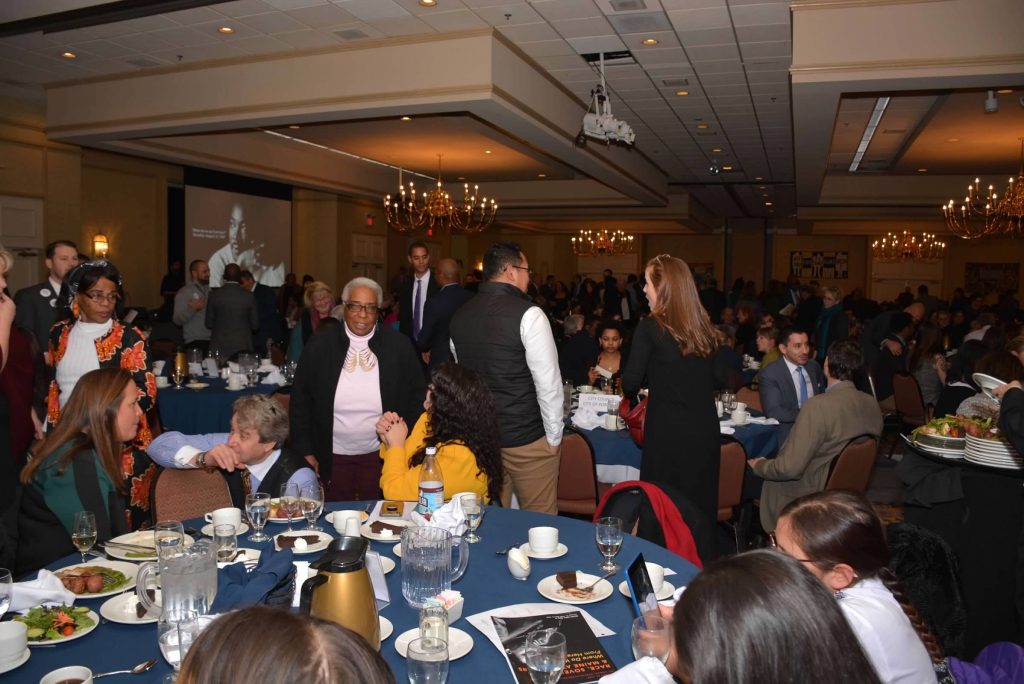 The evening’s speakers asked guests to confront Maine’s past participation in the “Middle Passage” of the slave trade, racism in the state in contemporary times, and also to aim for better days ahead. The theme of the event was “Race, Sovereignty and Maine at 200 Years: Where do we go from Here?” a reference to Maine’s bicentennial year. Representative Talbot Ross said, “We must make sure our kids know the truth about our history and who they are.” 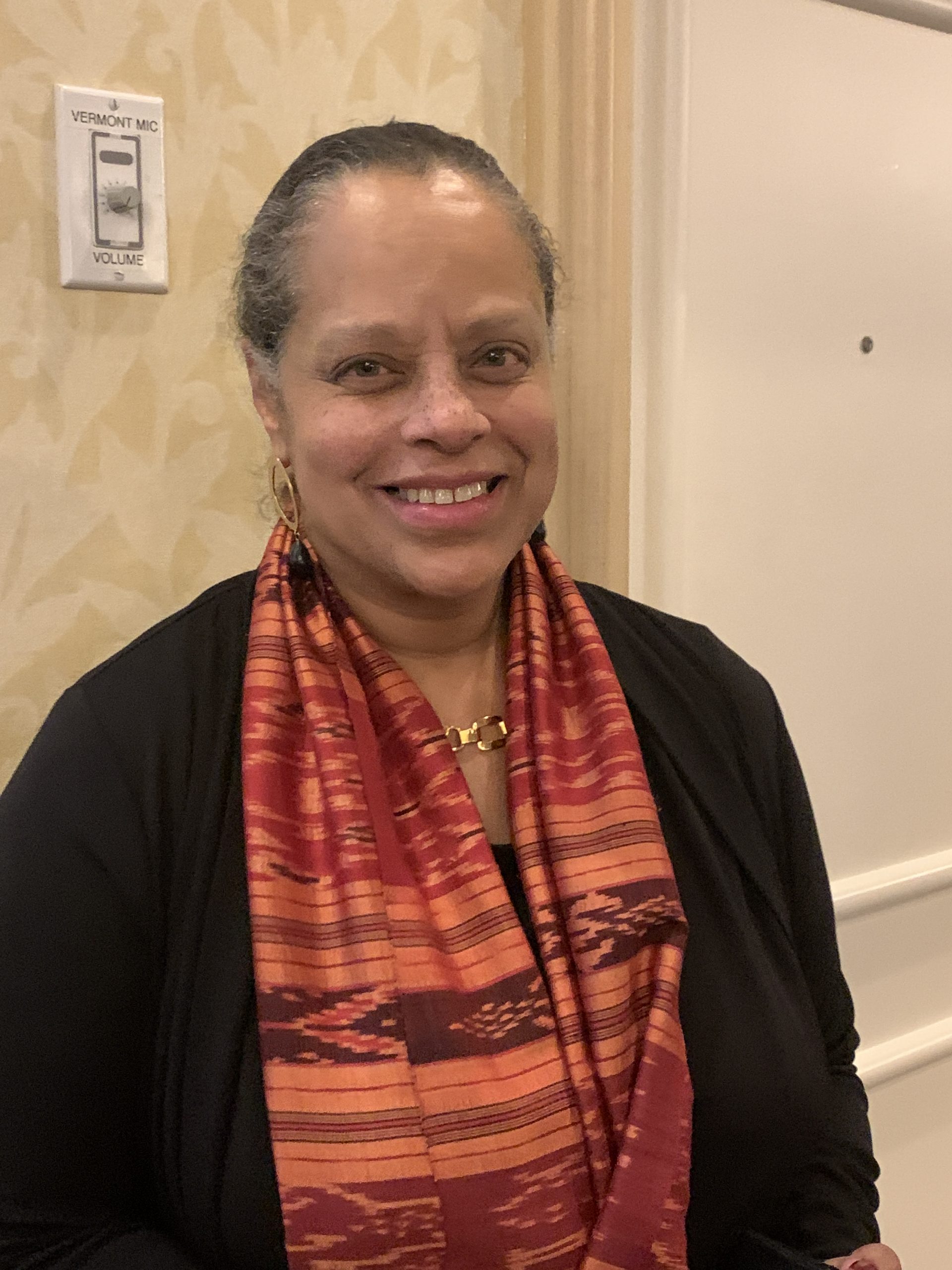 Martin Luther King Jr.’s legacy was central to the event, and reference was made many times through the evening to his final book, “Where Do We Go From Here: Chaos or Community?”  But the evening’s takeaway was the importance of truth telling in relation to the past, present, and future of race relations in Maine. Rabbi Jared Saks’ opening remarks made clear the evening would not always be comfortable, when he defined a racist as “anyone who has benefitted from racism… in other words, all the white people in the room.”

Dr. Darren Ranco, Chair of Native American Programs at the University of Maine, and Chief Kirk Francis, head of the Penobscot Indian Nation, highlighted the oppression suffered by indigenous people in Maine during the same 200 years currently being celebrated on the occasion of Maine’s bicentennial. He and others encouraged those organizing observances of Maine’s bicentennial year to be sure to include the history of minorities in Maine. Crystal Cron, President of Presente!Maine, observed that “a lot of good work is being done to support New Mainers, but I’m not seeing Latinos included. We’re here – presente – in Maine.”

Kate McMahon-Ruddick, of the Center for the Study of Global Slavery at the Smithsonian National Museum of African American History & Culture, said, “When I think of Maine, I cannot help but think of slavery.” She explained that Maine ships were involved in the slave trade, buying and selling human cargo until well into the Civil War years. Rather than mythologizing Maine’s maritime history, she said it was important that Maine “grapple with these suppressed histories that are hiding in plain sight.” She showed spreadsheets that detailed Maine’s participation in the slave trade, with ships that originated from many Maine locations such as Portland, Rockland, Camden, Stockton Springs, Bath, and Robbinston.

Maine is still living with the legacies of the slave trade, according to James Myall, policy analyst from Maine Center for Economic Policy. He shared statistics that referenced “much higher levels of poverty, a large wage gap, lack of access to health care, less physical health among people of color in Maine.” He said that people of color in Maine are two times less likely to be able to visit a doctor when they need to.

“To those who say we don’t have racial disparity in Maine … there is at least a 20-point gap in math and ELA performance on standardized tests in Maine. And in Portland, it’s closer to 30 points,” said Xavier Botana, superintendent of Portland Public Schools. He has looked closely at data to determine whether it is race or poverty that is causing that gap. “It’s race,” he said.

Chief Francis talked about the importance of minority groups working together to create meaningful systemic change, and of white organizations getting involved as well. 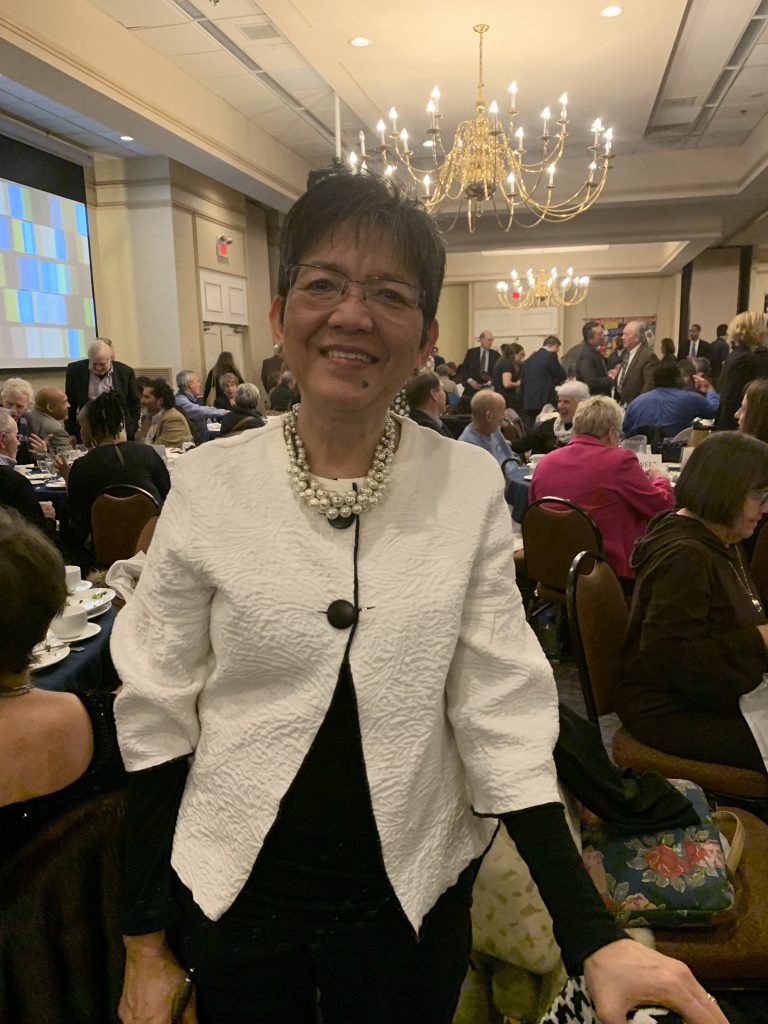 Grace Valenzuela, Director of the Multilingual & Multicultural Center of the Portland Public Schools

Grace Valenzuela, Director of the Multilingual & Multicultural Center of the Portland Public Schools, focused on the future.“Let Maine be the state where every child and adult has a true understanding of history,” she said. “We need to look back to move forward. We need to tell our children. the truth … and enable all graduates of our schools to develop a critical lens toward history…. We have to embrace the fact that inequality exists because one race benefits.”

The event took place at the Holiday Inn by the Bay in Portland on January 20, attended by 735 people. 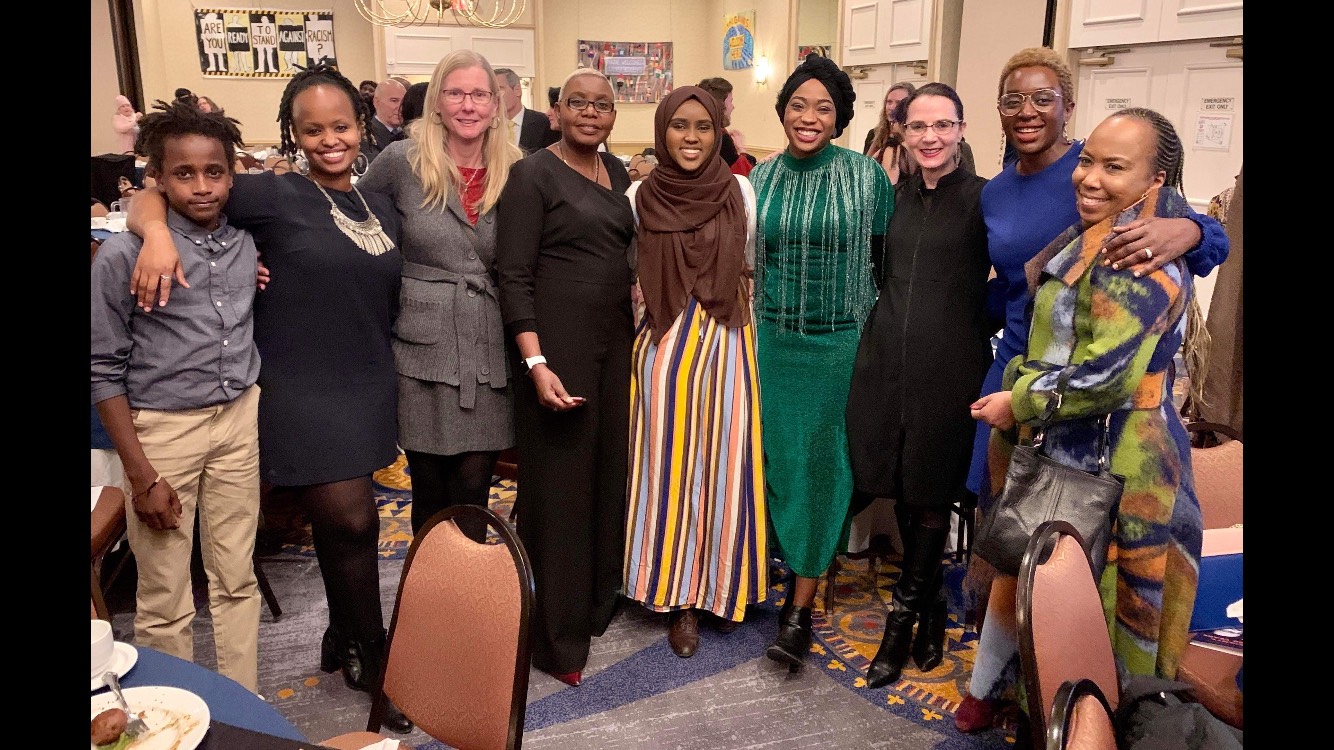 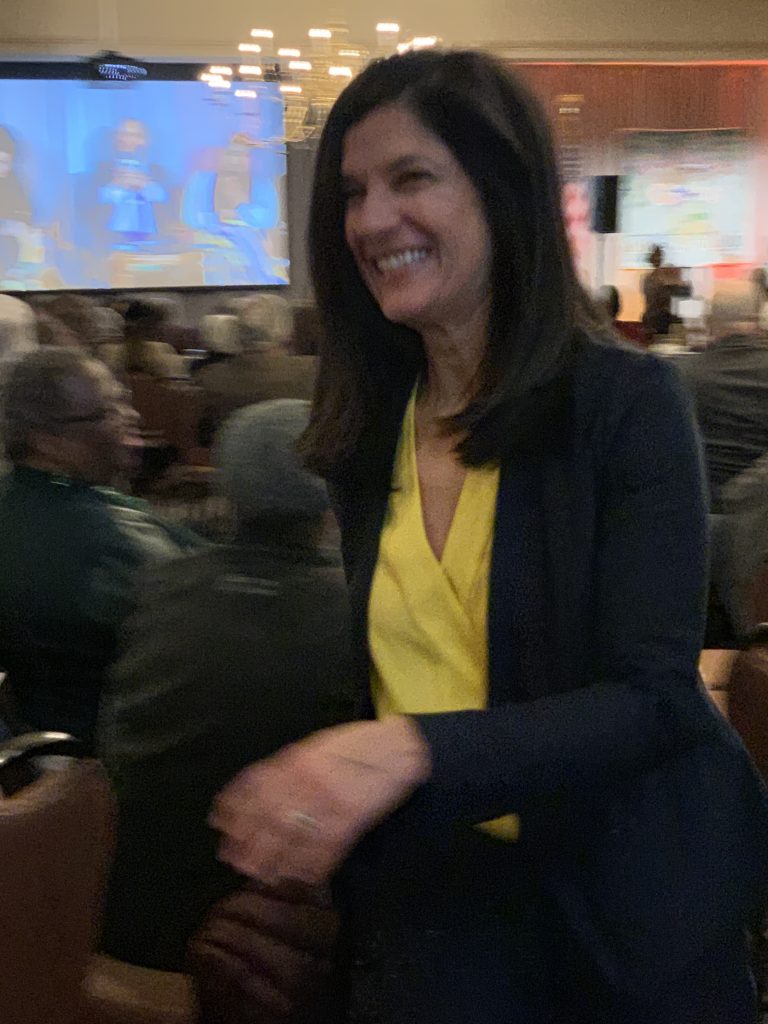 Speaker of the Maine House of Representatives Sara Gideon 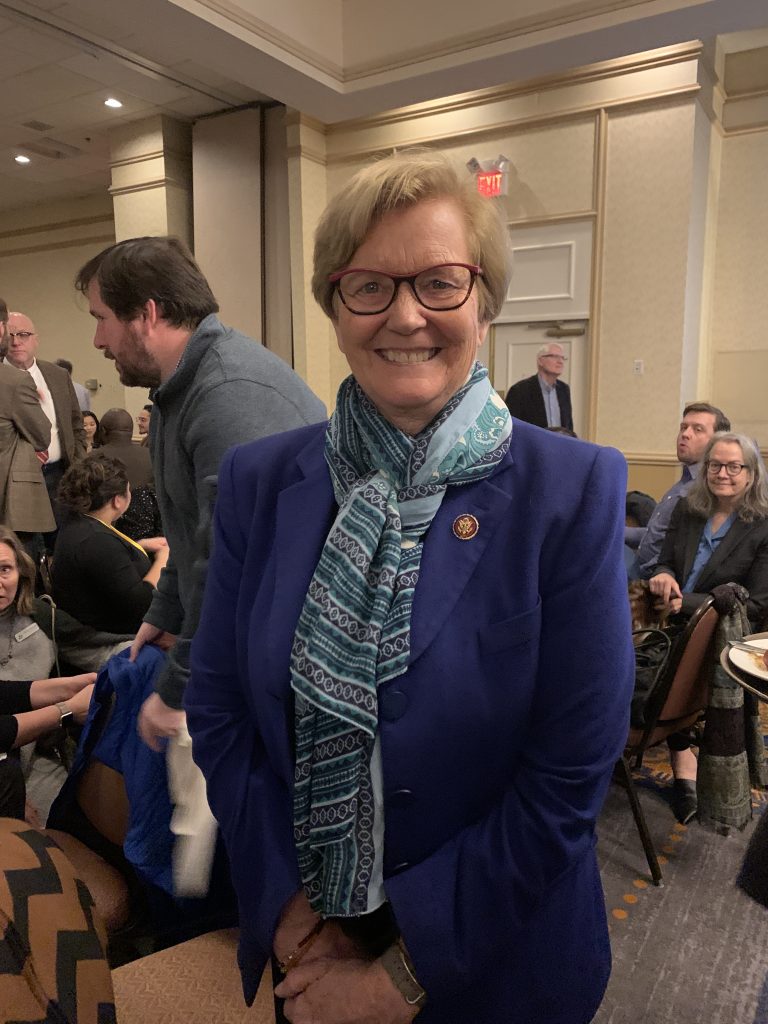 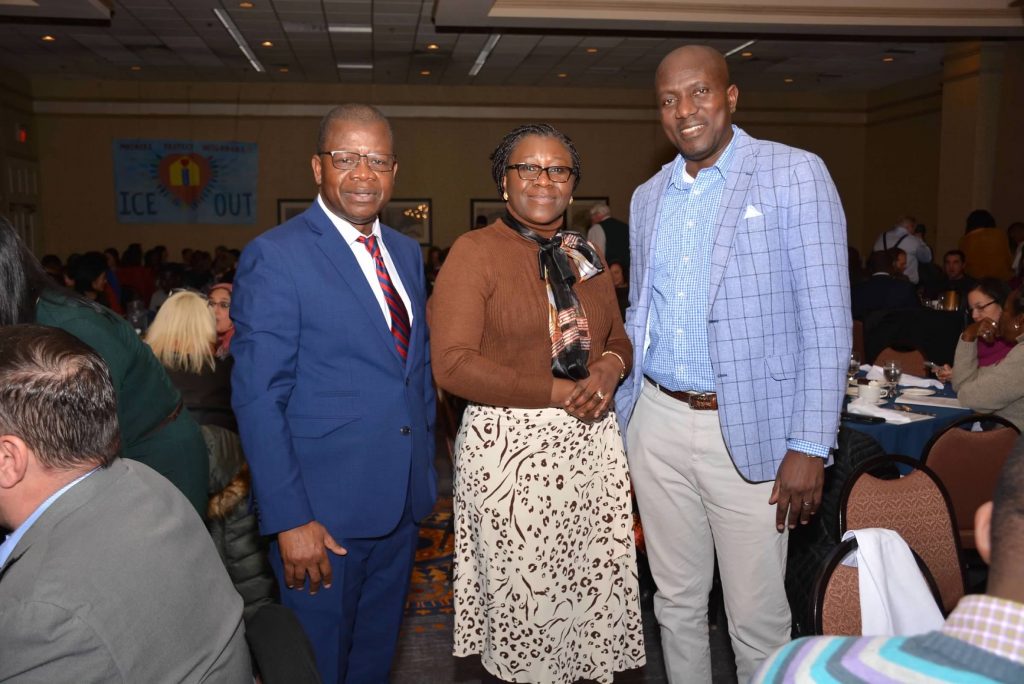 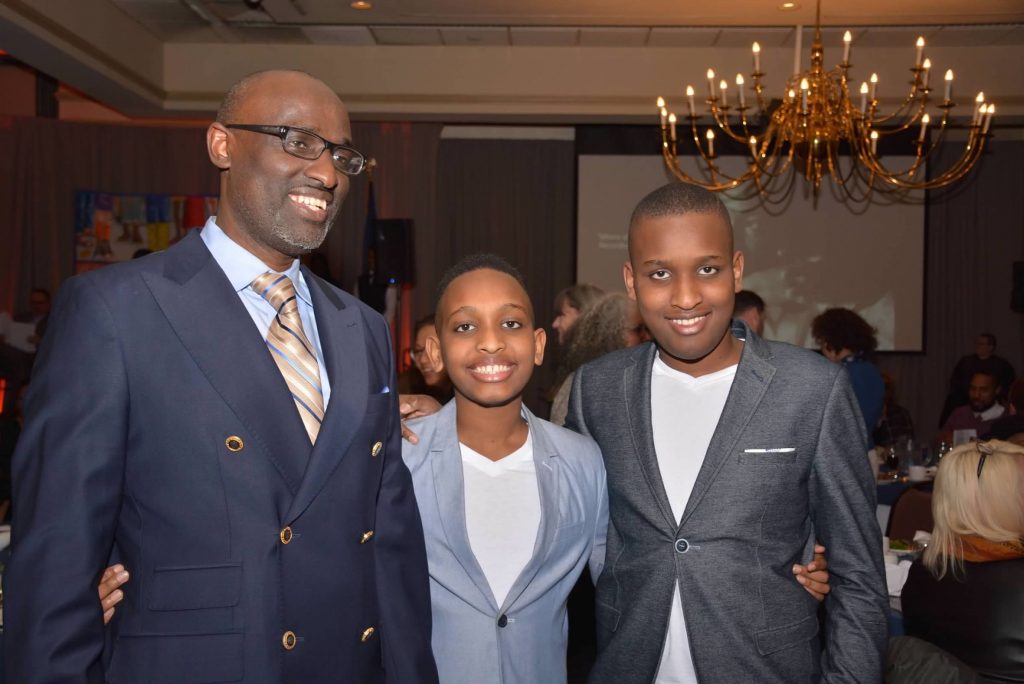